If you spend more than 5 minutes browsing around dating sites and Youtube channels, you’ll see copious amounts of content telling you how to “make” a woman like you, or agree to something which she wouldn’t ordinarily do.

It’s all wrong. You cannot make a woman do anything she doesn’t want to do (unless you take the illegal physical route, I will not say the word). Instead, you need to be persuasive, in control and stir her emotions so that she convinces herself of her decision.

This concept is one of the most important pillars of success with women, so it’s vital you get it. Even though it takes time and practice to internalise – because for a lot of men it goes against their nature (I will explain why)

The difference between rhetoric and dialectic.
Changing emotional states.
Being able to spot when she actually likes you despite what she may be saying. (OTherwise known as watch what she is saying, not doing) 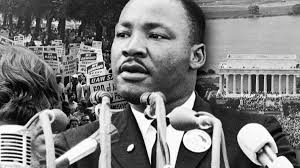 The art of effective or persuasive speaking or writing, especially the exploitation of figures of speech and other compositional techniques.

Think of Martin Luther King and his “I have a dream” speech.

The Grand Daddy Of Rhetoric

The art of investigating or discussing the truth of opinions using logical syllogism.

A syllogism is a form of logical reasoning that joins two or more premises to arrive at a conclusion. For example: “All birds lay eggs. … The minor premise is that a swan is a bird. The conclusion links these two propositions to conclude that if a swan is a bird it must lay eggs.

Dialectic reasoning was first established by Zeno of Elea (according to Aristotle), and became famed in the work of Socrates and Plato in the 4th and 5th centuries BC. The rigourous method of thinking and reasoning has survived since then.

This is pure speculation on my part, but I believe higher IQ men tend to be dialectic thinkers. Thus, to convince themselves of something, or to be convinced by someone else they will need a logical argument with evidence. They tend to be more resistant to rhetoric, powerful emotional speech or rhetorical tricks. I have no evidence for this, but it seems to make sense.

More generally, most men are swayed by dialectic reasoning than women, though there is an overlap between the sexes. You only have to look at how political debate has degenerated into identity based clown world to see this in action. (I believe part of the reason for this is the increasing tensions in Europe and USA due to unchecked, globohomo pushed immigration causing fractures and cracks all over Europe and USA, but also because world IQ’s are declining and have been since 1975.)

Think about your own situation. I’m sure you can appreciate the allure of a powerful speech and rhetorical tricks, but do you accept wholesale what the speaker is saying? I think not. I bet most of you do a little research afterwards to see if the speaker is correct, and to check up on any facts. Right? If you do, then you are more likely to be a dialectic thinker.

Now if you understand the difference between dialectic and rhetorical thinking, think about how you relate to a woman you are interested in. Imagine you’re on a first date with her and you like her.

A lot of men commit 2 basic attraction killing mistakes. 1: Qualifiying themselves by trying to “impress” her too much and 2: Doing this by dialectic means. In other words, they try and MAKE her like them by dialectic thinking and talking.

Some examples of this:

And so on. Now this is basic and obvious stuff (or it should be to most of you), but I am willing to bet a high % of you still do this (I know this because I also bet a lot of you don’t eat right, are not in shape, and haven’t approached in a long time with no reason not to).

Because you’re a man and a dialectic thinker, you assume women are the same.

The way around this is to start using rhetoric – (think stories, imagery, showing vulnerabilities at critical moments, the Love Bubble) and so on.

Moreover, jettison the idea of MAKING a woman do anything she doesn’t want to do. It’s a sign of an inexperienced, callow boy who doesn’t understand how the world works and often doesn’t have the best interests of the woman at heart. Instead, you need to relax, accept that you won’t make her do anything, capitalise on girls who are at least somewhat interested in you and do so strategically by rhetoric and changing her emotional state.

Start giving her a nickname. I was on a date last night and the girl said she is very naughty very often. I told her she reminds me of a lemur (and showed her a picture).

If she throws up logical objections (you’re too old, whatever), do these kind of things. Verbalise that you have a great time together and it would be a shame to let that go (if that is how you genuinely feel). Then abruptly change tack and tell her you like spanking her bum.

There’s a lot of concepts in these ideas and as I say it takes time and repeated exposure at the coal face of masculine vs feminine energy to internalise it. One the one hand, you need to change her state, drop dialectic thinking. On the other you need to want her at the same time as being indifferent to the outcome. All of this in real time without betraying any inner conflict, neediness or loss of confidence.

Check out my book and video products for further expansion on these key principles. And remember : you never , ever make a woman do anything.

Daygame 101 : This Is The Most Efficient Method

4 Gamma Males Attack Me – I respond!

Authenticity : Your Greatest Friend Or Your Worst Enemy