I’m an introverted man. Throughout my life I’ve always been happiest and most relaxed when by myself, be it reading or just walking around town lost in thought. You can imagine that when I first became interested in the Seduction Community that this introversion was a problem.

I could do nightclubs – no one better – but not in the way that I’d see the so called “name” pickup artists operate. I’d watch them hitting on girls in nightclubs and it would send a cold shiver down my spine.

I did it totally differently.

Flashing lights, loud dance music, hordes of screeching girls and shouting men! If Dante had written his Inferno in 2014 perhaps the fifth circle of hell would’ve been called Movida (a popular London nightclub).

I loved to seduce hot girls but not at the price of wasting all night in someone else’s cramped sweaty basement, drinking £10 beers, godawful music pounding so loud I can’t think straight, surrounded by posturing braggarts trying to convince everyone they are having fun. Ugh! 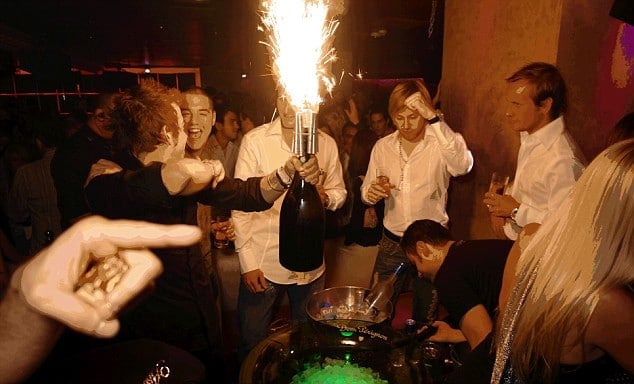 I’m one of the 25% of the human population that is naturally introverted. What does that mean? I use the classic Myers-Briggs definition of extraversion and introversion: “People who prefer extraversion draw energy from action: they tend to act, then reflect, then act further.

If they are inactive, their motivation tends to decline. To rebuild their energy, extraverts need breaks from time spent in reflection.

Conversely, those who prefer introversion “expend” energy through action: they prefer to reflect, then act, then reflect again. To rebuild their energy, introverts need quiet time alone, away from activity.” There is a lot of good pick-up advice in the world. The problem for me was it has been written by extraverts for extraverts.

Believe me, I tried my best to follow the advice. I’d try going into bars to talk to everybody, to make small talk in cafes, to run “entourage” on nightclub VIP tables and I resented every single moment of it. I felt like a fraud.

I was behaving in a manner completely at odds with my natural disposition. I didn’t lack social skills – What I lacked was any interest in social contact just for the sake of it. I’m an introvert.

Over time I graduated to day game as my favoured style for meeting girls. I’d walk around the streets serenely enjoying my own thoughts and then, when I saw a girl I liked, go and introduce myself. It would be direct one-to-one communication, with a clear aim, and no distracting bullshit.

Then we’d have coffee, then a beer, and eventually have sex. From beginning to end it was just me and the girl and it felt great. I avoided the whole “circus” of group socialisation.

It’s just you and the streets buddy…

I’d learned that introversion is a very powerful seductive tool. While looking into the girl’s eyes I could create sexual tension, discuss interesting subjects at length, develop strong emotional connections, and gradually take her through a long pleasant emotional ride. I’d create the Love Bubble, population: two. 25% of girls are introverted too, so they really like the experience.

At around the same time I was reading a lot of Game material about the male hierarchy. In simple terms there is the Alpha Male who heads the group and attracts all of the women. Below him is a vast sea of Beta Male drones who follow orders and swarm unsuccessfully around the hot girls.

At the bottom are the Omega Males who are so unpopular they just stay at home playing World of Warcraft. It seemed to make sense. Game advice was to understand and model the behaviours of the alpha male: be dominant, control the group, develop a “high value” lifestyle and so on.

The problem is, that’s such a fanny on. I don’t want a large social circle, I don’t want to fight my way up the slippery pole to lead the group. Even if you inserted me effort-free into the King’s chair I’d immediately look for ways out. I don’t want to lead. I certainly won’t follow.

Not time for this whatsoever

I have no time for the male hierarchy. What do I care what other men think of me? I’d noticed from watching movies that the characters I gravitated towards were never the “alpha” leaders.

Watching Star Wars I pitied Darth Vader – what a colossal fanny on it must be to run the Death Star and keep all your minions in line, having them constantly looking up to you for direction and leadership when you’d rather be in your room banging Princess Leia. The bounty hunter Bobo Fett seemed to have a far more pleasant time, jetting planet-to-planet getting into scrapes and collecting bounties.

The Light Side was no better. While the alpha-in-training Luke Skywalker was dicking around in swamps with Yoda learning to become the hero, Han Solo was knobbing his woman and smuggling contraband across galaxies then getting sloshed on alien booze in dive bars. That’s what I wanted.

I didn’t want to be the Mexican gang leader on the frontier town, building an empire of bandito followers. I wanted to be the gringo who rolled into town with only his horse and six-shooter, then left a few days later with the hottest girl and all of the gold.

In those movies I’d discovered the Sigma Male. I’d discovered there is an extra wrinkle to the male hierarchy. Whereas the alpha male is inside the hierarchy, the sigma is completely outside of it. Although the alpha is the “winner” of the male struggle he is also constrained and trapped by the very ties that bind him to his followers.

He has responsibilities, worries, and challengers. The alpha male is the winning extravert. In contrast, the sigma male has all of the positive characteristics of the alpha male but differs in one crucial aspect: he is introverted.

He values his freedom above every other consideration. He’s the wandering nomad, the iconoclast, the lone wolf. Here’s the good news: women are just as besotted with the sigma as they are with the alpha. The men are merely at opposite ends of the introversion-extraversion spectrum.

The alpha and sigma share many attractive qualities: strong frame, creative thought, social savvy, self-interestedness, strong boundaries, a love for life. It’s just one feeds off being in groups and the other feeds off solitude.

Introverted men who want to improve their relations with women should model the sigma male, not the alpha. It is the path to becoming cool while still living in accordance with your natural disposition.

Sigma game feels right. You won’t have that awkward sense of “faking it” that extraverted types of game give you. No more running around clubs like a monkey. With sigma game it’s just you and the girl. One-on-one. Inside the love bubble.

Are YOU A Sigma Male? Take The Test Below To Find Out!

This Sigma Male test is designed to test how many Sigma qualities you have.

After you take the test, I’ll send you a personalised training programe based on your results to help you grow as a Sigma Male! You’ll need to enter your email to access the program.