There’s a fascinating subculture of voyeur street videos on Youtube in places like Thailand, Phillipines, Colombia etc. You can log on to Youtube and watch hours of footage of the street scene in the various parts of these tourist magnets. And when you do, a fascinating subculture emerges which tells us all we need to know about male thirst, pain, lonliness and dysfunction.

Before we contine, let’s have a look at a sample : Here’s a clip taken completely at random on Walking Street, Pattya, Thailand:

Video From Walking Street, Pattya, Thailand
I hope you get the format of the videos. Let’s observe 2 things before we contine:

1: These videos get a LOT of views. Bear in mind that the footage I have shown you is representative of the kind of videos you’ll see on these channels : no commentary, no insight, no thought. Just a dead eyed Go Pro insight into subculture of these popular tourist streets.

Why do they get so many views? Keep reading!

2: The comments give us an insight into the view count. Lots of timestamp links to individual girls who capture the attention of the commenter, often coupled with forbidden and naughty things that the commenter would like to do to the girl in question.

Or, comments that the guy (or let’s be honest, punter) that is with the girl is lucky, and speculation as to how much he paid for her.

These videos are clearly fascinating to men. What’s even more interesting is that in the majority of cases, there doesn’t appear to be any delusion here. Often the comments acknowledge that the girl is clearly with the guy for money and security…And what is wrong with that? 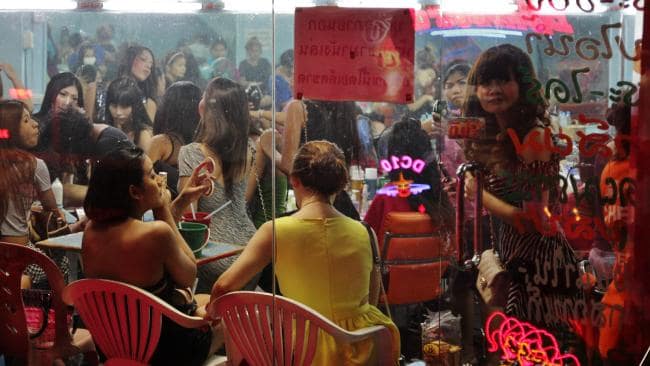 I don’t know how old you who are listening are. Some of the men in the videos with these young Thai girls are clearly 60+. Regardless of the clear transactional nature of these relationships, it’s clear that for many men this is a downright aspirational lifestyle, or if not , it’s still superior to what they can get back home. So what’s going on here?

You have a two tiered scene. On the one hand, the guys who leave their home country (often Australia), often in their 60s + (which makes them boomers – so they luckily have a pension), and they go to seek another life in Thailand.

I don’t have hard and fast data of the number of guys leaving their home country to live in places like Thailand. But I did find some interesting articles online. Here’s one which I think captures the essence of what is going on here:

Then you have the voyeurs who watch these videos on Youtube and presumably fantasise and dream about how it would be. So what is reality like on the ground for these 60 + guys in Thailand?

Per the article I found online :

This story is recounted from the perspective of an Aussie guy who rescuses Thai women that have fallen prey to sex trafficking and prostitution. He tells a fascinating story from both perspectives. Let’s zoom in and listen to what he has to say about the men he encounters: 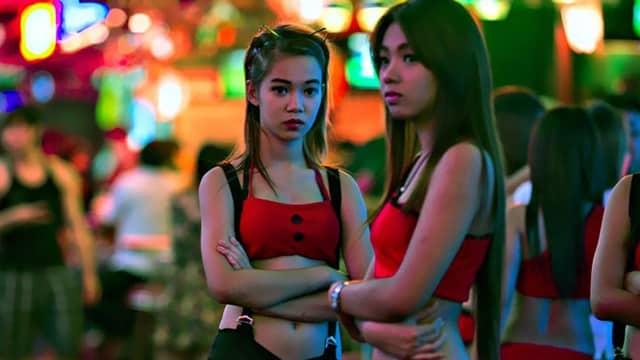 Clip From The Article About Sex Trafficking In Thailand

““These men who’ve moved to Thailand, moved to Pattaya, moved to Bangkok, they’ve all got the same story,” he says, sharing with me about the sex tourists and expats he’s gotten to know over the years.

“They think coming to Thailand for sex is going to fill a void in their lives, so they pursue this dream — and then they realise that the lifestyle they’ve chosen is empty and meaningless.”

“[At first] they say, ‘I get sex whenever I want, it’s great!’ But when you go a little bit deeper they always talk about their broken relationships, and how [their marriage was] the only one time that they felt true intimacy and love; that they could truly trust somebody,” he reveals.

In particular, Dan remembers an Australian man who threw away his relationship back home to follow a lifestyle of freedom and pleasure in Thailand; a decision the man admitted was the ‘biggest regret of his life.’

“He tried everything [to fill the void],” says Dan. “Sex with young girls, sex with ladyboys, everything. And then one day he got to a point where he was like, ‘what’s next? What’s left to try?’

“I was sitting next to him, and out on the street in front of us were deaf girls, prostituting. He said: ‘Hmm, deaf girls. Do you think they might be a good root?’

He concludes his story:

“Understandably, a lot of people in Australia, a lot of women, look at these men with bitterness and hatred and anger, but when you talk to these men, you realise the truth; that they’re hurting men, they’re lost men, they’re men who’ve made decisions that have set them on a path of destruction,” he explains.

“I remember one man asking, ‘do you think after we die, we’ll have to pay for all of these bad things that we’ve done?’” he recalls.

What Can We Learn From Their Story

I think there’s a lot we can learn from this. I’ve been to Thailand and I’ve seen what goes on there. It really is no kind of life. I do not think I will feel any differently when I am 60 + either.

My position is as it always has been : work hard on yourself, make yourself the best man you can be…When you read my book Primal Seduction it becomes very clear very quickly that authenticity is one of the keys to happiness and real loving relationships. You may not realistically be able to shag 18 year old girls as a 60 year old man. But if it’s not real anyway, there is no enjoyment in it.

I’ve said that for years. If you read my book Primal Seduction, or watch my video series Secret Society, you’ll see that I’ve said for years that you have to come from a position of love and respect for women, but balance it out with a nuanced understanding of how to manage and handle them. It’s not all sweetness and light, of course.

You don’t want to end up like these guys, engaging in soft prostitution as a 60+ year old man. In my view this story and the voyeur Youtube videos serve as a warning to the kind of life that awaits you if you don’t work on yourself. (And that’s assuming you have the money to live that life, which the majority of you watching will not, when you hit 65. There won’t be any pension for any of you (or me!)