What Is Status Jockeying?

Status jockeying between men is an attempt to elevate ones position on the socio sexual hierarchy, usually by rhetorical means, such as so called “banter” or playful argumentation, joking around, or light physical conflict, and so on.

Let’s refresh our memories of the socio sexual hierarchy :

For a full breakdown of the socio sexual hierarchy, check out this post:

Why Do Men Status Jockey?

When you boil down the actions of men, including status jockeying, it usually revolves around basic needs, wants and desires. In this case, money, power and sex. Practically everything any man does is to acquire these basic needs.

The average man who is part of the socio sexual hierarchy will encounter status jockeying throughout most of his adult life, usually through friends and especially the workplace. His ability to status jockey effectively will have a direct effect on his ability to earn money, acquire a hot woman, his state of mind, and his self esteem.

When you realise this, you realise that partaking in the socio sexual hierarchy will inevitably lead to some men rising to the top, and others being pushed further down, RELATIVE TO OTHER MEN. In other words, other men who certainly don’t care about you or have your interests in mind will have an effect on how your life turns out.

I decided early on that this was intolerable. I had my own set of judgements about how I assesed other men, and I was not going to let them have power over me. This was the beginning of removing myself totally from the hierarchy and thus never needing to engage in status jockeying again.

Why Sigma Males Are Different

Look at the socio sexual hierarchy again. Notice that the Sigma is outside of the hierarchy by choice. Why might this be?

The fundamental reason is that Sigmas are usually introverted, and often find jockeying for position with other men tiresome and unnecessary. From my experience, I can tell you that once I entered the working world, I very quickly grew tired of the constant banter and jostling for position.

As a Sigma I was instinctively driven to remove myself from the hierarchy as quickly as possible. I absolutely loathe status jockeying and bantering with other men. In my opinion, it is tiresome, boorish low IQ behviour, but most importantly in my case it is also totally unnecessary.

Once you realise you can remove yourself completely from the hierarchy, you no longer need to engage in this kind of behaviour. Leave it to other men who are so inclined to banter and jockey amongst themselves. Just keep me out of it, and never try to drag me into it (more on this later).

Why Status Jockeying Is Unnecessary As A Sigma Male

The first reason I loathed status jockeying so much is because I realised that I could remove 50% of the reason to engage in it straight away, even whilst being forced to associate with men at work who seemed to enjoy it. Since an early age I used to go to nightcubs alone, and quickly became very successful at picking up attractive women – even as a young man I knew I could thrash any of the plonkers who were “bantering” with me.

Literally the only time I had to engage with other men in competition for women was if someone challenged me in a nightclub over a woman. Once or twice this led to physical conflict, including on one occasion me stamping on a guys face , knocking him out and breaking his nose and jaw..Another time, I was battered around the head but was basically OK. I can count the amount of times it happened on one hand, and alcohol was always involved.

There is no need to get into these kind of conflicts. It literally doesn’t happen (it also helps if you work out a lot, are physically strong and are prepared to assert yourself if need be).

At this age, since picking up women was what I was principally concerned with, then that was how I judged the quality of man I was forced to staus jockey with.

Since I was already light years in front of them, why would I need to bother? By my judgement they were beneath me, and I found it intolerable that I needed to engage with them. Understand that status and power meant nothing to me. All of my power comes from within, and is entirely within my locus of control. As we’ve already established, I didn’t need status or power to get women. So why engage?

Think carefully about why you might need status and power. In most cases, it is to help you to get women. Since I already acquired this skillset at a relatively early age entirely solo, without a wingman, or a group, I didn’t need any kind of status jockeying. So why bother?

The only reason was through work.

The notion of even having to associate with men who status jockeyed becamse tiresome, as did having to get up in the morning, take orders, associate with people who I didn’t want to..Plus earn money for the company, without a direct and tangible improvement on my bank balance or quality of life. What was in it for me? Why should I work to benefit others? Fuck that.

As a Sigma Male, I realised this too was intolerable. I didn’t want to be part of the hierarhcy AT ALL, which included having to go to a job, listen to other people’s concerns, and use my labour to benefit other people.

Consider the fact that you are reading this on my website, or listening to it on Youtube. It is by design that I broadcast out, and you choose to listen (or read), or not. In other words, I have a one way connection to the community. I give my opinions which are based on a lot of thought and cogitation, and I try to make it as helpful and useful as possible.

But I don’t debate with anyone, or allow any status jockeying or banter on my channel or website , particularly in the comments. I always respect reason and evidence and If I am wrong about something I am prepared to admit it straight away and learn from it.

But this isn’t a forum for debate, where anyone can pop off with an uninformed opinion, or an attempt to sit in judgement over me. To all intents and purposes I am outside of the hierarchy in every sense, and I never want to go back – including engaging with other men who do not have my best interests at heart. 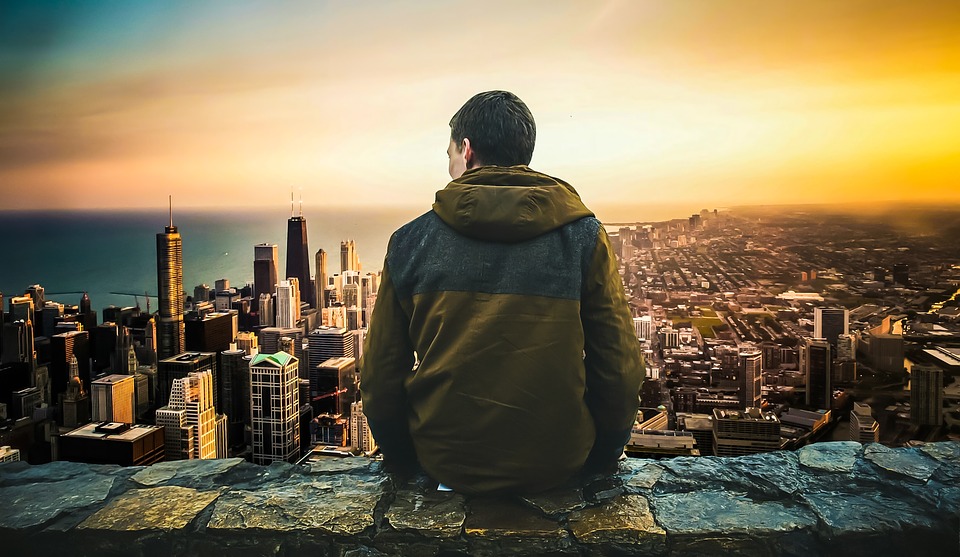 Master Of My Own Destiny

I hope this gives you an insight into the mindset of a Sigma Male who has taken himself out of the hierarchy. As I hope you can see, for some men, being part of the hierarchy is not an option at all, so you do whatever it takes to get out of it and live life on your terms.