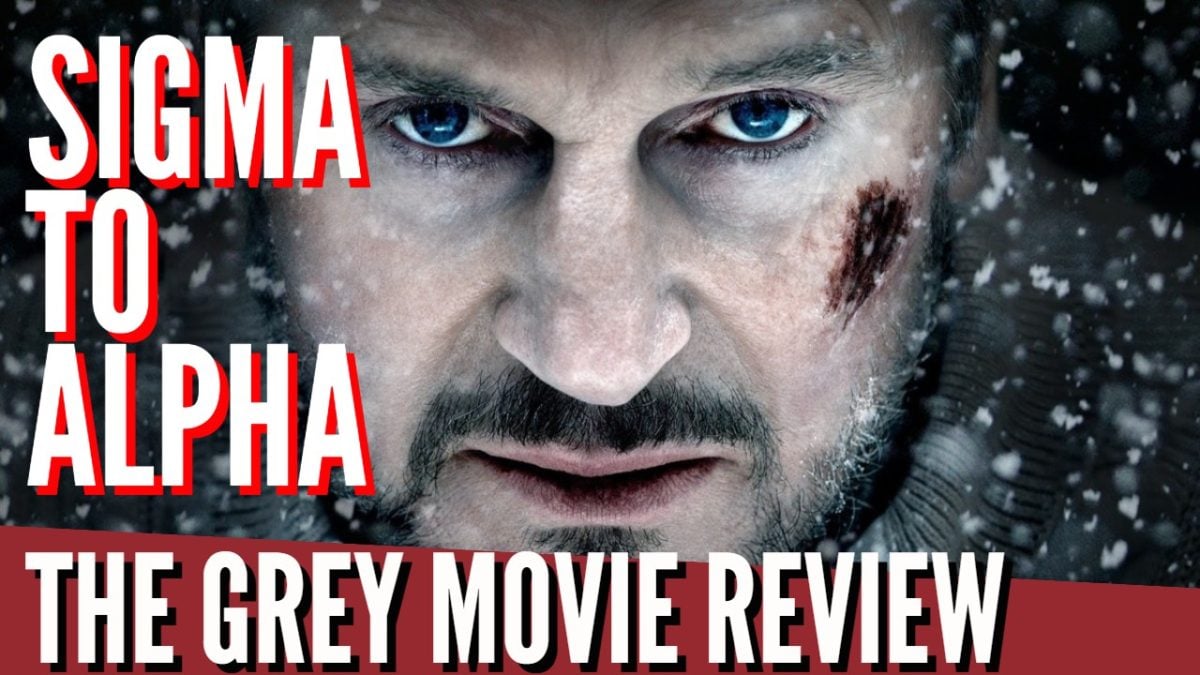 The Grey is a thriiling, edge of your seat movie that straddles multiple themes that should be of interest to you. You can take what you want from this movie by looking at it on a superficial or deeper level.

Superfically, it’s a thriller / action adventure movie about battling a pack of giant malevolent Wolves who are hellbent on your destruction.

But on a deeper level the movie isn’t about Wolves at all. It’s about finding redemption, inner peace and even moments of joy through struggle, and taking your focus off your own narrow self interests to help others instead. 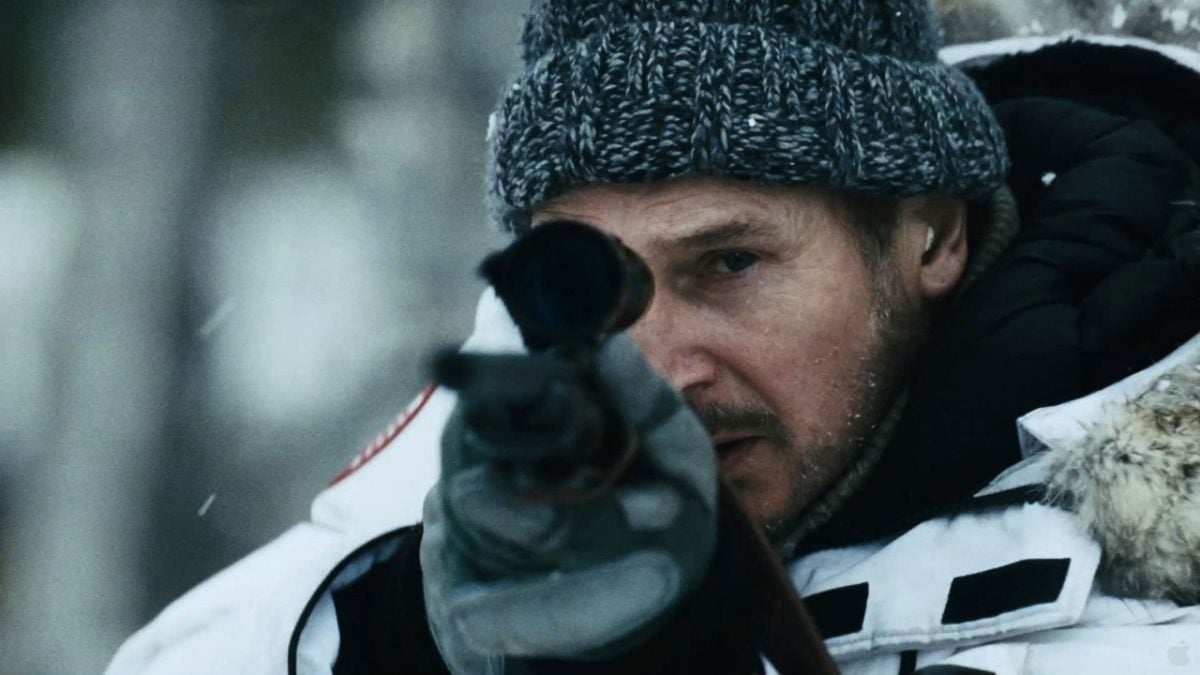 It’s about discovering meaning and strength in adversity and facing your worst fears with courage and steadfastedness. You’ll also find the themes of masculinity and competence.

Of course, as per the title of this post, the main character starts off as a Sigma but is forced by circumstances to take responsibility and become an Alpha (the leader of the pack) instead. So it raisess discussion of the intrinsic personality traits and abilities of each archetype of the socio sexual hierarchy, and how circumstances can bring out these traits in an individual.

There are numerous example of the human characters reacting in wildly different ways to circumstance in the movied. You’ll see Sigma behvaiour turning to Alpha male caring for the pack, Gamma disruption, Beta following.

When the movie starts we find that the main character, Ottaway is an oldish man working on an oil rig. He’s a hunter and is paid to protect the oil workers from the Wolves that surround the rig and occasionally dart out, making a beeline for the men to attack and kill them.

He’s a taciturn sort of guy and we’re told he thinks badly of himself and the guys who he works with.

” I don’t know why I did half the things I’ve done, but I know this is where I belong. Surrounded by ex-cons, fugitives, drifters, assholes. Men unfit for mankind.”

We learn he dreams of his wife, who tells him “don’t be afraid”, before she drifts off. Straightaway we understand that he can’t get to her or ever see her again.

Early on we see that he’s a loner, he doesn’t associate with the other men. We find out he’s suicidal : he writes a note to his wife, leaves the tavern where the men are drinking and fighting and puts his rifle in his mouth, ready to kill himself…Until the howling of the wolves gives him pause.

In my view this is the very first act of transformation. Rather than kill himself, his flimsy reason to maintain his tenuous grip on life seems to be his responsibility to protect the “fugitives, drifters and assholes” he’s paid to protect.

Shortly after we see another. Ottoway and the oil workers are flying to their hometown and the plane crashes. After they crash land, Ottoway searches around and starts to help the sticken survivors. Already we see the theme of the Sigma taking on responsibility and becoming the Alpha. The theme of redpemption through love, focusing on something larger than yourself is painted with a light brush stroke.

In a very powerful scene, Ottoway tries to comfort a man who is about to die. Look at the loving way he tries to ease the dying mans passage into the next life:

The movie begins to kick into a higher gear. There’s 7 survivors, some of them injured. It’s -10 outside and dropping. They won’t send enough planes to come and rescue them, because no one gives a fuck. They are not important enough.

Core masculinity and alpha leadership takes over, immediately in this life or death situation:

As Ottoway puts it : “If we don’t move and walk now, we’re all fucked. Unless you wanna freeze to death, cause that’s the one thing that will come for you.”

You can see the character arc of Ottoways character change throughout the movie. As their situation deteriorates, he fights harder and harder for survival, recalling the moments of his life where he was most happy. As he puts it

“You should. You know that? Those parts of your life, whatever they might be, make you want that next minute more than the last. Make you fight for it.”

You see some interesting interplays between the now Alpha leader (Ottoway) and the other characters. Most are beta or delta followers, but we have one resident Gamma who constantly needles Ottoway until a confrontation when Ottoway puts him down:

Notice anything else at the end of the scene? We see Diaz challenging the Alpha Male Ottway, and then we see the Alpha Male Wolf study the human pack to see who is in charge. The Wolf takes one step forward to find out where Diaz stands in the pack. Diaz steps back, staying close to Ottway. The Wolf accomplished its’ mission in determining the pack order.

There’s all sorts of gems like this throughout the movie with its’ many layers and themes.

Later on the the movie, Diaz becomes a higher beta and is supportive of Ottoway, until he goes full Sigma at the end and withdraws totally from the hierarchy by comitting suicide by giant wolf.

As the remaining bedraggled survivors plod wearily on to try and find shelter from the Wolves, Diaz decides enough is enough and decides to just sit down and stare at the beauty of the natural surrounds. It’s enough for him..and we’re introduced to the theme of the transformative power of beauty:

Now this might be important for some of you guys when you think about hot girls. Have you ever thought to yourself “if only I could get the girl or girls I wanted, I would be happy…It would be enough for me. What more could I want? It would complete me”..

Or something along those lines. To me, this scene is a metaphor for that kind of thinking. Finding meaning and happiness in the power of beauty, in and of itself, in this case the beauty and purity of nature. Diaz is obviously contrasting it with the presumed scuzziness of his previous tawdry life..he wants to die next to something pure, something untainted and beautiful.

More on this later.

I’m sure you can see where the movie is going. Their situation is pretty dire, and they cannot seem to escape from the Wolves. Finally only Ottoway is left..And he snaps, calling out in despair for God to show him something, PROVE something..To help. But no help comes. He must do it himself.

Again, masculinity, personal responsibility, dealing with reality. Ottoway stands up for his last good fight, and as the poem that is repeated throughout the film foreshadows, he soon gets his last good fight he ever knows. He stumbles right into the Den of the Wolves, and realises they’ve been within range of the Den the entire time…

Which is why the Wolves will not leave them alone. He faces his imminent death with courage, and prepares to take on the alpha wolf barehanded , with nothing more than makeshift weapons to give him a chance. 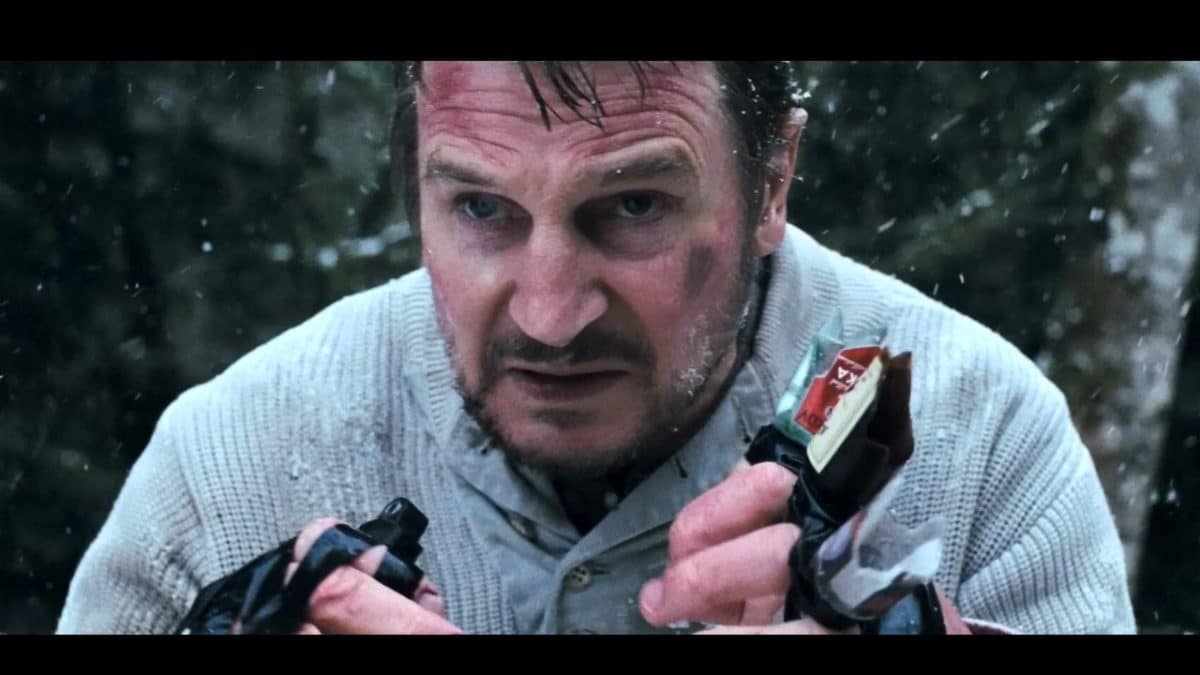 Now I love this movie. It explores many themes that resonate with me and are dear to my heart. In particular, finding redemption and meaning through focusing on something larger than yourself. Loving and helping other people.

When I first watched the movie it gave me pause for thought. I’ve had a pretty rollicking life in some ways, lived in many countries and slept with a lot of girls. I wouldn’t change it for the world because I had some good times and it made me into the kind of man I am today.

But as a grown more mature man of 43 I look back on it all and want to live a different life going forward. I’ve always loved women right to my core, and it’s a lietmotif throughout all of my work. With every blog post I write, every video I make and in particular in my book Primal Seduction and video prodcut Secret Society, it’s clear that I advocate love for women. Striving for authenticity in your relationships.

Whilst I was never as self centred as some other pick up artists – have you ever seen how they talk about women? It’s always about “getting the bang”…What they will TAKE from the girl..I was always of the opinion that you should always strive never to hurt the girl, and even sometimes turn down progressing things with a girl if it’s going to end up hurting her in the end.

As I get older the horniness fades somewhat, the desire to think only with my dick recedes, and I want to focus my energy, passion time and life on something bigger than myself. You might not be going through a similar phase yourself, but if you’ve ever felt lost or unhappy because you think women will somehow “complete” you…

This isn’t how it works. I’d suggest to ponder on what I’m focussing on myself : that by giving of yourself to the girl (within reason – I am not suggesting prostrating yourself before her on the floor – but giving your masculine power to her unreservedly), you might find the redemption and happiness that you’re looking for.

Don’t just think about what you want…Think what you can give to the girl, let her beauty inspire you to be a better man. I’ve found that’s when I’ve been happiest in my relationships.

Average Girl Cons 100s Of Men To Meet Off Tinder, Gets Them To Compete For A Date With Her

Are Western Women Worth The Time As A Self Actualized Older Man?

Life In Poland Vs The West