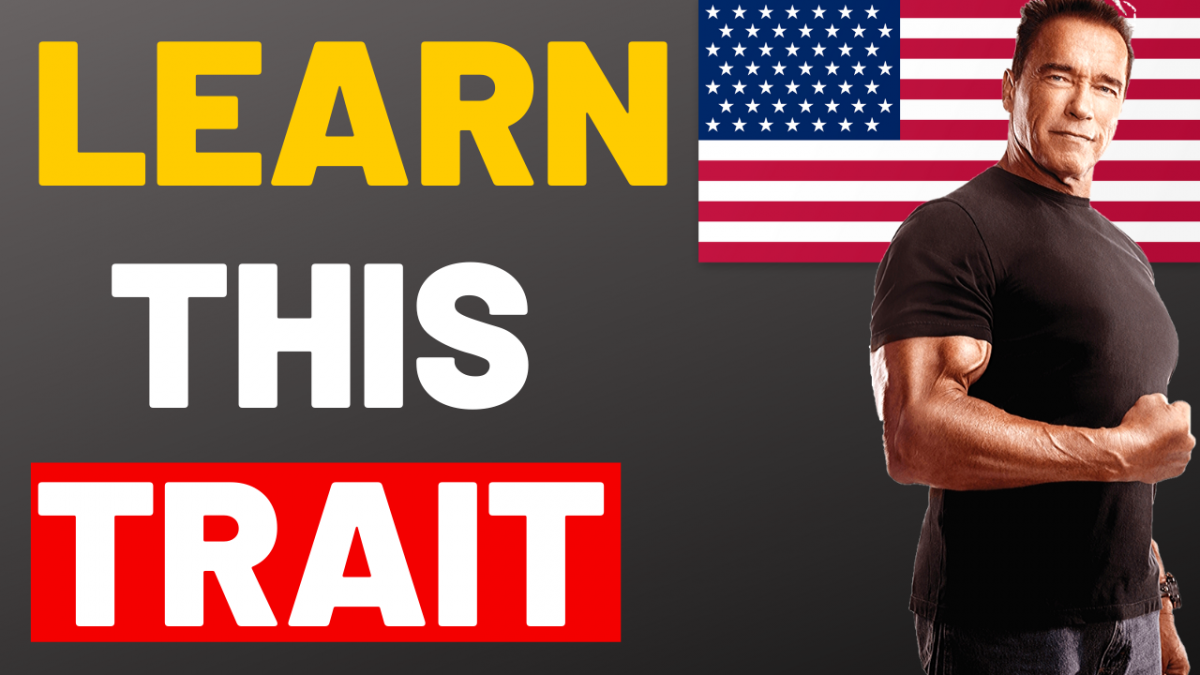 Sigma Mindset : Learn THIS One Trait For MASSIVE Success…

Arnold Schwarzeneggar epitomises the idealised version of the American dream and perhaps surprisingly to some of you listening, he exemplifies a classic sigma trait of diamond hard rugged individualism. You see, when you live outside of the hierarchy there is no safety net…No white horse coming to save you in tough times, and shwarzenggar has consistently displayed this trait throughout his life, particularly in his younger years.

He clearly posesses many alpha traits too but in this video we’re going to focus on the All American trait of rugged individualism that unfortunately seems to be dying out (we’ll explore this too with reference to the reaction to the coronavirus that’s ripping through the world right now in mid march , 2020.

Arnold Schwarzeneggar exemplifies a return to the original breed of rugged individualist American who first came to the United States seeking freedom and fortune. At that time federal income taxes didn’t even exist. From the Hoover institute : [quote]

The coronona virus is currently ripping through the world, causing worldwide devastation and fear. If you pay attention on this 17th March, 2020 you’ll see policiticans the world over are using the War metaphor. The Coronavirus is an existential threat. We have to go to War with the Coronavirus. Putting their motivation to one side for a moment, let’s take this war metaphor and examine it a little , drawing a comparison between the difference in response between A real war – WW2, and the current war with the virus.

They’re using phrases like “No American should have to suffer or sacrifice anything”. UBI is being floated. Massive bailouts of businesses are being planned, right now as you’re listening to this. Big Daddy government is going to ride to the rescue (but this time, it doesn’t appear to be working.)

Now I know it’s a political move. But the point is, the general thrust and perception is that the government comes to the rescue. We’re all helpless and the government must save us. Remember that 40% of americans now live paycheck to paycheck so this appears to be an unfortunate reality. But how does this war footing to fight coronavirus actually contrast with the attitude in the early 1940s at the entrance of the USA in WW2?

After the Attack on pearl harbour, the % of Americans paying some form of taxation increased by several orders of magnitude, from 7% in 1940 to 64 % by 1944. The United States was embroiled in an ACTUAL war, and sought help from the American citizenry , rather than the other way around. Infact, on top of raising tax rates FDR also sought voluntary contributions called “War bonds” to help the war effort.

Pause for a moment, and consider how that idea would be received in todays times. And yes, I know the effective tax rates are entirely different.

The point is, that Schwarzennegar embodies the early American spirit of self reliance and rugged individualism and seems to be a dying breed in the formerly glorious United States of America. It is this Sigma trait that we’re interested in focussing on here.

Do You Find Online Dating Frustrating?

Take The Quiz Below To Find Your Ideal Online Dating Website, Based On Your Unique Circumstances!

Recall from the clip I showed you earlier that Schwarzeneggar states that business is a talent that you have or you don’t…Whilst this may be true, and whilst Arnold has a unique 1 in a million mindset, I’d humbly submit that any man can improve his lot in any number of ways, and it all begins with mindset. I’d also further argue that as we lurch further and further into crisis with the Coronavirus being the catalyst, it might be time to start developping this mindset yourself if you haven’t already. You do not have the luxury of time that you had even 6 months or 1 year ago.

Let’s not get ahead of ourselves here. Let’s briefly recap on 2 defining characteristics of a Sigma Male :

1: Attractive to women
2: Outside of the hierarchy.

So many interesting and related implications flow from these 2 central points. Consider that Arnold was largely outside of the hierarchy in his earlier years before he became the full on Alpha that he is today. He was newly arrived in the United States. He initially worked in whatever jobs were necessary to fulfil his goals, but quickly moved onto pursuing his OWN projects : bodybuilding, real estate, movies, politics, worldwide star. Throughout his entire life he’s displayed a single minded individualism that truly personifies the famous Sinatra epitaph “I did it my way”

Let me ask you a question. How do YOU feel right now in the midst of the coronavirus scare? Scared? Sure, we all are to an extent. But do you feel HELPLESS? Deep down in your core, do you yearn for someone to save you?

If you do then perhaps it’s time to take a deep breath and start using your time constructively towards learning even a little of the magic dust that Schwarzeneggar has displayed throughout his entire life.

Closer to home, I hope you’ll allow me to indluge myself for a moment and give a very brief history of how I learned to separate myself from the hierarchy through a deep and abiding love of women. I started in the dating niche
about 6 years ago due to a significant and proven talent for being able to attract women, totally solo, usually through cold approach. I developped this ability because I grew up in my formative years feeling frustrated and different, though possesed of a powerful urge to attract and seduce the best possible women I could get my hands on. Weekend after weekend I used to travel from the tiny village where I grew up to the nearest city to try and pick up women, usually in bars and nightclubs.

I didn’t lose this desire or talent for many many years, though I refined it right through my 20s and 30s.

Once you learn the mindset and skills that make you attractive to women, you never lose this talent, though in my case the desire has faded and transmuted into other areas that need to be “conquered” so to speak as I’ve got older (I’m now 44)…More on this shortly.

In doing this I was forced to introspect deeply on what makes a man attractive. What makes a man self reliant, strong, able to eschew most of the cushions of living within the hierarchy and strike it out alone? By age 36 or so the itch was finally scratched and I’ve resolved ever since to “conquer” business in the same way that I “conquered” women. Note: this is not judged by any external frame of reference, but what I deem to be acceptable and what I can happily live with. SO far I have not yet achieved it.

No one ever said this would be easy.

This short and indulgent part hopefully illuminates a more accessible version of the Sigma trait of rugged individualism. Whilst virtually no one on the planet will achieve the same results as Arnold Schwarzeneggar (or indeed want them – remember, you set your own frame of reference), the actual trait – the mindset – is similar (though Arnold is particularly strong in visualisation and goal setting in a way that is almost unheard of). Did you know he used to cut out the back of his trousers so that he could see his calves in the mirror , to spur on growing them in his bodybuilding days (he wasn’t genetically gifted in the calf muscle area).

If you feel the cold hand of fear creeping up your spine as this current crisis deepens because of helplessness, understand that it all begins with mindset…And it’s time to start learning.