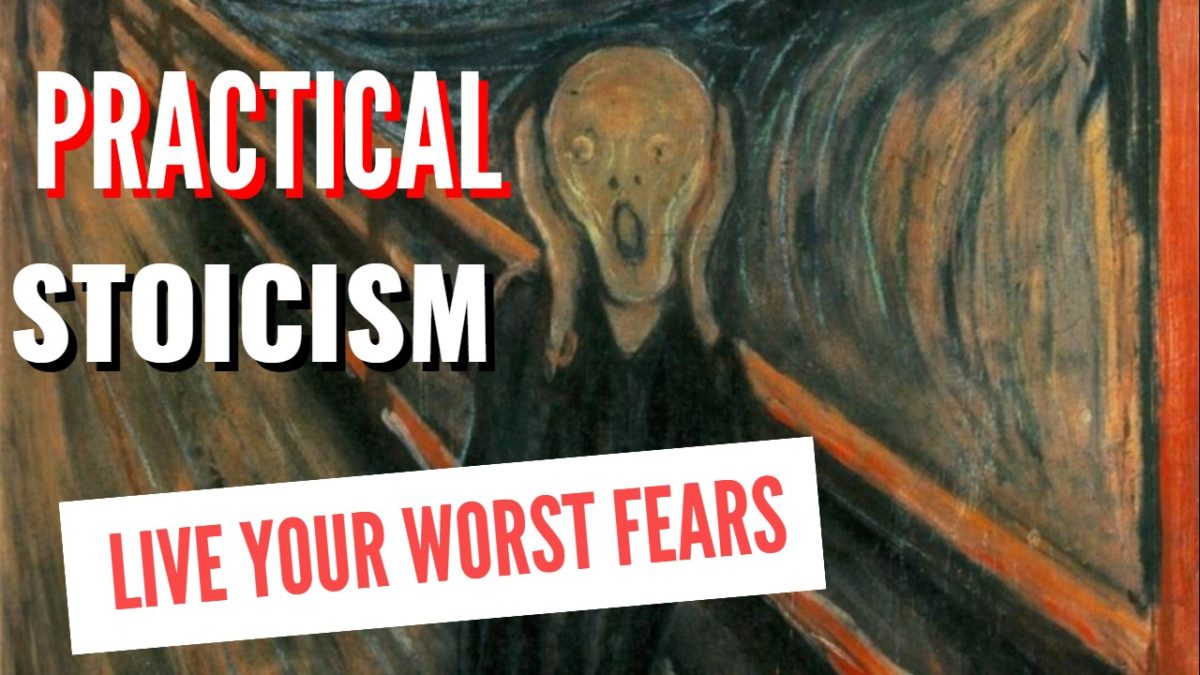 “It is in times of security that the spirit should be preparing itself for difficult times; while fortune is bestowing favors on it is then is the time for it to be strengthened against her rebuffs.” -Seneca

Here we see how practical and useful Stoicism is. Seneca is advising us to prepare for bad times by literally living out your worst fears and facing misfortune.

Let’s say your worst fear is financial destitution and living on the streets (I’ll freely admit it’s my worst fear, and I am positive I am not alone). If we follow the Stoic advice, we would live poorly for perhaps 3-7 days of the month. Wear our worst clothes. Eat the cheapest food we can find. Obviously, not go out and have a meal in a restaurant or drink any alcohol, as a bare minimum.

By contrast when things are going well , we can begin to develop anxiety and fear about the future, worried that our good fortune can be taken away. This extends not only to finances but to health too. I guess some of you may even worry about losing a partner.

But if we can face our fears head on, and actually LIVE them , in reality, then their power to take over our mind is lessened.

Think about the times we live in at the moment. There is political uncertainty, financial insecurity. We’re more than overdue another big crash.

And let’s not forget the looming crisis of AI. I had a discussion with my friend last night about AI and we were unable to see a way around the armageddon that is coming for ordinary peoples livelihoods when AI takes over their jobs. If you’re interested in this topic by the way, check out Sam Harris’s podcast with Andrew Yang.

It will answer a lot of unanswered questions you may have. Suffice is to say, the future is looking very scary indeed.

So I imagine I am not the only one who has fears for the future. I see this advice from the Stoics as preparing for the absolute worst case scenario by living it, breathing it, for significant periods of time.

When I say living it and breathing it, I don’t mean visualising it in your head. I mean actually physically living it. Putting yourself in that worst case scenario and learning to cope.

It’s not the first time that such an undertaking has been tried. George Orwell famously washed dishes and lived a semi vagrant existence in late 1929, which informed his first published work “Down and out in Paris in London”. He’s a personal hero of mine, so if it’s good enough for Orwell, it’s good enough for me.

Similarly, consider the case of Geoff Thompson and his seminal work on practical self defence. In his book Watch My Back, he describes how he faced daily fears of violence in his everday life as a factory worker in Leicester in the 1980s. (I can personally attest to the truth of the danger of living in Leicester. I’ve been there multiple times, and it;s not a million miles from my hometown.)

People who don’t know the British have a distorted view of what the British are really like. We have the best, brightest and most civiilised in the world when they are to the right side of the bell curve..But the average Brit can be very quick to violence, thuggish and ready to trample on your head for the sin of looking at them for more than a microsecond.

Thompson decribes how he developped a ladder of his fears until he finally ended up reaching the top of the ladder and decided to work as a bouncer at the most violent pub in Leicester (and therefore the UK).

He apparently had over 300 fights during this time and completely lost his fear of violence. Moreover, his theories of practical self defence are now being taught all across the UK, he’s written books and is still a well known figure who offers inspiration and guidance for young men who need guidance and strength in todays times.

Do You Find Online Dating Frustrating?

Take The Quiz Below To Find Your Ideal Online Dating Website, Based On Your Unique Circumstances!

So we see that the Stoics advice from thousands of years ago has been known modern advocates.

If you’ve been following me for some time, you’ll know I live a Sigma existence. I often move from city to city and don;t rent a long term apartment. So, for 1 week of the month, I’m going to downgrade, live in cheaper lower quality accomodation further away from the centre.

I’ll buy the lowest cost food I can find, drink no alcohol, not go out. I imagine I’ll work for longer periods with greater focus too during this self enforced downshift in my standard of living.

What will you do to follow the stoics advice? What practical steps can you take to get a grip on your worst fears, so they don’t haunt your day to day life? Comment below.

Also, you may know about my 30 day challenge, in which I recommed you go out and approach at least 1 woman per day with a view to pursuing a sexual relationship. If you’re doing this challenge, spread the word! Tell people about this channel and specifically your challenge. I’m pretty sure you could tell at least 1 person and help them out. You would be doing good, because a man who faces his fears and tries to improve is a happy man.

Sigma Male : Outside The Hierarchy

What Are The Most Common Sticking Points In Attracting Women?