Which is the best country for men who want to leave the West?

Based on my experience, the feedback of other men who have I have polled through my Youtube channel, plus my online research, Poland is the best country for men who are leaving the West.

The Polish have a sensible immigration policy. They only want people to come to Poland who will benefit the country, and they only take in refugees who are genuine, and who will not pose a threat to the Polish way of life.

Rather than paraphrase the policy of the Polish ruling party, let’s instead see what they have actually said.

Here is a Polish politicain speaking on the subject of immigration, taken from an interview on C4 news (in the UK) with Cathy Newman in June 2018:

It doesn’t get much clearer than that. Note that as the politican says, Poland took in over 2 million Ukranian refugees who add value to the country by working and obeying the rules and laws of the country.

The follow on question is whether this policy is likely to remain. Yes. One only has to look at similar sentiments in other EU countries to see that it is highly likely.

Poland does not stand alone. Countries such as Czech Republic, Italy, Slovakia, Austria and Hungary have similar policies. There are signs that the UK is beginning to adopt similar attitudes too.

The EU will not be able to foist illegal immigrants onto countries that do not want to take them.

The Women Of Poland

The obvious thought that most single men will think about is the women in Poland. Well, Polish women are on average thinner, prettier and more feminine than their Western counterparts. 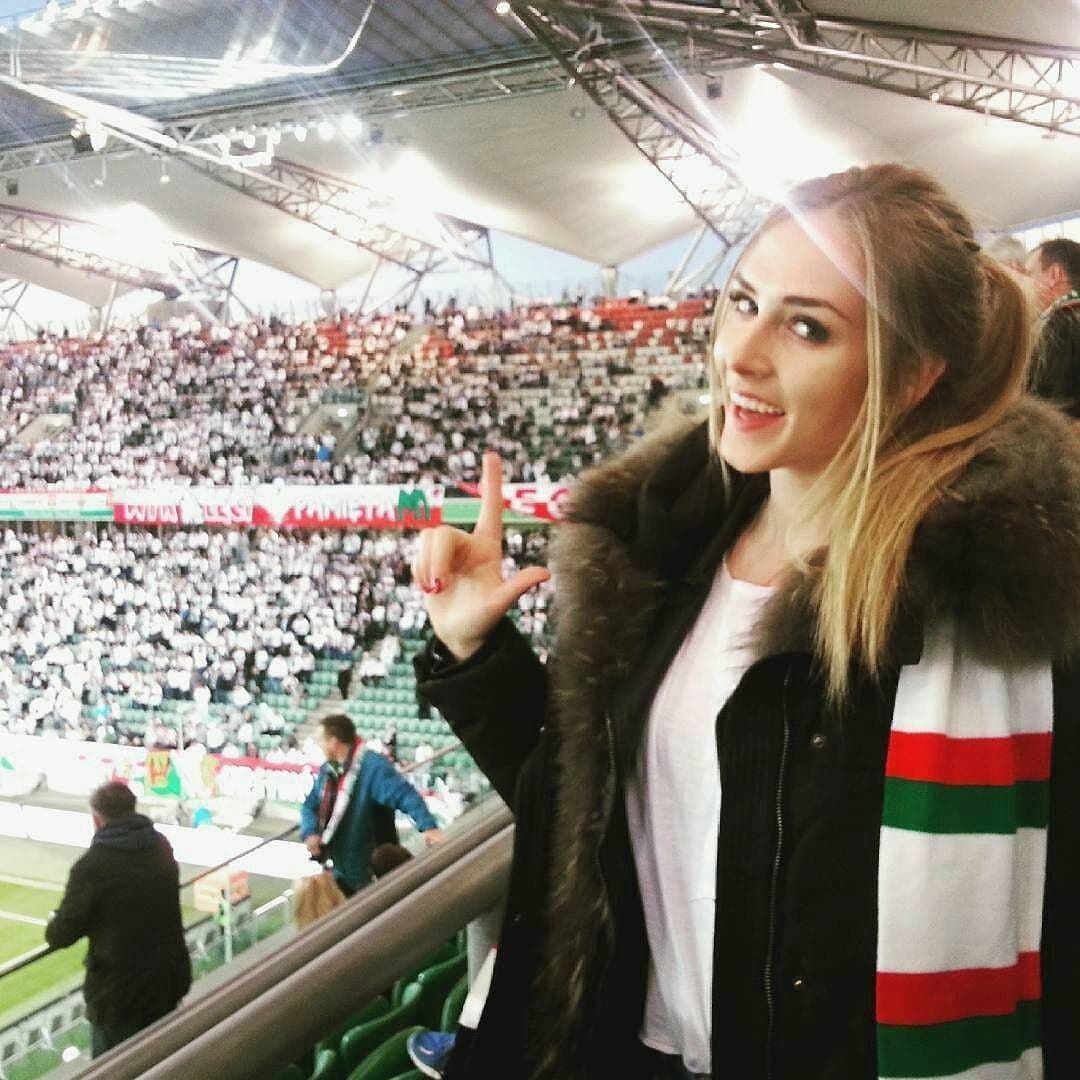 Furthermore, there is a prevailing attitude of traditionalism in Poland. Polish women want a man to be a man – to take charge, to lead, to look after them.

Feminism has not really taken hold in Poland, and whilst Polish women are interested in their careers and want to get ahead in life, they appreciate a man who holds typical masculine values. In turn, they adopt traditional feminine values and will make a man feel good about himself.

Here’s a lovely celebration of these traditional values. The following video was filmed in Lodz, a second city of Poland and celebrates old fashioned male / female relationships.

The other positive news for single men leaving the West is on average Polish women are very curious about foreign men.

It is a refreshing change for Polish women to meet a foreign guy who will look after her, treat her well and try to make her happy.

Polish men are very protective of Polish girls. So if you do attempt meet a Polish girl, be respectful at all times. You do not want to get into trouble with the locals.

Naturally as a single guy, you want to meet women in Poland! Well, look no further. My dating guide to meeting women in the daytime in Warsaw will tell you all you need to know.

Obviously the guide is written about Warsaw, but the techniques and way of approaching applies to any city in Poland.

It will take about 5 minutes of research to find the best areas to stay city by city in Poland – but basically stay in the centre, next to the main shopping street and / or university and you will have little trouble in finding attractive Polish women to meet.

Poland is the most 1st world of the Central / Eastern European countries. It has all the modern conveniences of life in Western Europe, at a much lower cost.

You will find modern shops, restuarants , supermarkets and coffee shops all over Poland. The infrastructure is fantastic, public transport is 1st rate and cheap, and the streets are clean and well kept. It’s a joy to walk the streets of Poland! 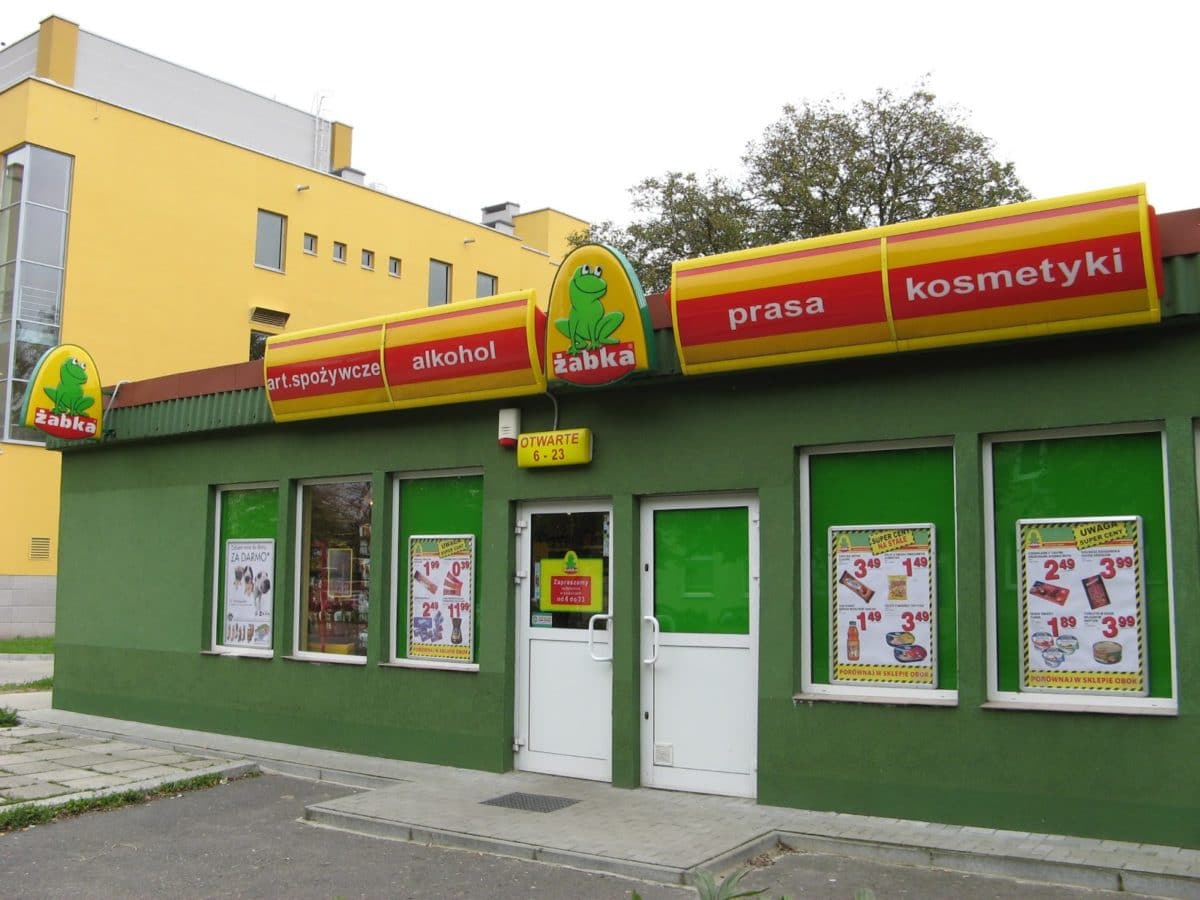 You will find convenient Jabka stores all over Poland. Is it a coincidence that the logo is a Green Frog, I wonder? Top Kek!

But there’s much more to Poland than Jabka stores and Cafe Nero. In Warsaw you will find little tastes of home, for example the British Bulldog pub slap bang in the centre of Warsaw. Personally, I greatly enjoy eating here and it reminds me of the best of British! 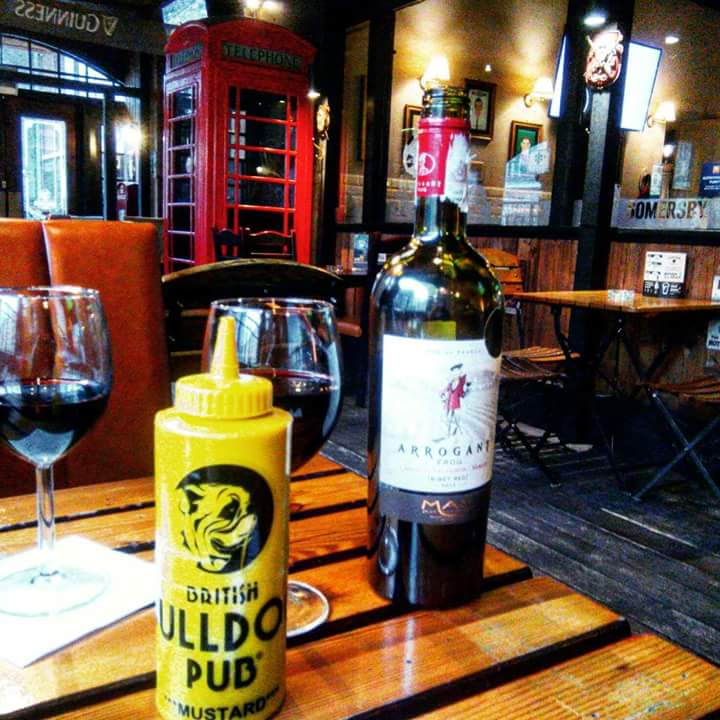 The British Bulldog is a taste of home for a British guy like me, right in the centre of Warsaw.

Naturally there are great nightclubs (with glorious Polish women), steak houses, Billiard clubs and even shooting ranges all over Poland too – for those who like masculine pursuits and hobbies.

If you ever go to any of these ranges, be sure to take some photos. The Polkas will approve! 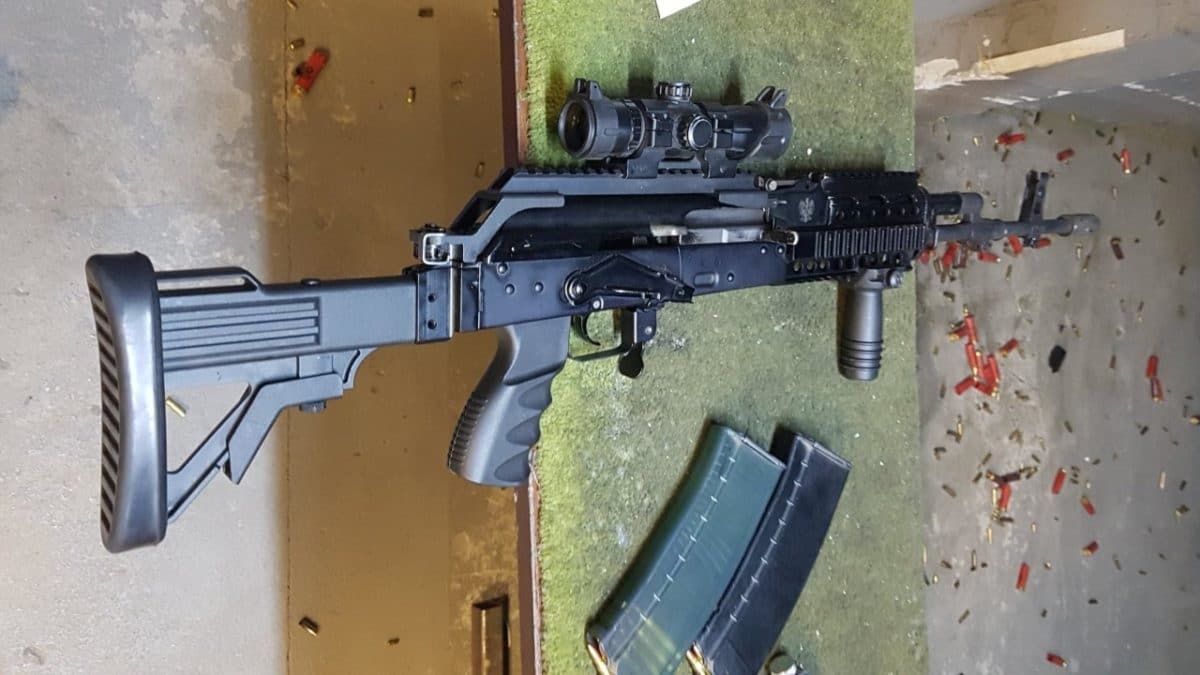 WARNING For Non White People Who Come To Poland

This article would not be balanced if I did not tell you both sides of Poland. I’ve kept my eye on Polish expat forums and noticed this post from June 2018. (Click to enlarge the image in a separate window) 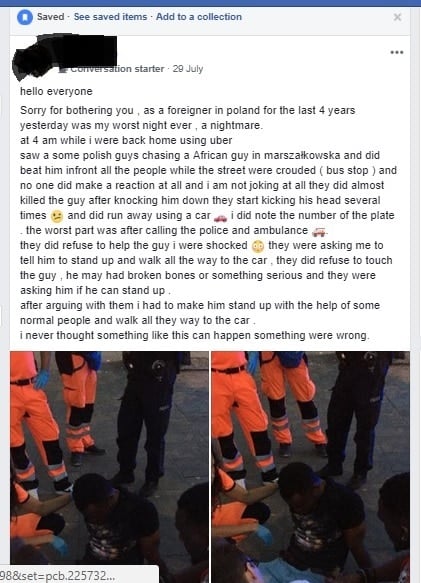 Please Note : I make no judgement on this, I am simply reporting a fact. This was taken from the Warsaw Expat Group on Facebook.

The attached image does not give the full story of course, but note the observation that the emergency services did not want to touch the African man, nor did anyone particularly want to help.

Anecdotally, I can also inform you I have seen brown skinned guys being stopped and questioned by the police in Warsaw as they are walking around the city.

AGAIN : I make no judgement – I am simply reporting what I have seen, and information gathered online.

Is Poland A Friendly City Generally?

The Polish attitude seems to be : if you come here, this is our country. It is YOUR job to make the effort to integrate with us.

Poland is not like the UK for example, where the people are generally friendly and welcoming. Anecdotally, I can tell you that a friend of mine was shocked at the amount of frowny faces of Polish people when he first arrived. 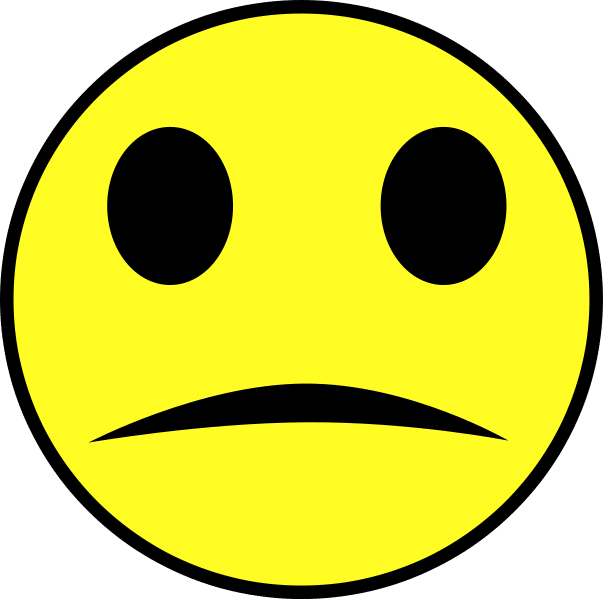 A typical Polish face at rest! The women are of course much more friendly 🙂

As wonderful as Polish people are, they cannot accurately be described as happy or particularly friendly people.

I have personally noticed grumpy and rude service staff, poor service in restaurants etc. To be fair about this, it is actually quite common across Eastern and Central Europe.

Just manage your expectations about this, make an effort to try and win them over and you will do just fine. It is just their culture. Remember, the same dour slightly bone headed prevailing attitude is what keeps them safe from nonsensical and risky immigration policies.

Things NOT to do in Poland

The Polish are neither welcoming nor hostile to foreigners. However there are some things you can do that will really get on their nerves and could well end up with you getting into trouble – perhaps even a physical altercation (a REALLY bad idea in Poland).

Getting A Residency Card In Poland

I’ve spoken to friends who have been through the procedure for getting a residency card in Warsaw and the procedure is relatively straightforward.

You will need to engage the services of a lawyer, prove you have no criminal record and expect to pay approximately 500 – 1000 GBP.

Corporation tax is a business friendly 19%

For a single guy, coming to Poland for a visit, your best bet is Airbnb.

Prices vary by city, but on average for a decent place look to spend between 30-50 GBP per night.

There is a fair amount of seasonality however, so you’ll be able to get the same place for about 30-40% cheaper off season (i.e. outside of Summer) 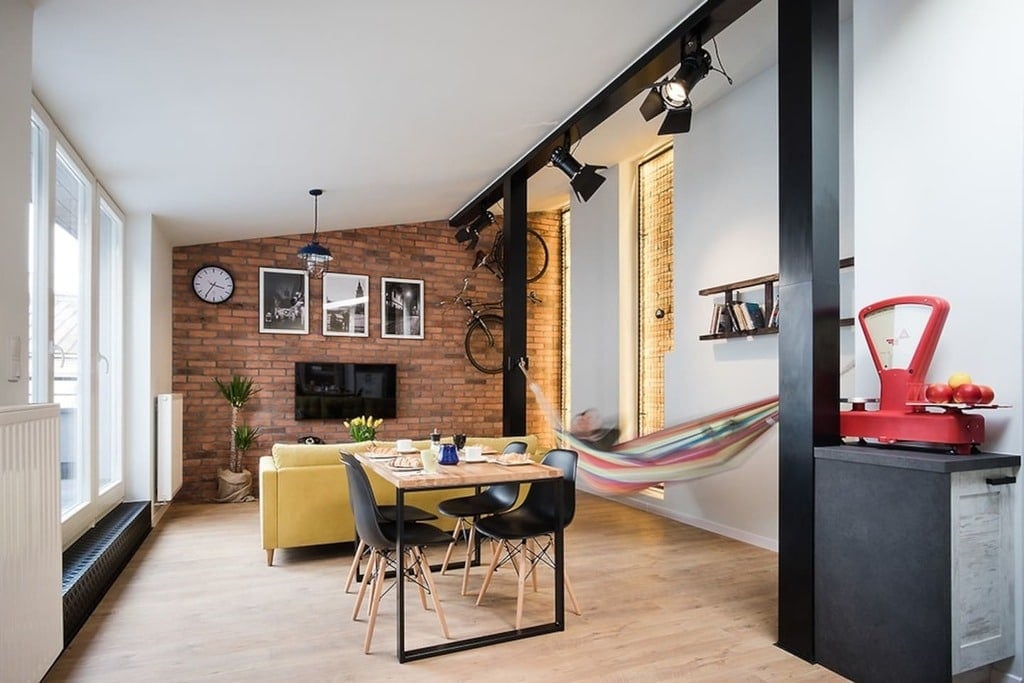 You can find some great Airbnb apartments all over Poland

This is where it gets a little more tricky. Gnerally speaking, long term rental apartments are about 30% cheaper than Airbnb – though of course you need to sign up for at least a year.

You will also need to sort out your own internet access and bills. It’s best to use a reputable estate agent to straighten out the whole process.

The weather might not be the best in Poland, and the Polish people are not the friendliest.

However if you are a single man, Poland is hard to beat overall.

It is safe, civilised, the women are hot and friendly and like foreign men. The immigration policy is sensible and will keep Poland just as it is for years to come.

Obey a few basic rules, be respectful and you can definitely build a happy life away from the West in Poland.