I’m sure you’ll agree, Eastern European Women are some of the hottest and most feminine girls on the planet.

But they are not easy to attract and date.

Fortunately for you there is a secret hack that you can use to meet gorgeous Eastern European girls anywhere in the world without having to leave the comfort of your own home.

For those who don’t want to read this huge in-depth article: the best way to meet super hot girls in any city in the world is by using the famous hookup dating site Adult Friend Finder.

The easiest way to meet hot Eastern Euro girls anywhere in the world..

So you have to think outside of the box! A good way to meet Eastern European girls in your hometown – whether you’re in the UK, USA, Canada or Australia is to try using Sugar Daddy sites.

I know, it sounds crazy – but there are millions of hot Eastern Euro girls on these type of dating sites.

This is the very best one that I’ve used to successfully date Eastern Euro girls whilst in London.

What do the hot girls look like on this site? Here’s some from London in the United Kingdom. As you can see they have an unmistakable Eastern European look. 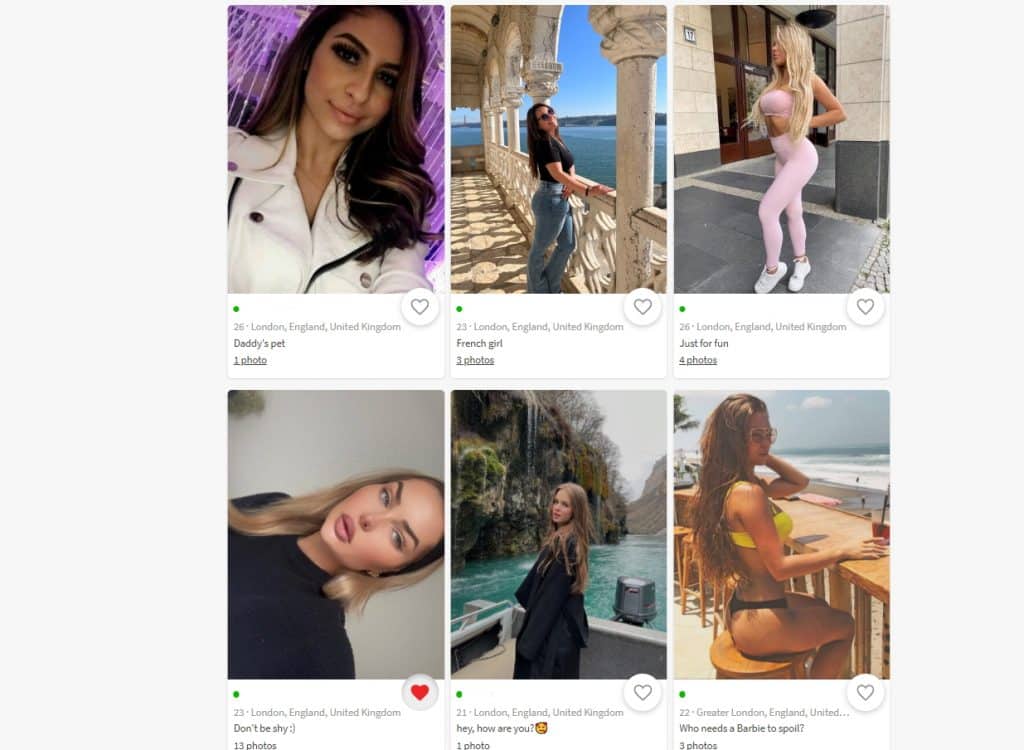 Game Tips To Pick Up And Date Eastern Euro Girls

1. Be direct and plain speaking

I made a video all about the mindset and physical qualities that you need to pick up Eastern European girls. Check it out below:

This one is key to attract Eastern European women.

Eastern European and Russian women in particular are attracted to this kind of attitude and behaviour.

They don’t have times for psychological tactics and techniques, games or other PUA garbage.

This simple tip will pay you dividends and increase your success rate when you meet Eastern European girls and it’s very simple to do.

If you like her, tell her. Be specific and say what you like about her when you approach. Say it from your core, mean it, in a no-nonsense, matter of fact way.

Don’t play silly games like trying to delay texting her.

Don’t get drawn into long drawn out exchanges over Whatsapp about meeting or what you want. If she starts to play games, call her out on it and tell her to stop.

Tell her what you want in a direct and straightforward way

Don’t accept or put up with games from her. Don’t get drawn into it. And tell her to stop (and mean it).

Related : Read my guide on the best way to approach girls for more.

I get it. You’ve read day game blogs and watched videos and you want to present yourself as an R Selected lover.

This doesn’t really wash if you want to attract the best Eastern European girls.

Dressing like you’re in a Rock Band, or presenting yourself as biker (for example) just doesn’t cut it with the most attractive Eastern European women. Especially if you’re over 30. It just reeks of incongruence. 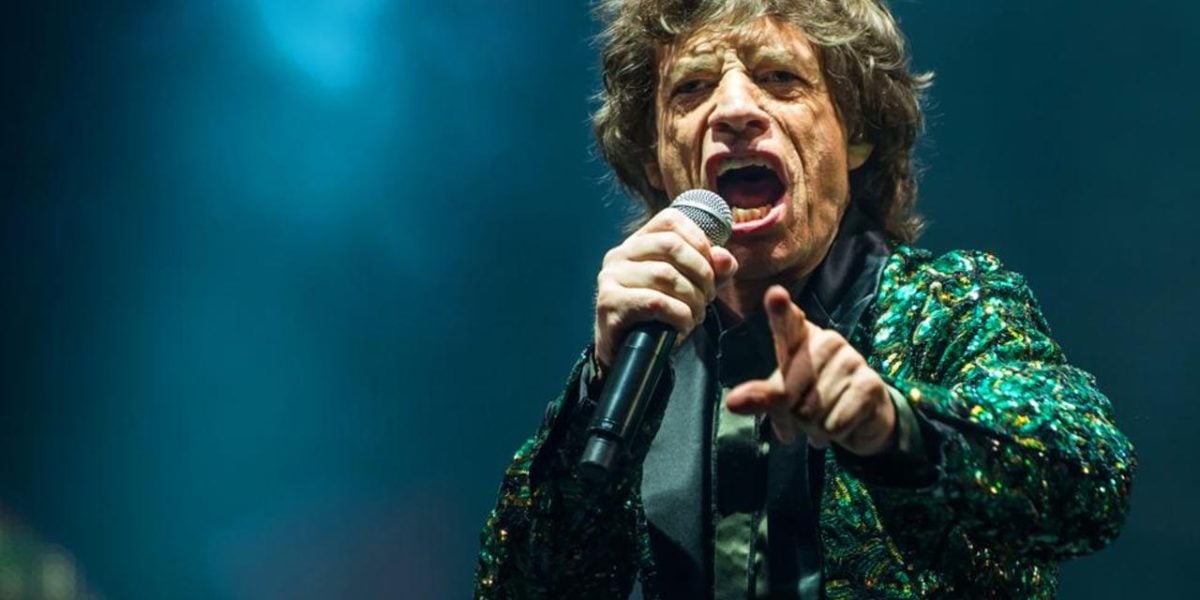 He’s a world famous rock star, you are not. Dress better especially over 30

Dress to your own style, own it and develop it. But lean more towards high status and a well tailored look.

You want every advantage you can get and your clothes are a big part of what you project about yourself.
Related: How To Pick Up English Women

Become Self Reliant And Ambitious 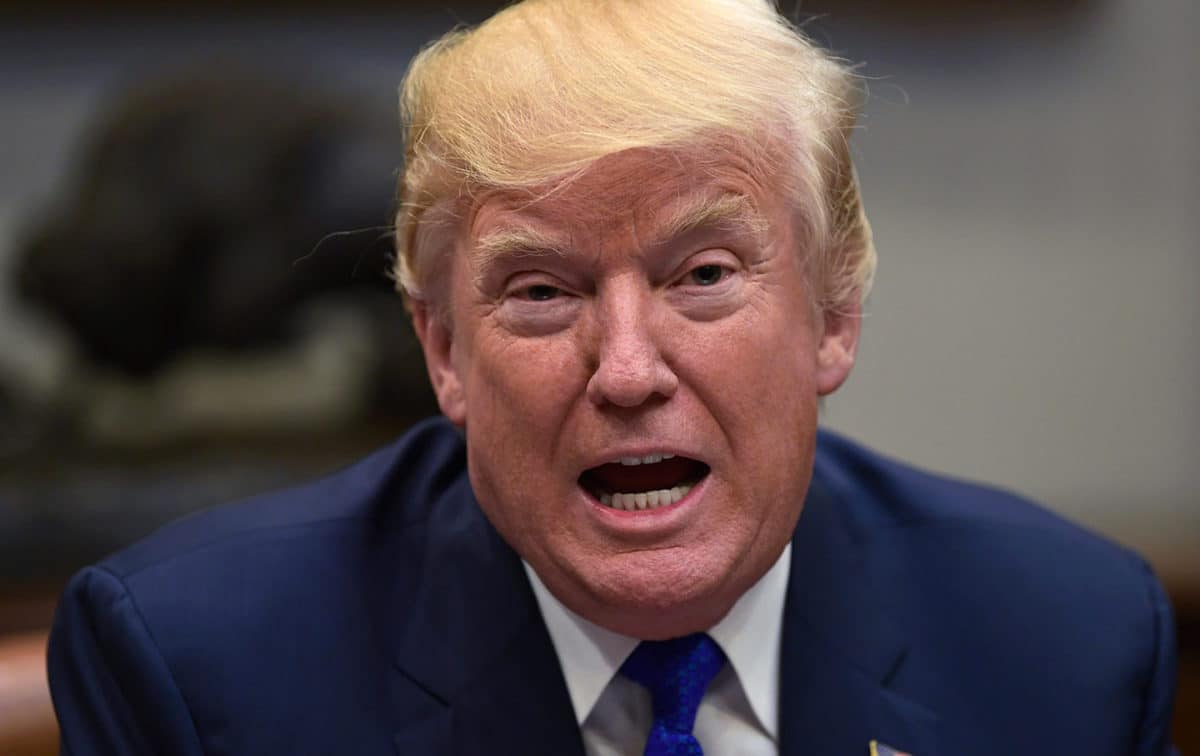 A self reliant man

When you meet Eastern European women, one of the first things you’ll notice is that they like a guy with a plan.

They are attracted to guys who have prospects, ambitious and make money.

They are unflinching and straightforward in telling you this.

If you want to attract Eastern European women, you at least need to have a realistic plan to make money, and be working towards it.

Now if your first thought is “Beta Male” when you read this, or that Eastern European Women are gold diggers because they want an ambitious man who can make money..

They are just more honest and straightforward about it.

There is nothing beta about being ambitious.

Equally there is nothing wrong about treating an Eastern European girl to a nice meal. Or a gift every now and again.

What is important is that you do it on YOUR terms..And that she is attracted to you for the whole package…Not just because you’re buying her affections.

Eastern European and Russian girls are also not as desperate as you might have been told. They see what is happening in countries like the UK and Europe and they want no part of it.

They don’t give a damn about escaping and are happy where they are.

Countries like Poland are doing very well, and other Eastern European countries will follow. If not through a massive GDP, at least through a higher quality of life for the average man.

So if you think you can swoop in and attract Eastern European women just because you’re from the UK, you are sorely mistaken.

Get moving on building a plan to make money, treat her well, don’t be a muppet and stingy about buying her a drink or meal every now and again either.

Accept the Eastern European way that the man is in charge and pays – and you’ll both be happier for it.

Get Right Wing Political Beliefs If You Haven’t Already 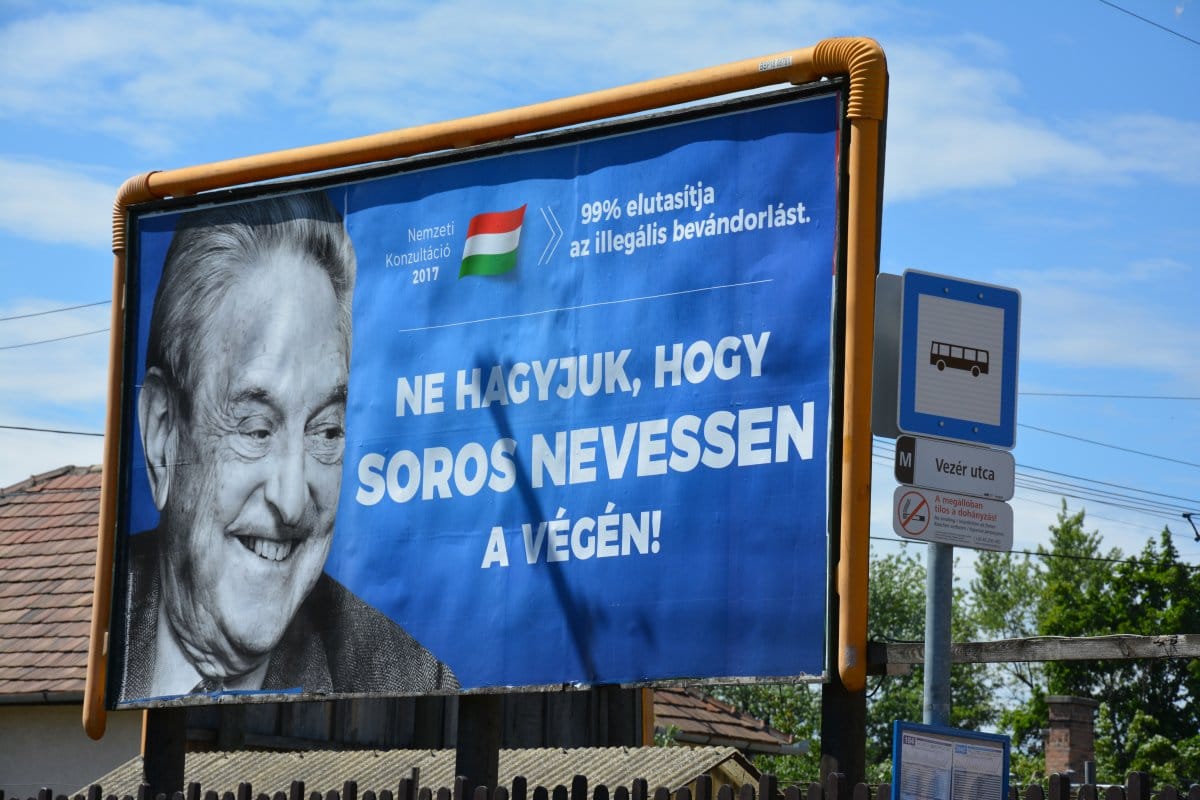 It doesn’t take a genius to figure out that nationalist movements are rising all across Europe, and Eastern Europe is leading the way.

If you travel to Eastern Europe and talk to the girls there, you’ll be amazed (and I would hope happy) at the anti EU and right wing views over there.

Do not be afraid to voice right wing opinions if you want to attract Eastern European girls – infact, I would recommend actively embracing it.

NOTE: If you don’t actually believe what you’re saying, you will probably come unstuck. I would therefore recommend that you educate yourself and go with the flow – because right wing opinions are coming back in Europe, one way or another.

Here’s some examples of right wing opinions that will help you attract Eastern European women :

(i) You need to be self reliant, carve out your own destiny. Do not trust or rely on any government.

(ii) It is self evident that there are differences between the races, which follow the normal curve (the binomial probability distribution), for things like height, bone density etc.

IQ is also an innate difference between the races.

(iii)It is natural and normal to want to stick within your own race, and to demand that your Government carries out it’s No 1 appointed duty of protecting it’s borders and only allowing in migrants who will add value to the host nation. 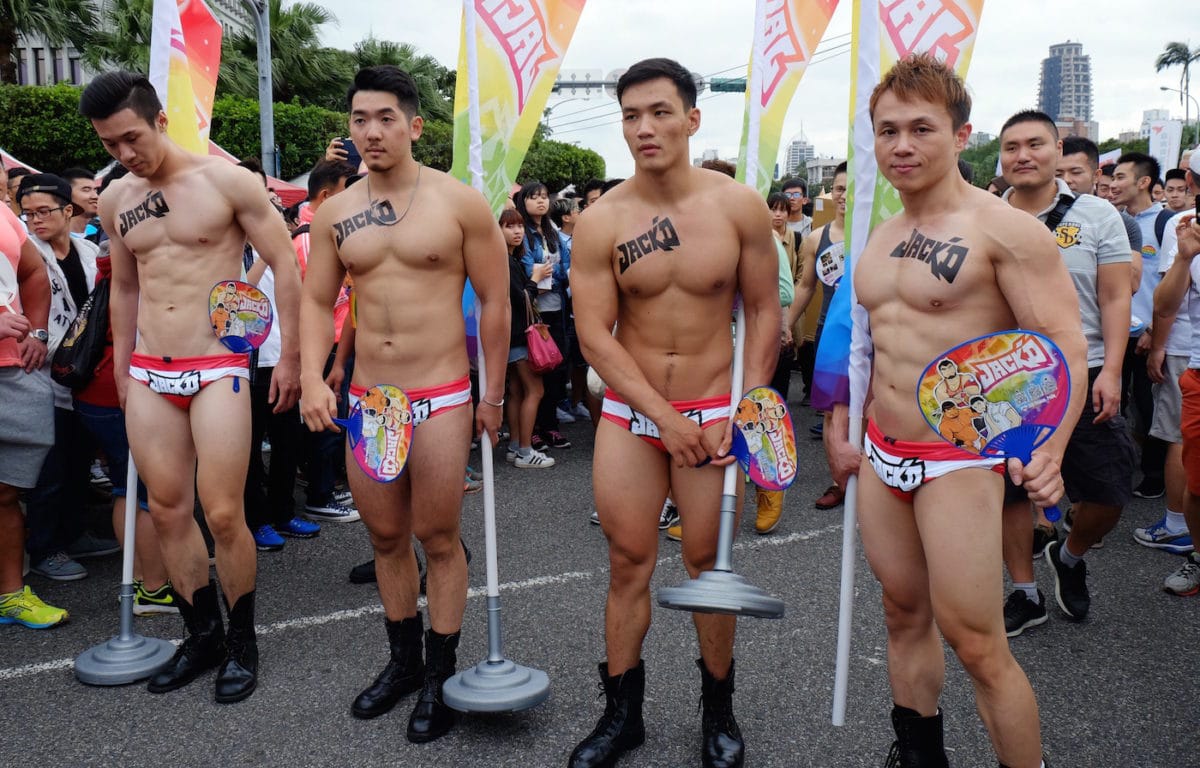 Eastern European and Russian women like men who are manly , decisive and do typical men things.

The first low hanging fruit you should tackle to become attractive to Eastern European girls is to take note of your posture and body language.

And immediately work on dialing out and hint of faggotry.

This includes having limp hands, or a gay voice. 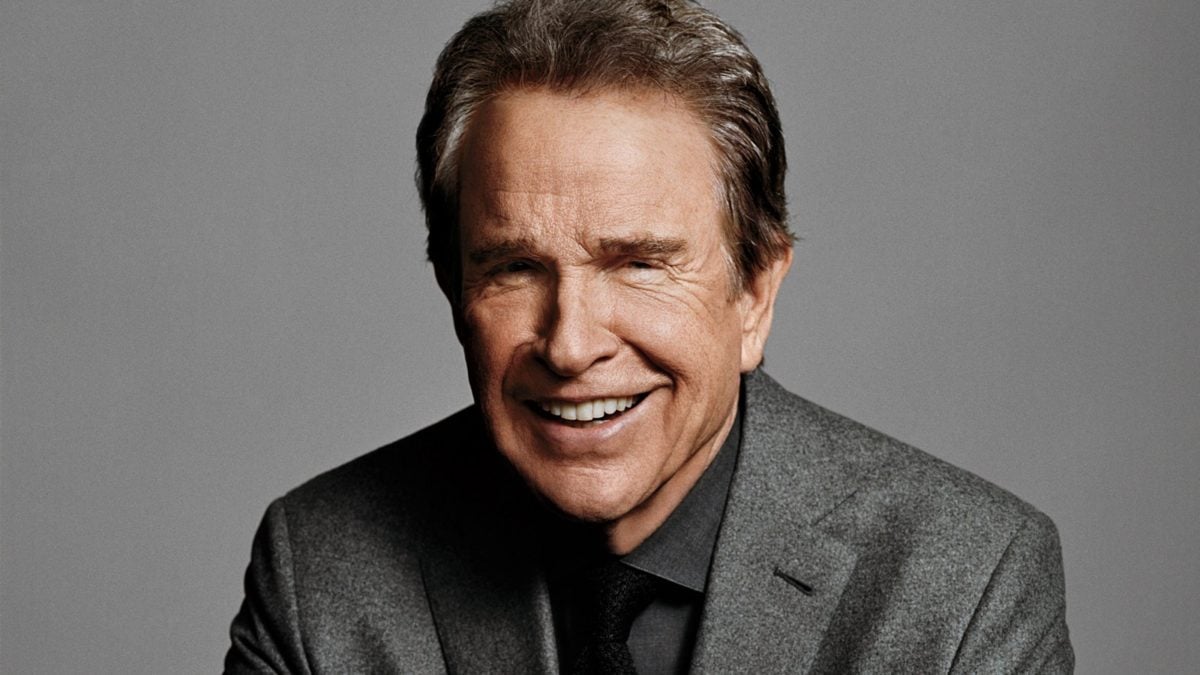 Another thing that is anathema to Eastern European women is being overly vain or concerned about your looks.

If you’re tall and handsome, great. But don’t talk about it.

Don’t let her see you preening in front of the mirror or worrying about spots, grey hair etc.

And don’t talk about it either!

Instead if you want to attract Eastern European girls, try literally shaving your head.

Sure, keep in shape and go to the gym. But Eastern European girls are not all that bothered about having a six pack or being in tip top shape.

This was a mistake I made a few times when I put on a bit of chub. I looked in the mirror and said fuck look at that fat.

One or two literally said ” ah shut up with that. You’re not fat. You’re acting like Gay man”

I’ve never mentioned anything about my looks since.

Bottom Line : Don’t be a metrosexual vain gaylord if you want to attract Eastern European women.

If you’re interested in meeting Eastern European in Prague, don’t miss my breakdown on getting laid in Prague
Don’t talk about your feelings 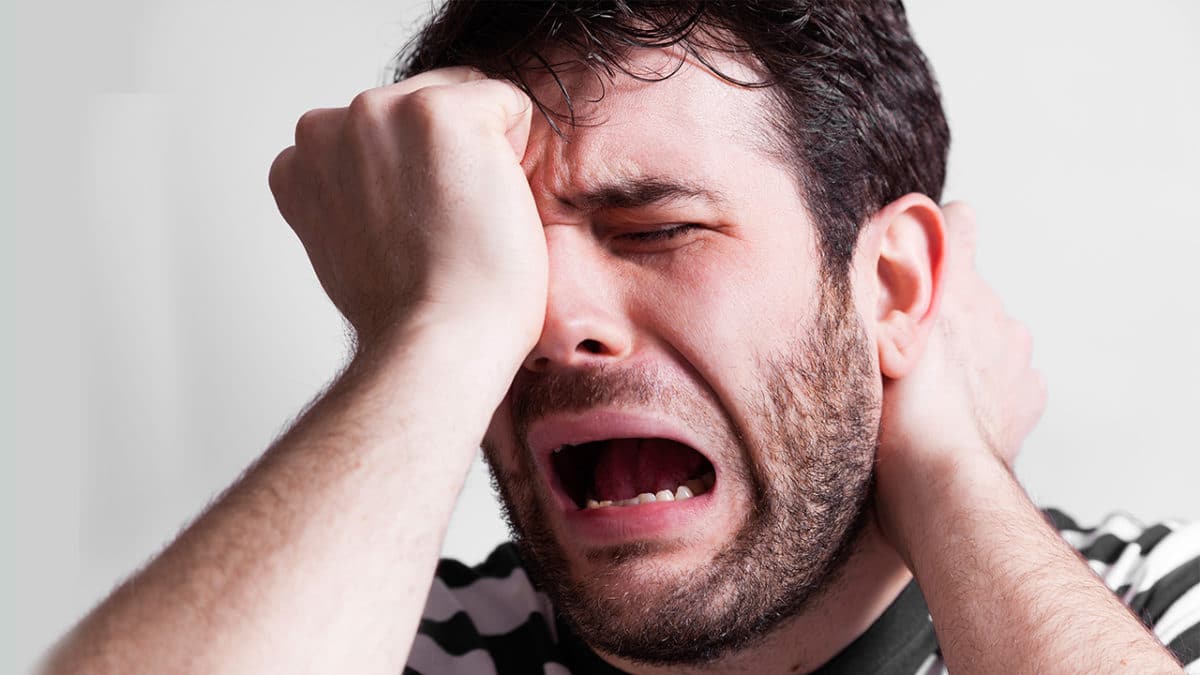 This one is a bit more nuanced.

Once you’ve attracted an Eastern European girl, it is important that you show you like her. Eastern European women can have a cold exterior, but they are the most loving, nurturing and affectionate girls on Earth once they like and trust you.

So whilst you must be decisive and manly and not talk about your feelings too much, you must also show her affection and take care of her.

It really boils down to not showing insecurity if you have a difficult problem to deal with.

Let’s take an example. Let’s say you’ve started a new business and one of your customers hasn’t yet paid you for your services.

The bill is substantial, and if you don’t get it, your cashflow will suffer and the business could collapse.

The secret here to keeping an Eastern European girl attracted is to either not discuss it with her, or mention it but tell her the problem will be dealt with.

Don’t show her that you are rattled or insecure about it.

More generally, to attract Eastern European women it is best not to dwell on how you feel about any given situation.

Instead, talk about how you will DEAL with the problem..And that it WILL be dealt with..if you discuss it at all.
Become an all round solid guy 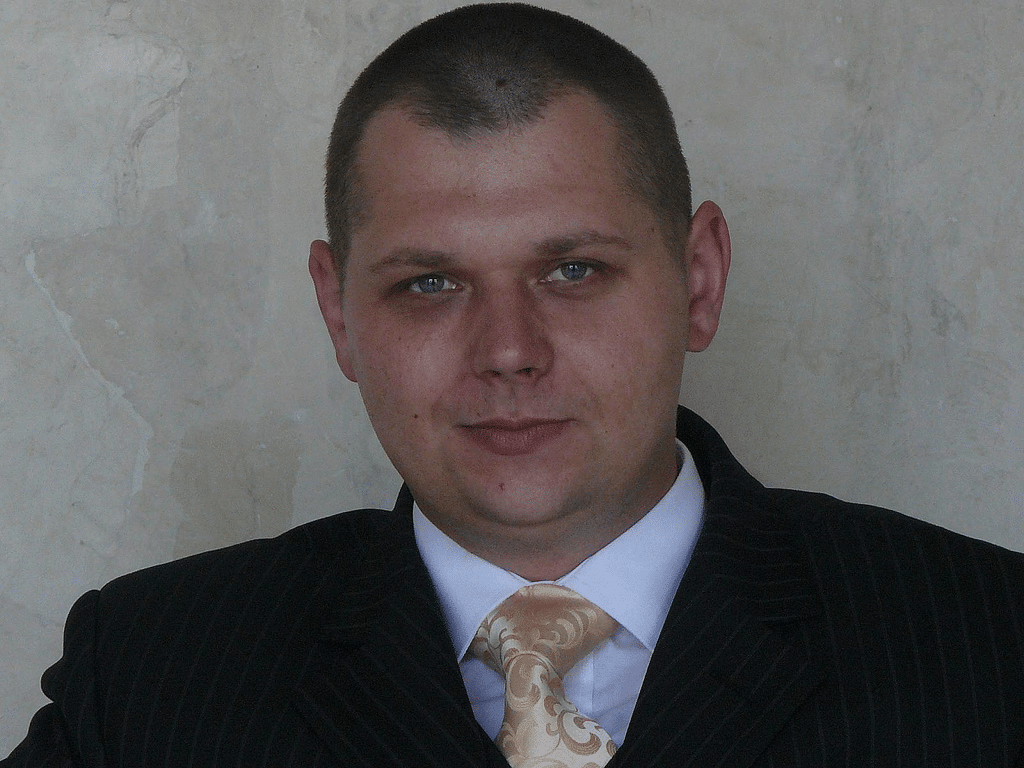 All round solid dependable Polish Guy

One of the most important qualities to attract Eastern European women is to be a generally dependable, solid guy.

If you say you will do something, do it.

Don’t be wishy washy or keep changing your mind about important decisions.

Be like a rock. Allow her the space to act girly, change her mind, get overly emotional. But don’t get into long conversations with her about her feelings. Leave that to her female friends.

Don’t keep making jokes and acting silly. It’s ok to amuse yourself – this is an attractive quality. But don’t think that you can attract Eastern European women by being a comedian / acting zany.

Instead, focus on presenting yourself more soberly. Cultivate your ambition and have a plan instead. In effect, act with a bit more status.
Dealing With The “Russian Minute”
The Russian minute is a peculiarity that you’ll face when you approach Eastern European women. The concept is that for the first 30 seconds – 1 minute, they are cold and frosty and make it difficult for you to try and attract them.

It gets tricky because you shouldn’t waste your time on girls who are not interested in you, but equally, you do not want to misinterpret the signs and walk away from a hot girl who may warm up after a few minutes.

As you can see, Eastern European women are a little complicated but once you start to get success with these gorgeous women, you will never want to date another kind of girl.

Here’s my recommendation for best success:

If you’re in the West and cannot feasibly go to Central or Eastern Europe:

Read this guide to pick up hot Eastern Euro girls from this dating site without paying for an arrangement.
In other words, how to meet an Eastern European girl and make her your girlfriend using online dating.