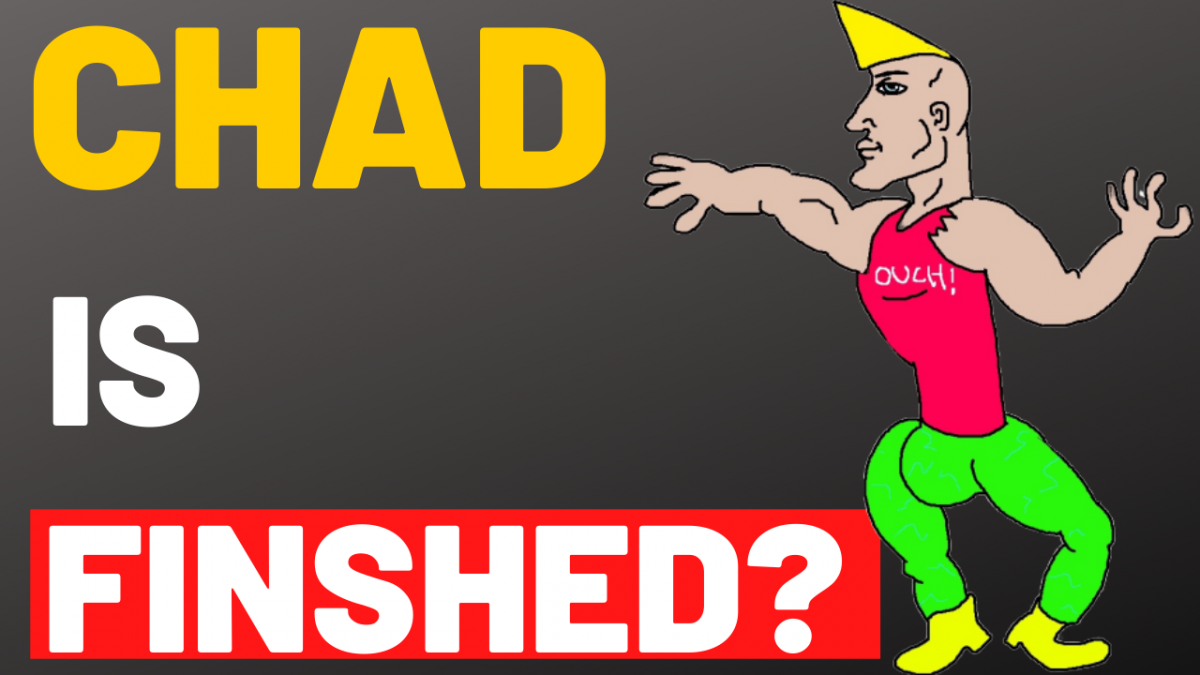 The bane of incels and disaffected men the world over…

And after all, why not? The minute chad walks into the room, female heads crane…Pussies moisten, eylashes are batter in his direction.

Whilst the normal average guy has to watch as the young hot women all flock to Chad. The gainfully employed man with a good job and prospects who was told “be a good stable man, and the woman will come” gets the scraps that are left over.

But is a new dawn coming? A new hope? Has Corona Chan upset the balance, so that the normal average man finally gets his revenge, after years of having his head flushed down the toilet?

Now there are lots of problems with this theory. The sexual marketplace is a complex place with many competing forces all pulling in different directions, and culture is not the least of these forces. The “game” so to speak that “works” in East Coast metropolitan USA will absolutely NOT work in Eastern Europe. The USA is a much less cohesive society then Poland for example, where Hypergamy is far less rampant that central LA, or Washington DC.

Since you’re watching this channel, you probably know about the concept of the Sigma Male who knocks this theory into a cocked hat, since virtually no Sigma can compete with Chad in the looks department, but a considerable percentage can compete with a Chad in the sexual marketplace (I know because I’ve done it for many years).

And times have changed, boy have they changed. A new variable has entered the equation and none of us know yet the impact it will have. Enter Corona Chan.

Chad relies on a stable functioning society where conditions are predictable and resources are plentiful. This is known as a R Selected society. This means that women have their basic, fundamental needs catered for, and can either provide for themselves, or let Big Daddy Government take care of them. By basic needs we’re talking about shelter, food and medical services. Beyond that , Chad needs a society that encourages promiscuity and “you go girl” female empowerment. When a woman doesn’t NEED a man to survive, she can indulge in her basest desires…The Bad Boy… The chad. Despite how feckless and useless Chad may be.

But what’s happened now? A novel new Corona virus is currently bringing world governments to their knees, and it’s only just getting started. Stock markets have collapsed, people are under quarantine and already people are losing their jobs. Everyone is scrabbling to understand and deal with these new conditions. To take one example : the bull market that’s been stampeding in the US stock markets seems to be at an abrupt and violent end, despite frantically trying to reflate the bubbles by agressive money printing by central banks the world over.

Might not be the time to buy those dips.

So this is the new reality in which you, me and Chad now have to operate. Allow me to pull out my crystal ball and speculate how the sexual marketplace might change in the near – medium term timeframe.

Economic insecurity is clearly going to increase. There may soon be a time where women are no longer going to have their basic needs catered for, and will once again rely on men. The average delta on the socio – sexual hierarchy may yet have his time in the sun, whilst Chad will begin to suffer.

The problem will be that many men will also fall victim to this economic insecurity too. Overall it seems likely we will move towards K selected times where resources are scarce, and the rugged individualist stands more chance of surviving. This much is obvious. If established businesses start to fail and the cost of employment begins to rise exponentially, might we see an acceleration towards automation that will make it even tougher for the average manto make a living? Making money online might suddenly become attractive to swathes of men.

This is where the Sigma comes in. As you probably know a Sigma tends to eschew hierarchies and is fiercely independent, and this may be their time to shine. I personally predict that more and more men will become interested in all things Sigma Male.

On a gloomier note it seems that the days of Euro Jaunting – travelling around Europe with the express intent of doing spam approach daygame and trying to get your end away with as many relatively comely women may come to a screeching halt. The majority of men found daygame tough before even under perfect conditions, with an average success ratio of 2% for a really experienced and capable daygamer. With social distancing and the corona virus uppermost in people’s minds, the days of hordes of daygamers spamming the streets and causing a nuisance are well and truly over for the forseeable future.

And that’s if you can even travel to Eastern and Central Eurpope any longer. These countries care about their people and were one of the first to shut their borders. Nationalism and borders are now in the spotlight and common sense is once again beginning to take hold. The EU itsef might not survive and easy, convenient frequent travel to your favourite daygame hotspots might be a thing of the past.

It is a crying shame. As a 44 year old man, I had my time in the sun and exploited it to the fullest possible extent. Men who bought into the blue pill and were victims of chad and his ilk over the last 20 years, or younger men who want their chance for serial monogamy and many sexual partners may not get their chance. With the benefit of hindsight, I personally think this may not be a bad thing.

If at the end of all this the average man is given more of a look in than previously, we might overall all be happier.

I hope you take the positive from this presentation. I offer dating products to help any man achieve his dreams with women, and if that means finding your perfect girl then so be it. To get a 7 hour video series on approaching women intelligently with the highest success ratio, check out The linked product on the right hand side, called the Secret Society.

To find out about the Tinder in reverse online dating service that I offer (where YOU are really the prize), check out the video on the left.

Is The Sigma Lifestyle Nihilistic?

Are You REALLY A Sigma Male?

How To Become A Sigma Male

You Are NOT The Prize (Despite What You Tell Yourself)