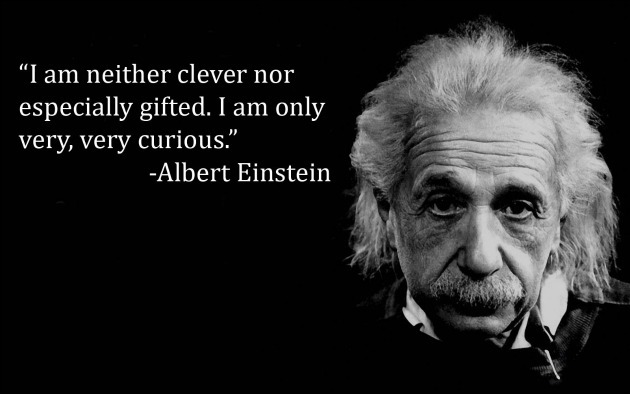 How Intellectual Curiosity Can Help You With Women

I watched a couple of snippets of the latest Joe Rogan podcasts last night, with Jordan Peterson and Neil De Grasse Tyson. One subject which came up in both was the concept of intellectual curiosity and the nature of learning. 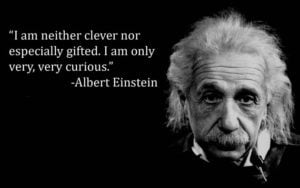 Peterson ruminated on his rise to worldwide fame and success, where he can now easily fill 3000+ auditoriums wherever he goes for a speaking engagement. Neil De Grasse Tyson talked about his recent book Astrophysics For People In A Hurry, which has sat at the top of the NYT bestseller list for over 60 weeks.

Peterson’s idea was that people are smarter than we thought. Witness the explosion in long form content like the Joe Rogan experience – usually weighing in at 3 hours long. (I’d be willing to bet approx 50% of his viewers watch the full 3 hours).

The success of Tysons book about Astrophysics supports Petersons hypothesis. Despite the popular shibboleth that concentration spans are declining, it might be that people have a thirst to learn, but the way in which they want to consume information has changed.

What interested me about all of this was the synthesis of an idea that I’ve had in my mind for some time : the importance of intellectual curiosity and its relationship to attracting women.

Intellectual Curiosity And Self Sufficiency

Recall my post on attracting Eastern European women. . In that post I listed self sufficiency as one of the personal qualities that are attractive to the top notch Eastern Euro girls.

Intellectual curiosity is the vehicle that can lead you towards this.

First, I’ll explain why I think this is important : I’ve stated several times that I think we’re heading for tough times in the West. If anyone can turn it around it’s Donald Trump, but I fear that even Trump might not to be able to stave off the economic implosion that’s coming to the USA.

Similar issues face the UK and much of the Western World. Check out Mishtalk for more on this. One of his assertions is that vast swathes of the US economy will be destroyed by driverless cars – probably within the next 5 years.

The times when you could stay in a career for life are long gone. Approximately 42% 50 % of US Baby Boomers (over 55, as of 2018) have zero retirement savings. Despite being the most priveleged generation ever to have lived.

You have to think for yourself.

This is where intellectual curiosity comes in. Wouldn’t it be great if with each passing year you became smarter and more capable? If you knew more about the world and were confidently making progress in your personal goals?

It’s something I’ve switched back onto recently. I had a 3-4 year period of stagnation and laziness, but falling on hard times recently has been a slap in the face. A little does of reality, a spot of future projection and I’m right back on track. This time, for good.

Each year I get Stronger…Faster…Smarter!

Please note I am not putting myself forward as a paragon of financial success. I’ve been close a couple of times but cannot legitimately claim to have achieved anything like what I wanted.

However, I do know how to think for myself and having had to support myself for about 7 years without a job has forced me to develop self sufficiency.

If the doom and gloom projections are right and hard times befall us all, it will be people like me who are able to navigate their way through it. Not necessarily through selling pick up products, but in a related or even totally new field (there are other ideas I work on, and I am constantly looking for other opportunities).

This is especially important as you get older. As your looks and physique declines, you have to make up for it in other areas. Self sufficiency and the ability to deal with hard times is one of the key value adds that an older man can bring to the table.

Women will always look for this kind of attitude and mindset in men. In prehistoric times it was the bold and cunning early humans that could steal the honey from bees nests that reproduced. Today’s modern equivalent is the ambitious guy who can think for himself and survive (and perhaps prosper) in the tough times that are coming.

An actual real life ancestor of mine from my fathers side. Note his DHV by the sharpened spear, and the excellent alpha body language on display here

As daft as this may seem, here are some of the things I do which demonstrate intellectual curiosity. These are listed just to illustrate the point.

Every time I watch a movie, I google the cast , director after and any other information I can find out about the film. I sometimes even watch the making of videos.
Every time I encounter a word I’ve not heard of before, I google it and try and use it in speech and in writing to burn it into my brain.
If I watch a podcast and hear of a concept that I’ve not heard of before, I Google it and try to understand more about it.
I constantly refresh my skills on key areas that are important to my business.
I read Youtube comments on instructional videos after I’ve learned something (such as how to remove white noise on a video), and see if there better ways of doing it.

Plus a bunch of other stuff.

You could start with this list of interesting resources that I recommend.

It’s a smallish list but enough to get you started.

Overall this is one component of becoming a solid, rounded guy with interests and things to talk about other than pick up. Plus, once you get into the habit of learning, it does help to build your self esteem. It feels good to know that you have a choice about whether you decline with age.

That’s my humble offering. I’d be happy to hear from your thoughts on this – any books you have read, podcasts you have listened to on this subject? Put them below in the comments and let’s see if we can all help each other.

Life In Poland Vs The West

How To Meet Women As An Introverted Sigma Male?