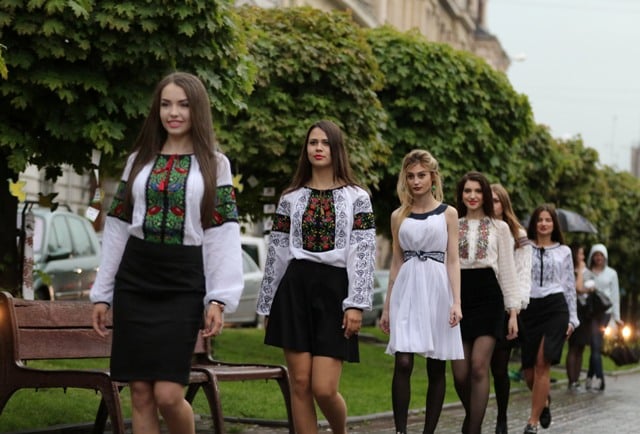 You Must Be In The Dating Game To Win

What I want to talk about today is that you must be active in the dating and mating game to stand any chance of winning. (By winning I mean getting results that you are happy with.) Despite all the bluster and online dick waving you see in an industry like mine , for the vast majority of you, I imagine this will be a girlfriend that you are happy to be seen in public with.

When I say you need to be involved, I don’t mean swiping right on Tinder or sending messages on online dating sites. I’m sure a lot of you do this, but can any of you hand on heart say you get better results from these activities than from approaching a girl in real life? Be honest. I’ve met a ton of guys over the years, we’ve discussed this issue at length, and we’ve yet to find a better way than approaching of getting the best quality girl possible. As I’ve said multiple times, there really is no other way. If there was, I or someone else would have found it.

(There is a caveat to this. I’ve never tried building a social circle, because it’s incompatible with the kind of person I am. Sigma Males do not have any interest in this.) If you’re interested in that kind of thing then you’re on the wrong channel.

So let’s step through why you need to be out there approaching girls in the real world:

Point 1 : Seeing the girl in the flesh

I’ve dabbled with Tinder and online dating for years. With the possible exception of a couple of reserved dating sites, I’ve noticed that the girl looks objectively worse in real life than her pictures in about 90% of cases.

My opinion on this isn’t formed just from my own experience either (extensive though that experience is). Think about the industry I am involved in. Do you not think I have talked to other guys about this? Everyone finds the same experience! You can knock a point or two off the girls real life appearance vs what she displays on her pictures on Tinder or the numerous other dating apps.

Now before the Gammas leap in to correct me and tell me I am wrong about this, let me warn you not to bother. You’re not going to convince me to mistrust what I have noted with my own eyes and from talking to others as a repeated pattern over a period of more than 20 years.

This is only one drawback of online dating and Tinder, there are many others. You think you’re the only one messaging that “cute girl” (though 2 points less cute than you think)? There’s a sea of thirsty dudes queued up behind you, all vying for the attention of that real life 6 that you’re messaging.

Point 2 : When you don’t make an effort, other guys will.

It’s been an interesting experience for me to spend time in Poland recently. I’ve been keeping my eyes open, and I’ve noticed that Polish guys try…A lot. They really do care about the Polish girls.

Now, they do get defensive and very protective of Polish, which I can understand (though I am of the opinion that the dating market is a ruthless, Darwinistic free market). I’ve always believed it’s every man for himself. If a foreign guy can attract a girl that’s not in his home country, and the girl is happy with this arrangement, then tough shit. I would expect the same of any foreigner in the UK, so it goes both ways.

Nobody every “owns” anybody, and the local men in any country have no claim over the local women. They are not “their” women, just by happy coincidence of being born in a country with good looking women. Real life doesn’t work that way. Whenever there exists anything of value, you can bet that other people will congregate around it and try to acquire some of that value for themselves.

The point is, the dating market is in many ways a zero sum game. If you’re not attempting to pick up that cute girl in real life, there are a ton of other guys who will…And one will succeed.

The amount of effort the majority of men are prepared to make is an input to the sexual marketplace in that geographic area, alongside game, physical appearance, status and all the other variables (though it’s not been identified before as a variable as far as I know). Bear in mind that what some of you think of as “Game” in some parts of North America will get you laughed at and ridiculed in countries like Poland. Try fronting so called “bad boy” game as a guy who is not infact a bad boy in a country like Poland or Ukraine, and the girls will simply pat you on the head, laugh, and walk off.

It relates to the degree of r.k selection of the local population but also a range of other factors. The amount of effort the locals are prepared to make IS a factor. Whilst their “game” as you recognise it might not be up to scratch, they have knowledge of the local market, cultural advantages, and most of all they are safe and in it for the long haul in a way you are not, (or more accurately , perceived not to be). For a lot of girls in ciuntries like Central and Eastern Europe especially, this makes a huge difference.

So, you have to be out there hitting the streets and at least TRYING beyond Tinder and OKCupid if you want a shot at the best quality girls.

Now let’s talk briefly about lover vs provider game. I’m not saying that the locals all run provider game and you simply need to turn on your “lover game” that you may have heard about on other websites or Youtube videos.

Bear in mind, I’ve naturally been the archetype of the “lover” guy for over 20 years and literally wrote a book (Primal Seduction) and made a 5 hour video series about it (Secret Society).  It doesn’t negate the effect that the locals have on the sexual marketplace.

Overall, especially if you’re a guy who isn’t prepared to put in much work, bear in mind other guys will.

When you’re actually approaching girls and giving it a go, you’ll naturally start to become aware of the attractive masculine qualities that girls are drawn to (assuming you are doing something more than simply throwaway approaches just to get your approach numbers up).

By the act of approaching with intent to take things further, you’ll begin to identify where you’re going wrong (assuming you’re smart and taking advice like mine) and thinking critically about what you are doing.

You build courage and fortitude by doing things that you don’t particularly enjoy or want to do (at least initially). Whilst it is initially painful to approach random girls (though if you follow my advice, it needn’t be random at all), I can promise you over time it gets much easier. You can definitely “chunk” the business of approaching women, and acquiring the mindset and skills to successfully get them into bed (and build a long term relationship if that is what you want).

You could start with :

And so on. Now whilst you will still make some progress by getting the odd date from Tinder or OK Cupid (though that is becoming nigh on impossible in many parts of the West for the average guy), it’s a qualitatively different game to approaching a girl, getting her number, taking her on a date and so on. You will simply grow and progress 10* faster if you get in the game and become a participant.

So what do you think? Are you going to get back in the game, or join the game for the first time? If you want a headstart, check out my book Primal Seduction and Secret Society. When you combine that with actively approaching, you should make rapid progress in a way that swiping right on Tinder will never bring you…

How To Pick Up English Girls

How I Picked Up A Hot GoldDigger On SeekingArrangement.com (For Free)

The Alpha Male : You Won’t Become One, So Here’s How To Beat Them!

Entitlement And Attitude To Women

Test This Site For Yourself. Within 1 week you could have 2-3 Dates. It's free to test.