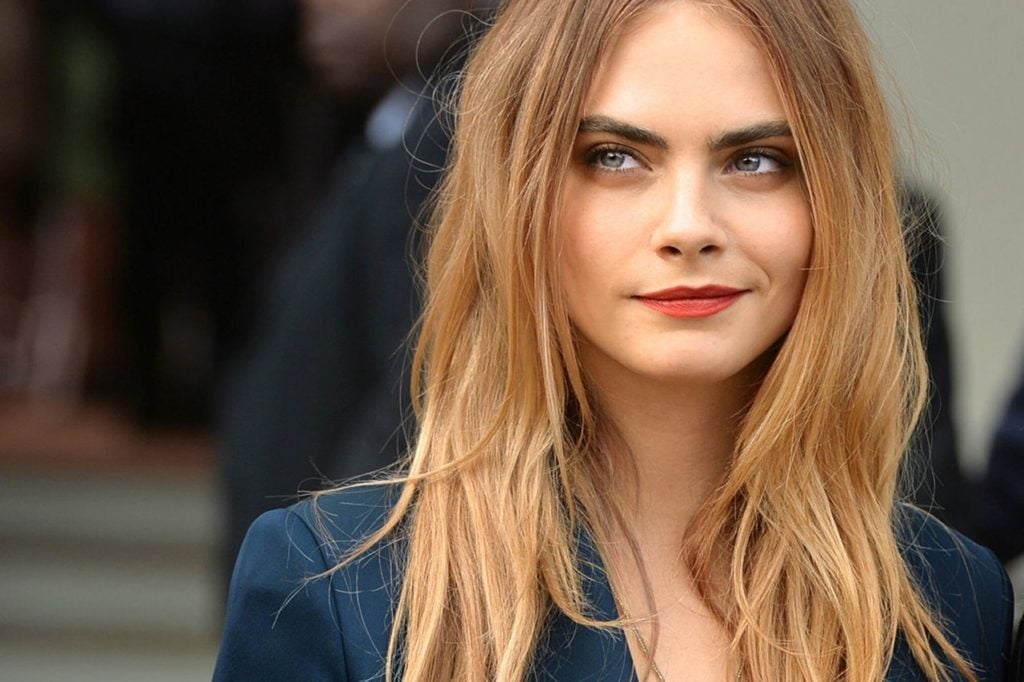 I’m sure you’ll agree that English women can be some of the sexiest in the world – when they make an effort.

But they are not easy to pick up.

Follow these guidelines though, and you’ll be able to chat up English girls confidently in no time.

For those who don’t want to read this huge in-depth article: the best way to meet English girls is by using the famous hookup dating site Adult Friend Finder.

Contents hide
1 How To Attract A British Girl: Where To Go
2 The real key to success with English girls
3 Positive Qualities Of English Women
4 🔥If You Liked The Article, You’ll LOVE This…
5 FAQ
Try and be low-key and humourous when chatting up British girls. English women like what is called “banter” – which is basically a light version of taking the piss out of each other.

I personally never liked this aspect of British culture, so I used to avoid it, but I did adapt it to picking up English girls.

How To Attract A British Girl: Where To Go 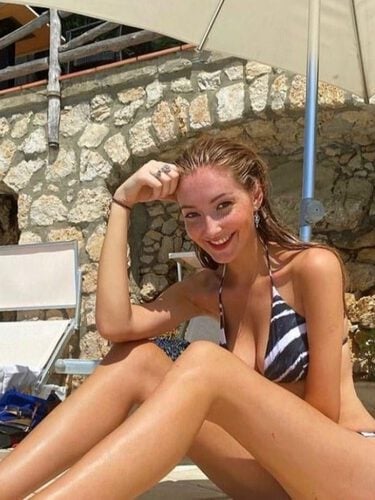 It might seem a strange thing to write about, but England has changed a lot demographically over the years. If you want to meet a traditional “English Rose” type of girl, they are not so easy to find anymore.

However it is still possible!

Broadly speaking, the girls in the North of England tend to be more friendly and up for fun. However, you will be competing with Northern English men – who are often big, strong and have game and confidence.

The best cities in the North of England are probably Newcastle and Manchester. Both have great nightlife options, with friendly, thin and approachable English women. 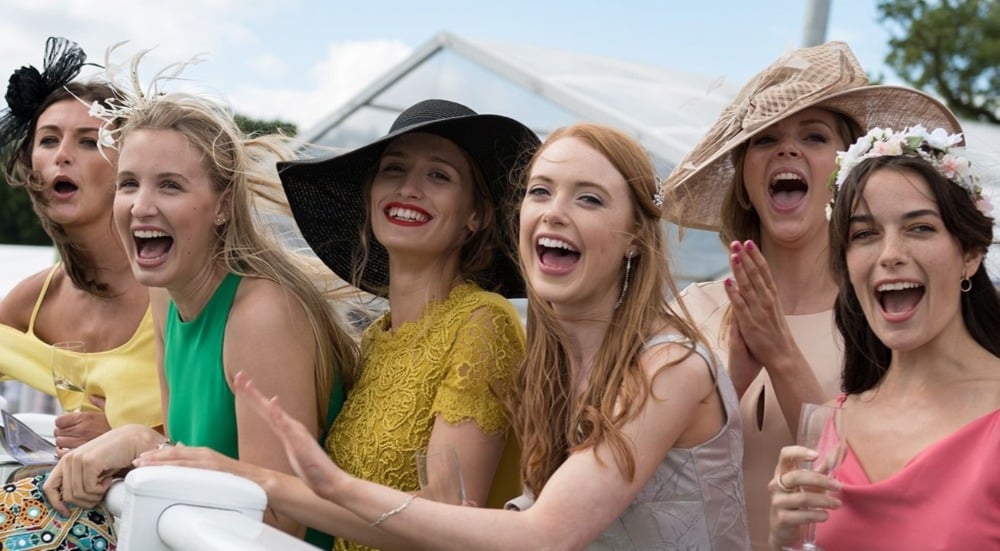 Girls In Newcastle Can Be Fun!

Further south you have London and Brighton. London needs no introduction, but if you want to find cool British women you’ll need to look outside of the centre.

Try Shoreditch in the evening, and around Liverpool street in the daytime. Covent Garden can be good too, but be warned, the tourists will drive you mad after a while.

Brighton is a seaside town – it’s called “little London by the sea”. This is probably the coolest city in the United Kingdom. 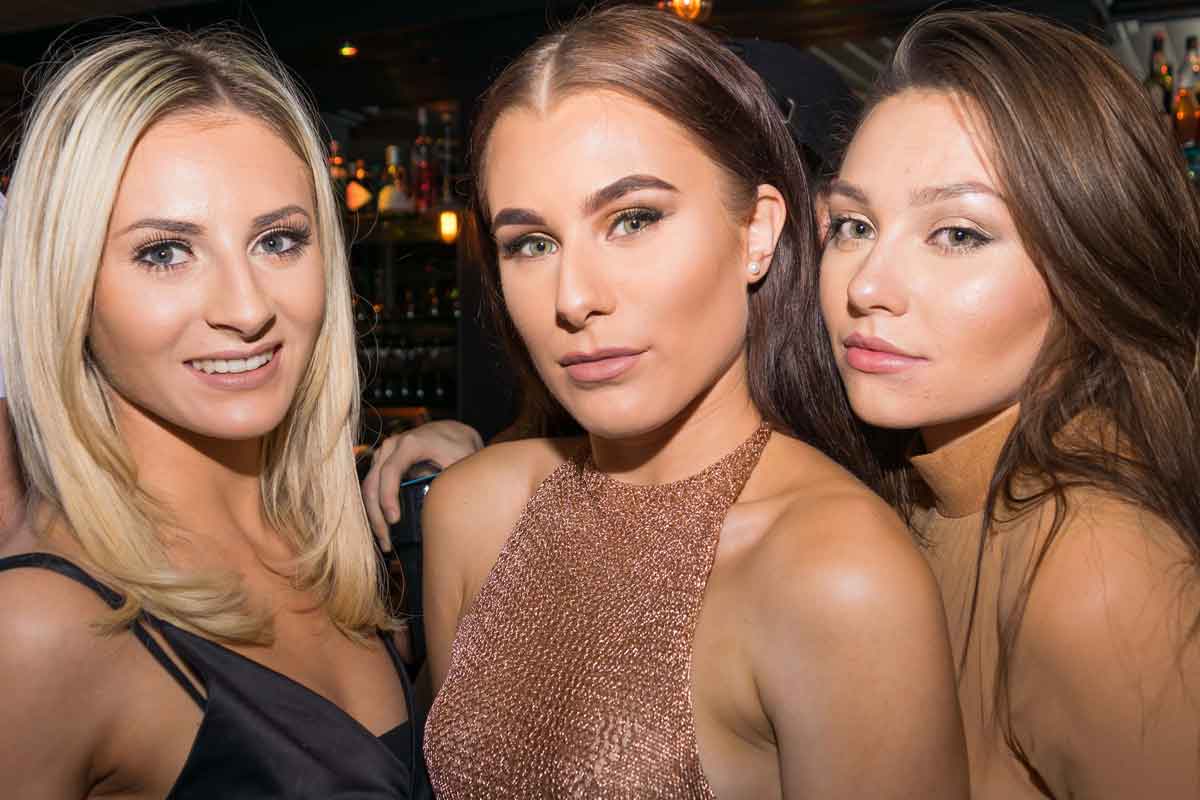 Plus the men are mostly gay (no joke!) – so the cool girls are easier to swoop.

Be warned: You will need to be VERY well dressed and look cool, with confidence and game to do well in Brighton.

Before you approach : Fashion, Body And Height

If you have your “look” sorted already then you can skip this section. However, the majority of guys do not.

You should bear in mind that British women often have an established social circle, often with British men.

British men are reasonably strong competition: many of them go to the gym and are in shape…And quite a few have good “game” (they know how to chat up girls).

So you have to be the best you can be to compete!

How To Start A Conversation With A British Girl

The best way to start talking to a British girl is to be direct and straightforward. If you see an English girl on the street or in the pub, try to make direct eye contact with her, don’t look away, smile and then walk over.

British women like banter and cheeky men, so say something like “Do you always stare at guys you fancy then?”

This shows confidence, swag and cheekiness, which most British women love.

Pro tip: If you really struggle with this, any man of any age looks good in a leather jacket, T-shirt or smart shirt and good quality jeans. 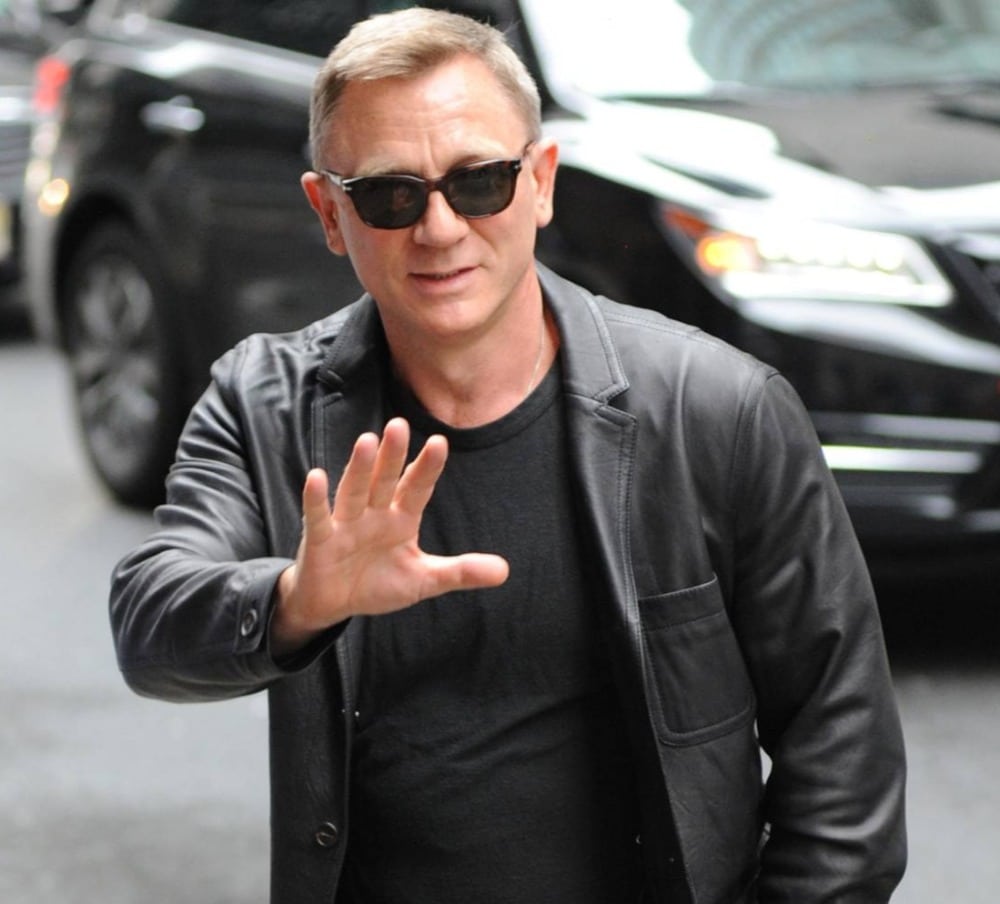 This look works well for any man

Most guys wear excessively baggy clothes of a generic style.

Flip through a men’s style magazine and find someone cool who has a similar physical structure and demographic as you (e.g. young tall guy, old heavyset guy) then copy their style.

Give yourself permission to be stylish. It’s better to spend your entire clothing budget on one great outfit than to spread it thinly over many shitty pieces in your closet.

Get to a gym. Lose flab, get in shape. No excuses.

You may have internalised the mantra that “looks don’t matter”. Drop it – it’s not true!

Women are attracted to muscular, lean physiques both because of the visual thrill they experience from looking at it and because of what a fit strong body communicates about the man’s self-respect and investment in himself.

A good routine to start with is the stronglifts 5 * 5 routine.

Women prefer tall men, up to the golden height of 6’2” (or so). There is some leeway here depending on the girl’s own height and how much she seeks a sense of vulnerability and smallness in the company of a big man.

This notwithstanding, if you are one of the 99% of men who is shorter than 6’4” then you will unquestionably benefit from adding an extra inch or two to your height.

This means stand up straight, chin up and sleep in a comfortable bed with a high-quality firm mattress (so your body can elongate overnight – it’s a strange fact of gravity that people lose an inch in height during the day from gravity pulling their skeleton downwards). 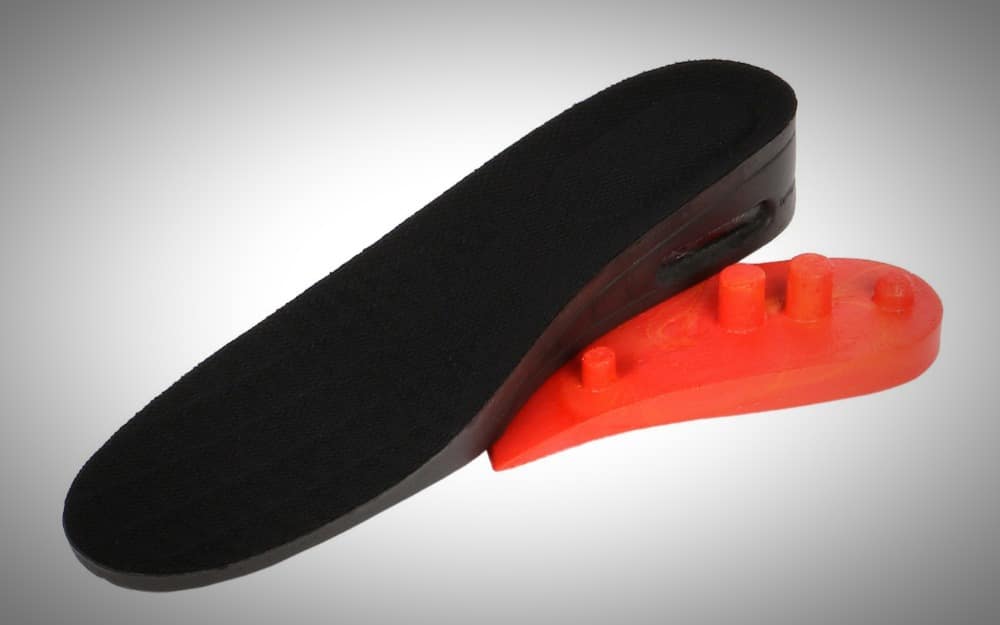 Height Increasing Insoles Can Give You A Height Bump (1-1.5 inches)

There are 2 main keys to approaching and attracting English women (or any woman for that matter). You have to use your social intelligence, and you have to create sexual tension when you approach her.

Other things you can try:

Try using mini cold reads mixed in with sexuality which are effective in attracting British women.

One which immediately springs to mind is:

“Red hair, short skirt – must be filthy in bed. Am I right?”

British culture has unfortunately degraded a lot from its height when we ruled the world and brought civilisation to the rest of the globe.

Nowadays the fashion for British men seems to be to turn yourself into a disproportionately muscled Orange gorilla, and act raucously with no class.

You don’t want to act like this, it’s not becoming behaviour. However, try to be a bit cheeky and overconfident.

British women respond especially well to “A bit of a lad” – a guy who gets women that they think they can turn around.

Pro Tip: If you haven’t seen the original British movie “Alfie” with Michael Caine, then do watch it. Alfie personifies this cocky and cheeky British guy perfectly. British women especially seem to love the challenge of turning around a “bit of a lad”, a guy just like the character of Alife in the original 1966 movie. 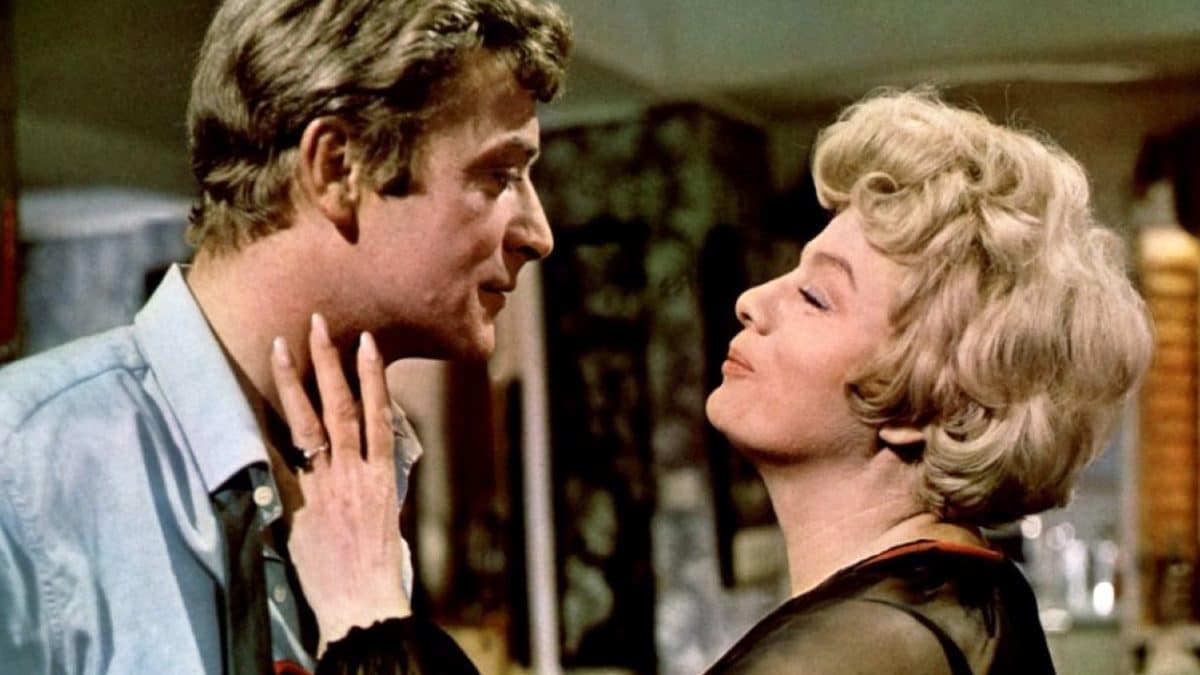 Screenshot Of Michael Caine In The 1966 Movie Alife. Watch It!

English women are usually not shy at all at being confrontational and aggressive. It sadly seems to have been ingrained in British culture in 2018.

Therefore, you need to be ready for this when you approach English girls.

If you approach an English girl and she acts like this, it’s best to try and turn her around by being a bit cheeky with her. Something like:

“Who rattled your cage woman? Shut your pie hole!”

Please Note : This only applies to a certain type of British woman. The more classy types of English girl need a different approach.

Be Dominant With English Women 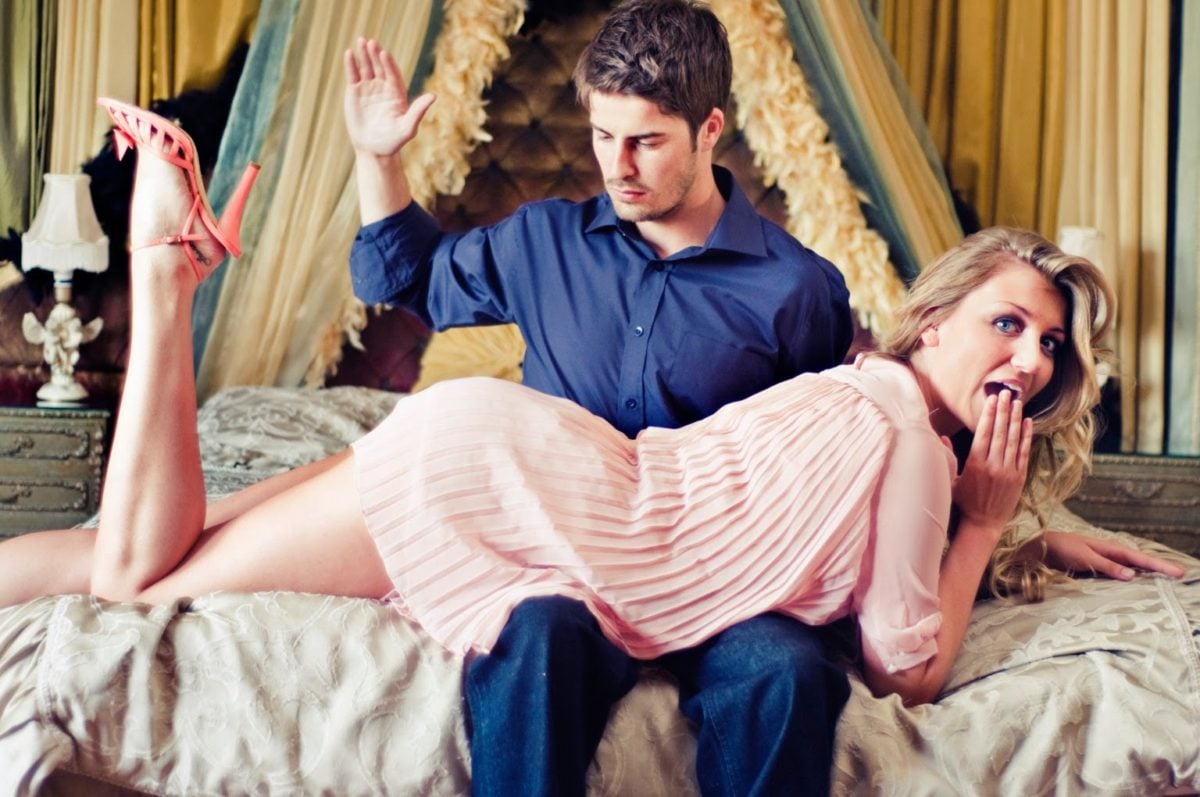 British Girls Respond Well To Dominance. Don’t Try This In The Street!

British women like a guy who takes charge. One of the main reasons for this is related to masculine and feminine polarity.

The majority of younger English women have to compete in the workplace, so in their free time they want to be allowed to be more feminine, which means they will look to the guy to take charge and be more dominant and assertive.

Incidentally, if you’re an older guy reading this and you want to meet younger women, check out my full list of younger woman older man dating sites.

Being dominant is a very attractive masculine trait generally, but it works especially well on English and Eastern European women.

Also, try to be assumptive in your speech. For example, instead of asking “so will you go out with me”, say something like “so when are we going to go out then?”.

Think cocky and dominant and you won’t be far off.

If you try and pick up English girls, there is no time for indirect nonsense. Just use direct game and tell her that you want to see her again.

There are of course exceptions to this. The arty type of hipster guy who plays games with girls can actually get success – particularly in London. But let’s be honest, who’s got time for all that malarkey?

Better to get right to the point and save us all some time.

Give Specific Compliments When You Talk To English Women

Every girl likes to feel special, and English women are no exception. When you approach her, give her a specific compliment – something that you feel stands out about her above other women.

There must have been a reason for you to approach her, so tell her when you talk to her.

Try to make the compliment as specific as you can. Be descriptive – use adjectives like striking, interesting. Say it from the heart, and don’t just repeat the same thing you say to every girl when you approach!

The real key to success with English girls

When you approach any girl, you’ll want to bear in mind three key principles: 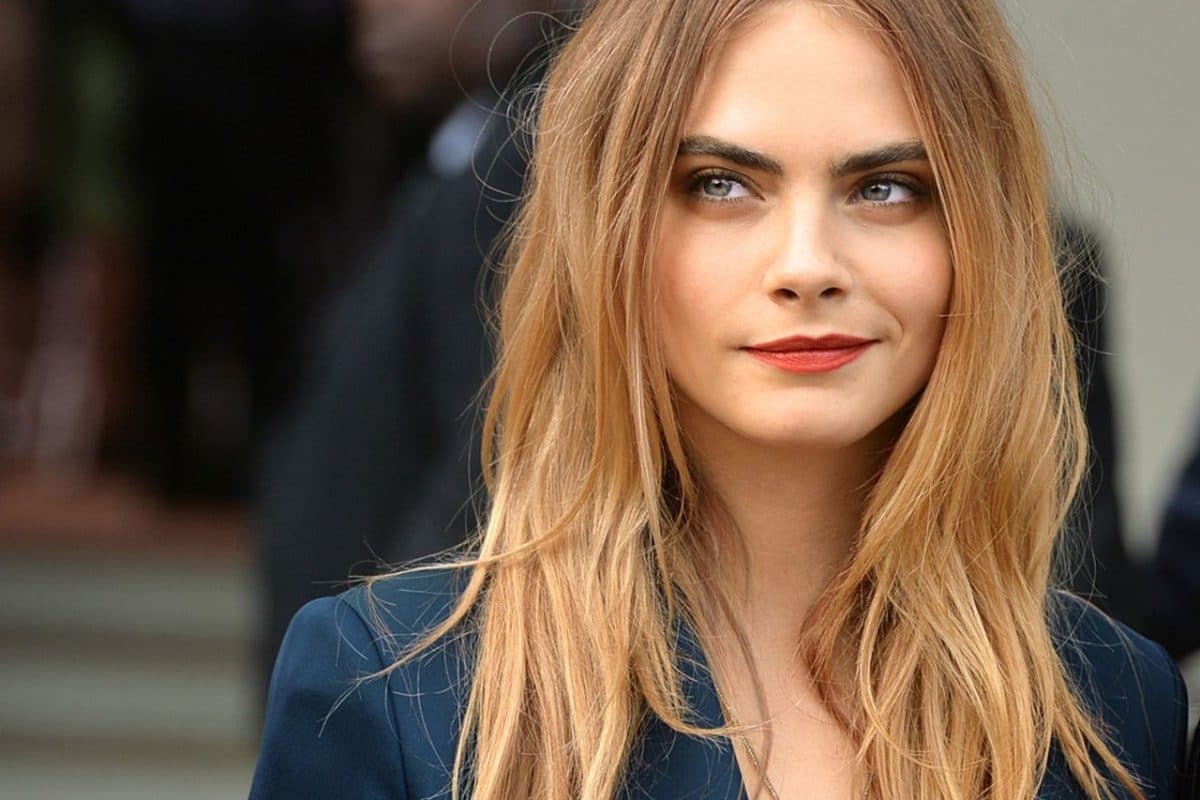 One delight of British women is there are lots of great looking British girls from further North who are very down to earth and easy to talk to.

It is actually not so difficult to pick up English girls – they are not shy and have no problem with sleeping with you quickly. You just need to know how to act around them.

Bottom Line: The best British women can be the best in the world. When English women are good looking, they are usually REALLY good looking. I personally prefer girls from the South who speak with an impeccable British accent.

🔥If You Liked The Article, You’ll LOVE This…

British girls can be easy if you are a confident cheeky guy with swagger. English women prefer this kind of guy.

How Can I Impress A British Girl?

Make direct eye contact with her, smile, repeat a few times then walk over to her. Be cheeky and ask if she always stares at a guy she fancies.