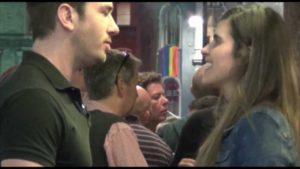 Contents hide
1 ❓IOI Meaning. What Is An IOI | What Are IOIs?
2 👁️‍🗨️ IOIs in action: let’s see some examples
3 📝List Of IOI’s, ranked by strength
4 💕Forcing IOIs
5 🧬The Evolution Of Forcing IOI’s
6 👨‍🔬How I invented Forcing IOIs

❓IOI Meaning. What Is An IOI | What Are IOIs?

An IOI (indicator of interest) is a sign that a girl is attracted to a man. They can be very subtle (such as glancing at a man briefly on the street as she passes by), or very blatant (such as licking her lips or giving a man prolonged eye contact).

Most men wonder “what are IOIs?” and have very little clue about what an IOI is, or what it means.

An IOI from a girl is usually a reliable indicator that if the guy plays his cards right, he can actually have sex with the girl. Unfortunately, most men are not aware of this and thus blunder through life, often missing out on very blatant IOIs from women that might have ended up in a sexual relationship or even a long-term partnership!

We don’t want that to happen to us, so in this post, I’ll give you the lowdown on IOIs so you can capitalise on them in future and never have to worry again about missing out on opportunities.

Watch this video where I show you examples of IOIs using spy camera glasses. It gives you a real insight into how this works in the real world:

IOI’s (or indicators of interest) had their origins in the PUA subculture. They first became known in Neil Straus’s seminal, worldwide Bestseller “The Game: Penetrating The Secret Society Of Pickup Artists”. In the book, Mystery tells Neil Strauss that he waits for 3 IOIs before making a move on a girl.

Infact I have found repeatedly over many years that this is bad advice. You don’t need to wait for IOIs at all, or if you do, 1 will suffice (as you will see)

The Strength Of an IOI

First of all, IOIs can have different strengths. Whilst all IOIs indicate interest from the girl, the two factors that govern how strong (or blatant) the IOI is are:

I’ve written a detailed guide to a list of IOIs (or flirting signs from a woman) and given each one a strength out of 10. You can see the full list here on my site (clicking the link takes you to the list)

Bottom Line: No! Your appeal as a man is not just about your aesthetic. As I explain in the video, your subcommunications are a powerful way of increasing your chance of positive responses from girls.

I’ve personally witnessed lots of average looking men suddenly shoot up their positive responses from women by improving their subcommunications.

Why do you think that bootcamp instructors constantly pump the guys state? To leverage this known fact that it increases the probability of success.

Of course, you cannot constantly pump your state – it’s exhausting.

What you need is to be able to have a good base state , and be able to execute stateless game.

There is a very long section on this in Primal Seduction.

But I never get IOIs – what should I do?

Have you maximised your aesthetic?

Are you generally in a good state?

How good is your awareness?

The last point is key. I explain in the Secret Society that I was shocked on my live training events how unaware most guys are of the subtle signals that women send out all the time.

If you’ve maxed out on points 1 & 2 above, then you need to think about your awareness.

There’s a big section on this in my video Prodcut The Secret Society.

A lot of guys who actively approach women see a girl they like, and approach her with no indication whether she will react well.

This results in a high percentage of bad reactions, eye rolls and blowouts.

This is very tough on the average guy, and explains why approximately 90-95% of guys who start approaching women give up – because of the high rate of rejection. Eventually, even the toughest guy gets tired of being blown out constantly.

However, when you start forcing IOIs, your success rate dramatically increases.

Why? Because when you force an IOI, you’re basically pinging the girl to see if she has any interest in you prior to approaching her.

It’s an active method of screening girls who will react well to your approach. 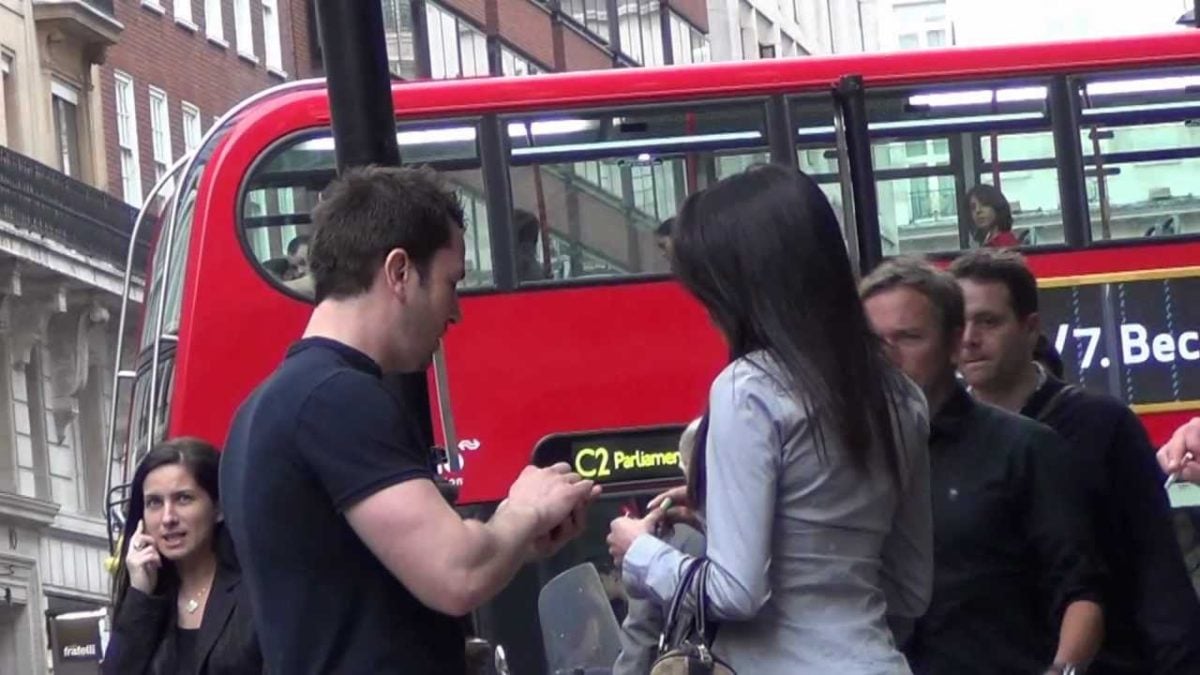 Me Successfully Getting A Girls Number Off A Forced IOI

When you force IOIs consistently, you’ll be much more motivated to continue approaching women because you get used to better reactions, your state increases and you’ll naturally be more “on point” when you approach. It’s a positive feedback loop.

Let’s take an example of this in action.

Suppose you’re in a nightclub and you’re on the dancefloor.

You self amuse by doing your own dance, and force an IOI from a girl you like by pointing at her, nodding and winking.

The girl in question notices and likes the look of you. Moreover, by showing you’re having fun and dancing as you want, and targetting her specifically, she’s much more likely to give a favourable response.

This is because girls like men who do their own thing and who don’t react to the social pressure of a nightclub (as shown by you dancing in your own way and having fun).

When she starts giggling and smiling at you, her friends will notice and start checking you out as well.

You’re now starting to generate social proof. Other women will notice that your target girl and her friends are smiling and shooting IOIs at you – so they start to look at you favourably as well. 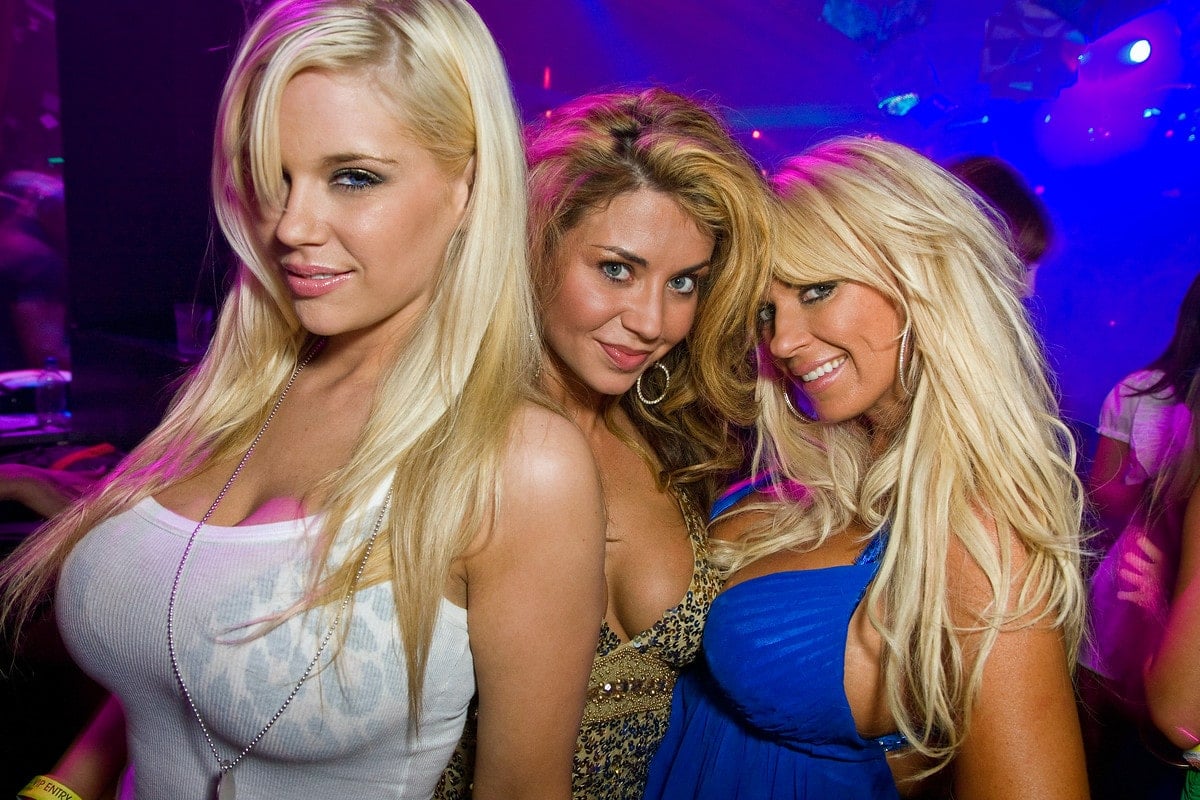 You notice this of course, so your state starts to rise, you get more in the moment, so you force IOIs from other girls in the vicinity.

You can then choose your moment to approach any number of girls and dramatically increase your odds of a favourable response simply by the social proof you’ve generated.

Forcing IOIs starts to open up the Secrect Society

The video below was taken from one of my bootcamps where I introduce the concept to the guys. This short video opens your eyes to the Secret Society:

You can see in the video that most of the guys saw a strong IOI as a girl walked past, and I launch into a discussion of the steps you can take to get away from spam approaching to more targetted approaches.

I also explain how this feeds into your mindset so that you can eventually approach with the correct beliefs (that you can fuck her if you want)..Until finally you arrive at the Jedi level where you MAKE it the reality that you can get 90-95% of girls who you approach after forcing an IOI.

You can use any number of methods to force an IOI. I don’t recommend trying to copy my techniques, because it should be something you feel comfortable doing, and it also depends on the state that you are in when you force the IOI.

However, here are some examples to get you started:

Richard La Ruina first noticed me doing this about 10 years ago. I’d basically stand near the centre of the dancefloor, do a retarded (apparently!) dance, then pick out a girl and point at her.

This works because you’re showing resistance to social pressure, self amusement, and big balls by standing alone and pointing at hot girls whilst smiling at them. 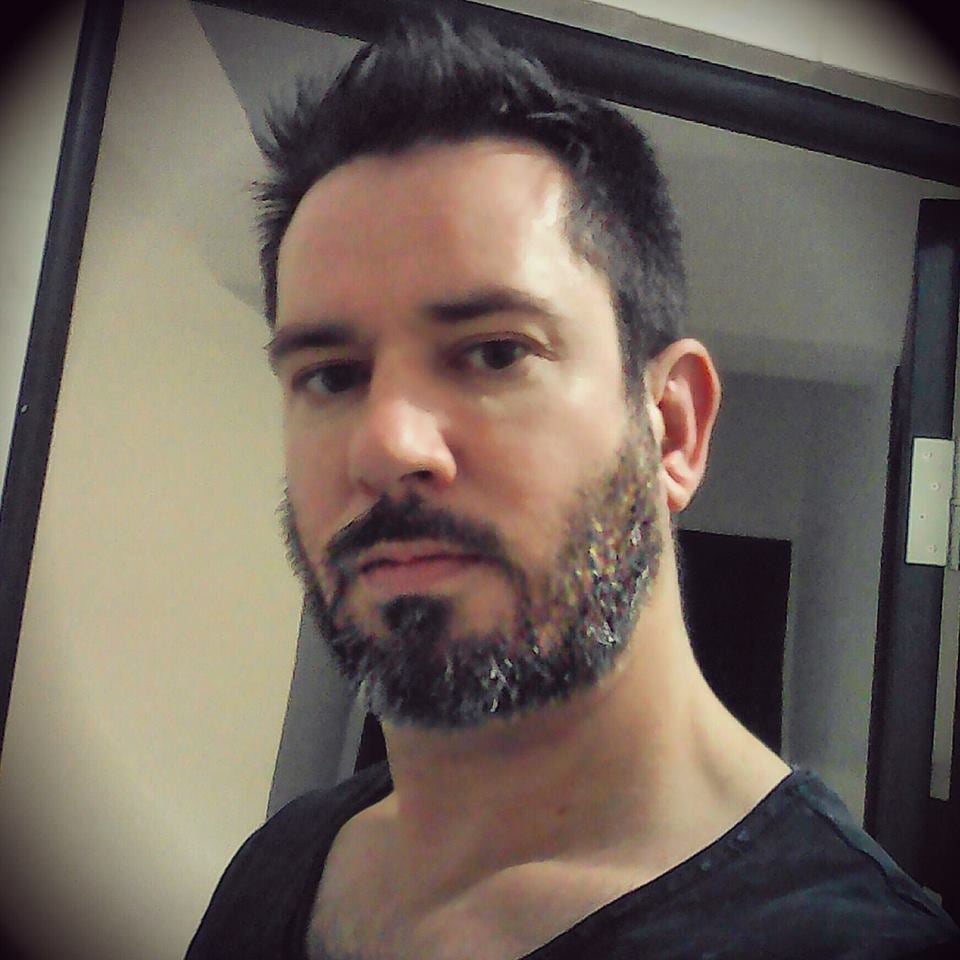 A photo of me, almost a stern nod!

The stern nod is mostly used in daygame.

Let’s say you’re walking towards a girl. You lock eyes with her briefly – then you acknowledge her with a stern nod and a slight smirk on your face.

You’re basically saying to her (without speaking) – “BUSTED!” – I saw you looking at me and shooting an IOI.

This shows dominance and a certain alpha attitude – because of the stern nod, coupled with the slight smirk.

This basically involves locking eyes with a girl and very obviously looking her up and down with a slight look of healthy appreciation for her beauty on your face.

Once you’ve done that, you can even give her a little nod, as if to say “well done for being hot”

It contains a certain amount of irony because most guys will look away embarassed if they are “clocked” checking out a girl.

However by making it VERY obvious (i.e. belligerently leering at her), and then giving her a matter of fact nod, you’re showing boldness and confidence.

This one is very easy to do, and works well with minimal effort.

IOI Pickup: An IOI based pickup analysed from start to finish

In this lengthy video I talk through how I ended up going to bed with an 18 year old from Budapest off a forced IOI – a pure IOI pickup. It’s a great story and will help to build your belief about the possibilities of IOI dating.

🧬The Evolution Of Forcing IOI’s

If you’ve been around a while, you’ll noticed the subject of forcing IOI’s first started getting traction from my old mate Richard La Ruina, I think even before 2010.

As you’ve seen from the video above, Richard was talking about my game (including forcing IOIs) years ago.

The reason Richard first started talking about forced iois , as you have seen in the video, is because he watched me on our trip, broke down what I was doing…And then started to bring it to market.

I liked Richard (and still do), partially because he always gave credit where it is due by crediting me with developping forcing iois.

He acknowledged that forcing IOI’s is part of developping the most efficient, effective method to cut down on your investment, and increase your open / close ratio.

Related : How To Create Seuxal Tension

It is simply the best way to pick up women with low investment, bar none.

Now 8 years later in 2018 I am actually very happy that other people aside from Richard have realised this and are following in my footsteps by using forced IOI’s for their own game. (And talking / writing about it)

I invented using forced iois without even realising it.

I first started forcing IOI’s when I was about 15 years old (27 years ago). I hadn’t even been laid at this time and was still spotty , with gaps in my teeth.

But fortunately, I was a superb athlete – very fast and strong – so I was born with fast twitch muscles which were particularly noticeable in the bicep region.

Without knowing how to capitalise on forcing IOI’s (my knowledge of escalation came later), I used to practice it all the time. Usually by standing in such a way that I could tense my left or right arm subtly without looking like a dork.

And I noticed this was getting attention off women.

Nowadays I use about a million different ways of forcing IOI’s but the principle remains the same:

Forcing IOIs is an extremely effective way of pre opening, gauging which girls will respond well to your approach…And getting the best possible open/close ratio.