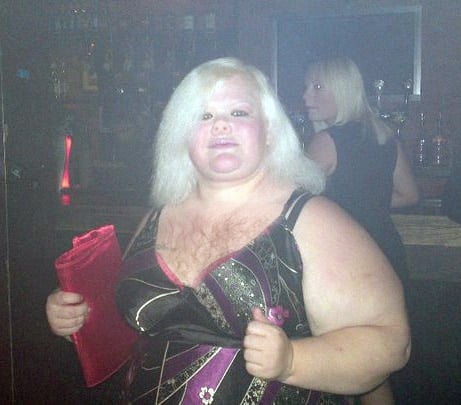 I decided to conduct my own research using a fake Plenty Of Fish profile to determine just how bad male thirst is.

I wanted to find out if the sexual marketplace is skewed towards women using free online dating sites like Plenty Of Fish, Match.com etc.

This was prompted by the extreme example of the skewed seuxal marketplace, where an average looking woman conned hundreds of men on Tinder to compete for her affections in NYC.

The results were shocking!

It’s official. Male thirst is real, and worse than I could have possibly imagined.

The point of the fake POF profile experiment

I created a fake female profile, with a HUMUNGOUS girl, with a photoshopped fake pig nose, and hairy chest.

I gave her a repugnant personality, and very little detail in her profile.

The idea was to make the ugliest girl imaginable with no redeeming features whatsoever….And see if men still pursued her. 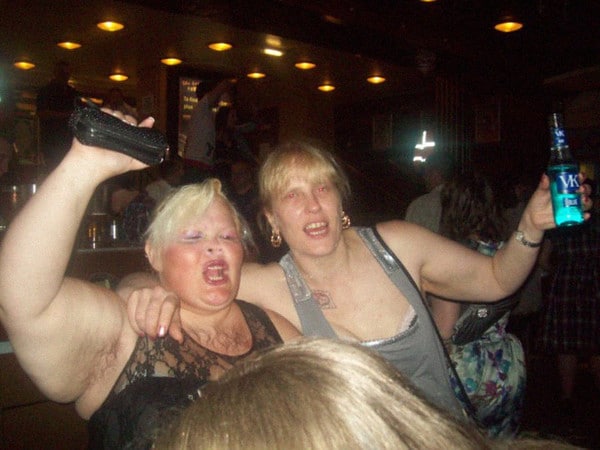 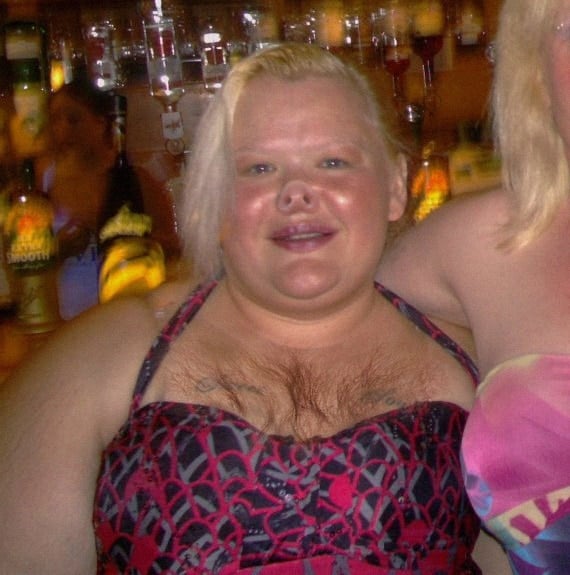 Not the most best looking girl in the world, I am sure you’ll agree.

In keeping with the majority of female profiles on POF, I thought I’d make hardly any effort and display a reasonably high degree of entitlement. Hence the profile heading:

Perhaps Daisy redeemds herself with an excellent profile?

Now as men we know that a girls appeal is primarily visual – but a lot of girls don’t know that. Sometimes they agonise for hours over their profile description (in rare cases) – or at least that’s what they say.

Well, Daisy didn’t bother with all that. She opted for a more honest, authentic approach.

I’ve highlighted the parts of Daisy’s profile that I really think make her stand out amongst the more attractive competition! 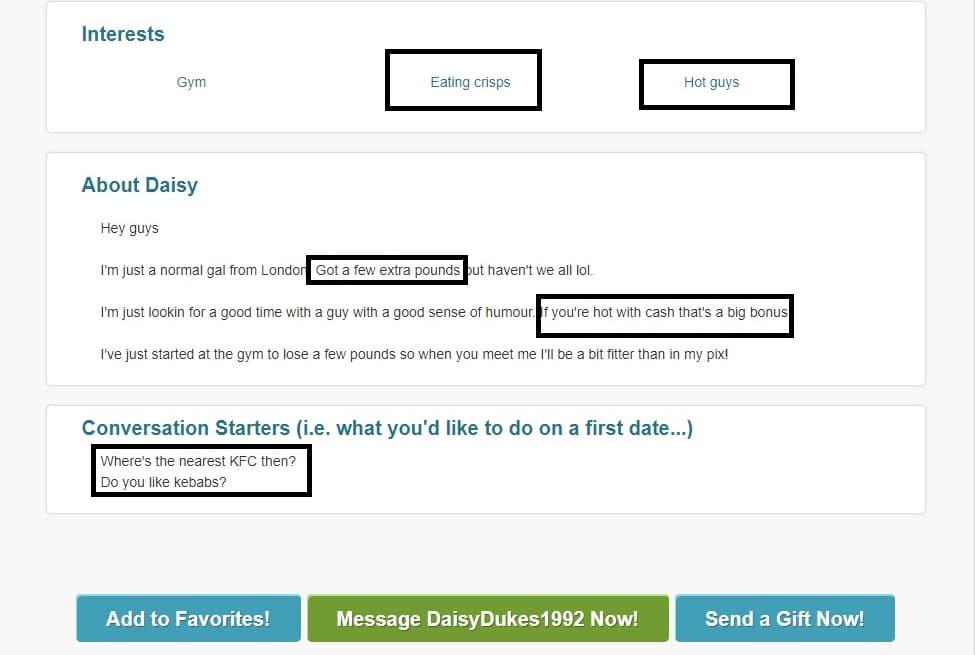 I did not look at any male profiles to get additional views. I initiated no contact with any men. I did not use the “Meet Me” feature.

I did nothing to get additional traffic to my profile. I simply created it, and logged back in 24 hours later.

The Shocking Results From The Fake POF Profile Experiment

Remember, Daisy was not online during the 24 hour experiment. 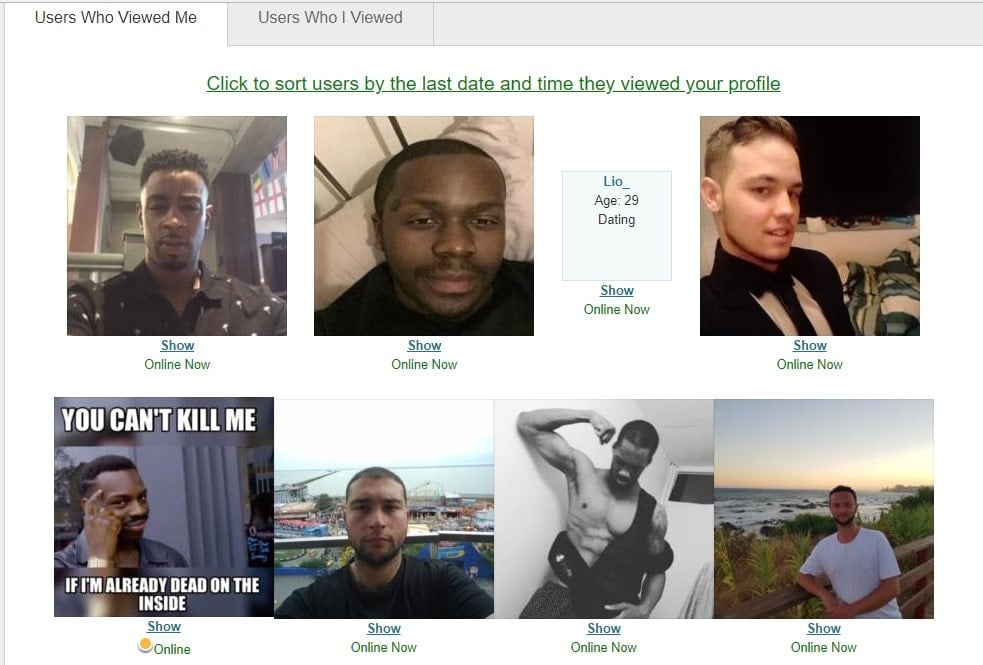 In total, Daisy received 38 messages during the 24 hour period without ever logging in.

Depressingly, when I logged in to take screenshots for this post, the messages starting flying thick and fast. I kid you not – each time I refreshed I had at least one new message.

Look at the timestamps on these messages just as I logged in: 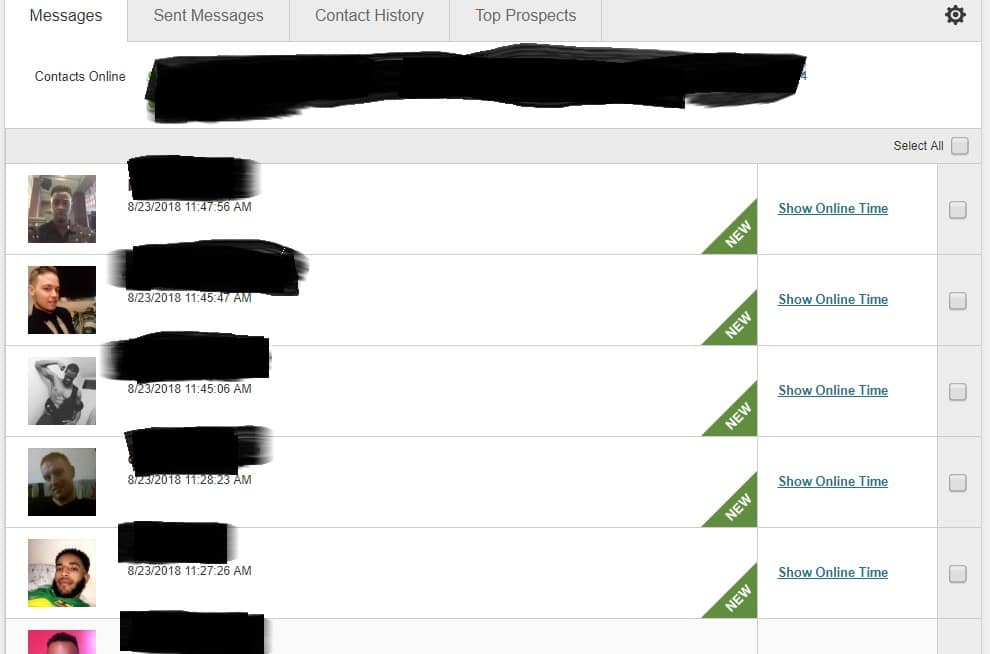 The Messages : What did they say?

I won’t bore you with the content of the messages. Mostly it was just hey, how are you? What are you up to gorgeous (GORGEOUS FOR FU**S SAKE!).

There were a few departures from this standard script. After all, she had 38 messages to pore through (and many more when she logged in – so as men we need to stand out from the crowd!

Here’s a few examples where guys attempted to do just that:

This guy opted for a more persistent approach. Daisy needed her attention piqued with all the attention she was getting. She needed to be chased, clearly: 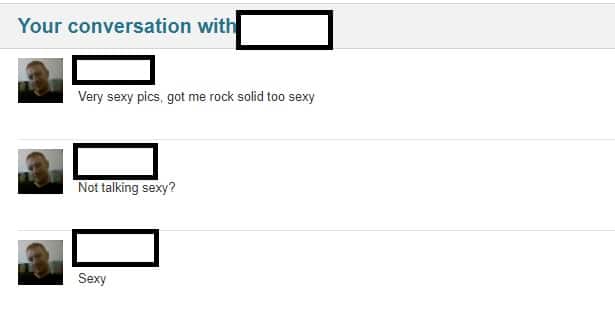 Could Daisy Have Met Any Of These Men And Had Sex?

Yes. I hate to say it…But I think a fair proportion of those men who messaged Daisy had every intention of pursuing it further.

If Daisy messaged back and arranged a date, they would turn up.

IF DAISY WAS A REAL GIRL, SHE COULD EASILY GET SEX WITH GOOD LOOKING RIPPED MEN.

I didn’t show you all the messages. Even in the few examples I showed, the guys are not terrible. Look at some more examples. I just picked these 2 at random. There are many more:

Conclusion of the profile experiment: Reflections On Male Thirst And Sexual Marketplace

I am astonished at how many guys sincerely pursued Daisy. I had no idea male thirst was anywhere near as bad as this.

To entertain sleeping with a girl like that..You’d need to have no standards at all. ZERO. And yet, large numbers of normal – good looking men earnestly pursued her.

If this is what a fake girl like Daisy gets, imagine what a standard 6 would get in somewhere like London / NYC. It hardly bears thinking about.

When I posted the video on Youtube of the Tinder Trap stunt, the comments I got far exceed a normal recent video.

They were angry..Fed up..Pointing out how skewed the sexual marketplace is.

What Does This Fake Profile Experiment Prove – And What Can You Do About It?

My advice will probably not surprise you.

There are a lot of great articles on this site – read them. Success IS still possible – even off online dating.

But overall, you just have to cold approach. There is really no other way of cutting through all the male attention that girls get nowadays.

Remember, that girls live in the moment, it’s kind of all they have.

A good , strong approach where you make an immediate impression, create sexual tension will put you way in front of the competition.

Why? Well, any fool can send a message online or photoshop his Tinder pics. But hardly anyone can approach in real life.

You can subcommunicate your REAL value when you approach, not just how pretty you look in pictures.

Think about your attempts at Tinder. Can you honestly say you’ve got the same results as cold approaching – and that’s if you got any results at all? Of course not.

Try and leave the West – or at least have Eurojaunts, SEA etc.

Go MGTOW. Just give up and resign yourself to hardly ever getting laid.

When you’re ready to pursue option 1, I’ll be waiting. Start with my book Primal Seduction, and go from there.

Hell, just read the posts on this site and then take the step of applying the indepth, actionable information in my products.

Male thirst is not going anywhere, and neither is the skewed sexual marketplace. Getting angry about it will do you no good and will make you bitter.

Why Getting Older Is Great!

Daygame Birmingham : Is It Worth It?