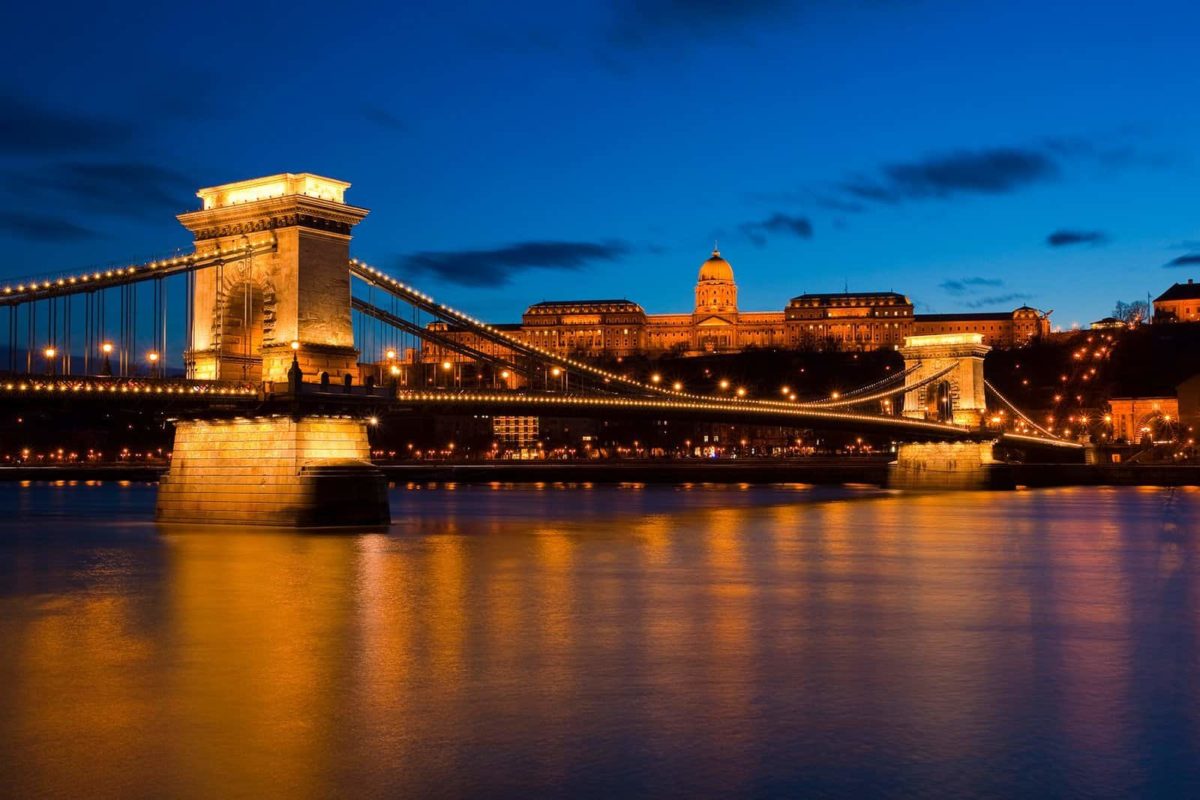 I spent about 1 year living in Budapest in 2015. Here I report back on my assesment of the city in comparison to the UK (and specifically London)

This especially contrasts with London. One thing that continually put me on edge in London was that there are few places where you can get some goddam peace and quiet without someone constantly barging into you.

Think about what happens when the sun comes out in London. You decide to go to a park or a pleasant walk by the river.

The problem is, 1000 000 other people have the same idea as you. No matter what time you go, or what stretch of river you walk by, you’ll be surrounded by a bunch of other clowns taking up space and generally being a nuisance.

I’ve even noticed this particular breed of moron jogging on OXFORD STREET of all places, at a WEEKEND!!

In Budapest, you don’t have these problems. The city is less crowded by a factor of 10. There are plenty of people about, but you always have lots of room.

The city is designed for space. Wide roads, wide paths. And just generally less crowded. Which brings me onto point 2: 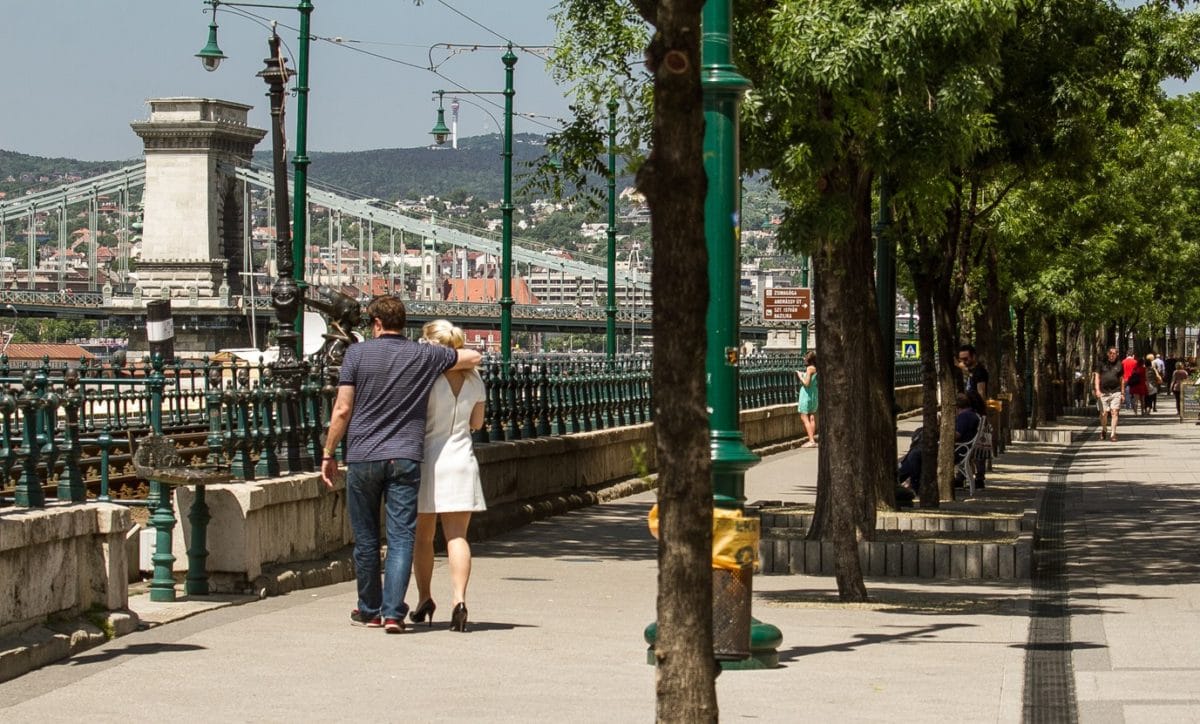 Note I didn’t say less foreigners. The city is teeming with tourists at this time of year, as a ratio, perhaps even more so than London.

But there are less races here as a whole. It’s either the natives (whites), or the tourists. It’s not like London which has every race and creed.

The Young People Are More Civilised

If you’re from the UK this will probably resonate with you. Remember when the riots in London and Birmingham kicked off? I don’t know about you, but I wanted the police to BATTER the little shits with truncheons, water cannon them, whatever was necessary.

What struck me about the riots was that it was so senseless. It wasn’t an outraged protest. No, it was a bunch of self entitled little twats running around thieving because they thought they could get away with it. 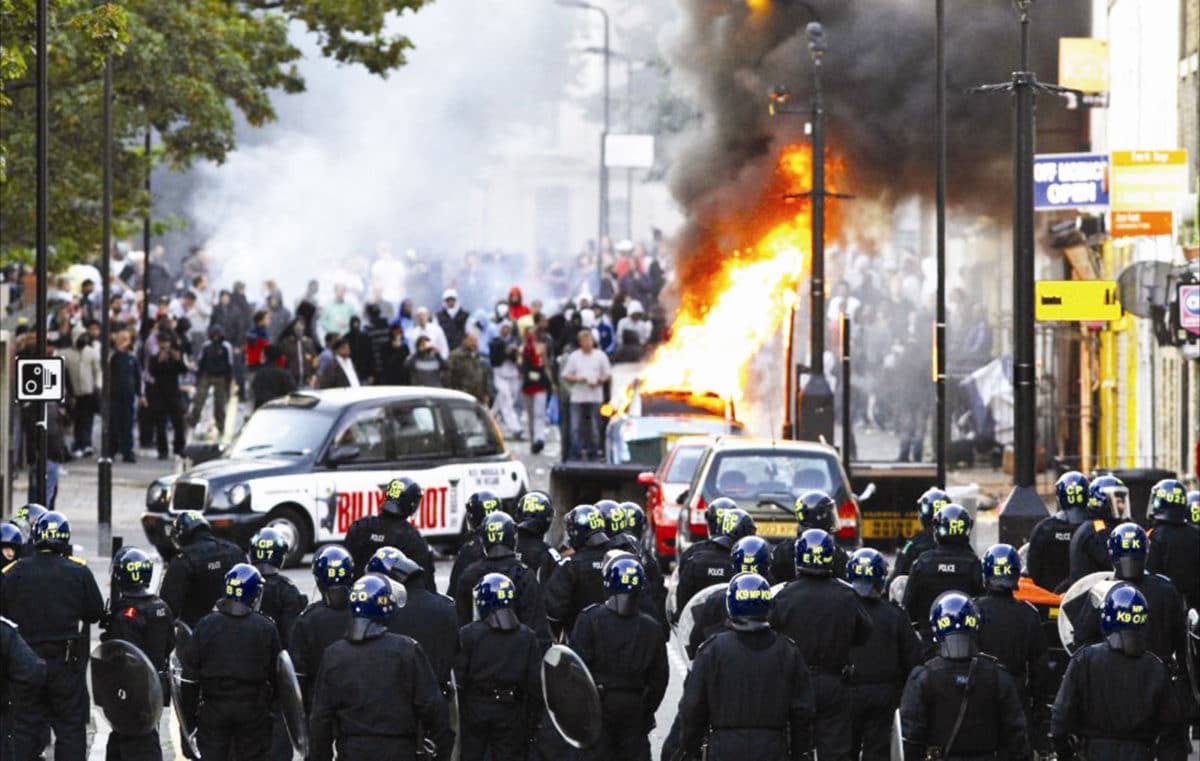 None of this nonsense in Budapest

Whilst the riots seemed to bring this particular breed of vermin to the streets in great numbers, you’ll notice them in London brazenly walking around with the rest of us, typically talking loudly and uncoothly on their phones (with headphones) on the tube, etc etc. The “Yoof”.

You don’t see little scrotes like that here. The average level of civilisation is much higher than the UK.

Over time I noticed in London an unpleasant undercurrent of aggression and general stress. Try crossing the road one nanosecond after the lights change. A CACOPHONY of angrily honking car horns. Have you ever noticed the facial expression of road dwellers in the UK if you DARE to delay them? It’s MURDEROUS!

I don’t have facts and figures to support this, it’s just a vibe I have noticed here in comparison to London. People walk slower here. They are less harried. They are more curious and friendly and eager to talk.

It’s not just the girls either. The guys are more “comradery” with each other. In London, you get the feeling that if you were to fall over hurt people would just walk past you. Here, that wouldn’t happen.

Now this not only extends to everyday life, but the service industry and nightclubs and bars too. I was surprised when I got here that the service in restaurants is so good. They are generally happy to do a good job, on a level comparable with London (probably because the service sector in London is made up of foreginers).

This is definitely atypical for Eastern Europe – for example in Kiev Or Minsk, they will literally wander off and forget you or be downright rude to you if you piss them off. There is NO service industry there.

The nightclubs are 10* better than in the UK

In London there is a pervasive snobbery about a large number of the venues (even the low end places like Tiger Tiger). As a man you are generally treated pretty poorly by the nightclub industry, as if you should be GLAD to be allowed in. 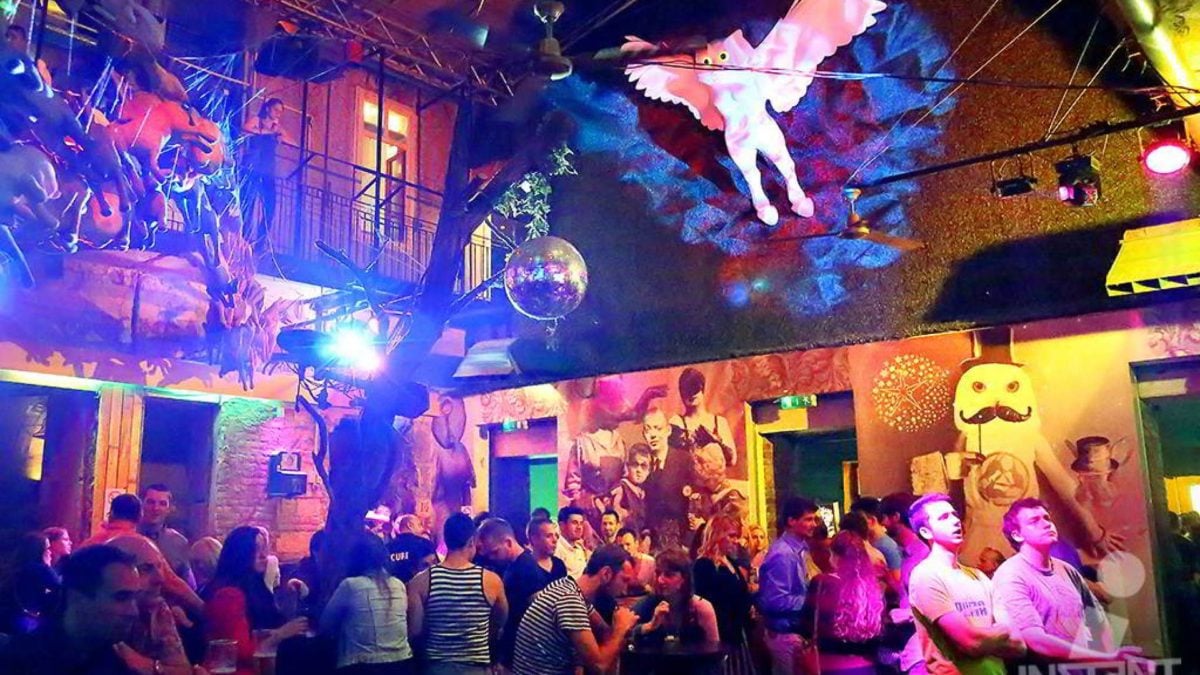 I recall saying several times that when I go to a nightclub in London, it’s the only time I need to beta myself to other men i.e. the bouncers. You can hopefully appreciate that for a man with any sort of masculine pride, this is an unpleasant experience.

This is what gives rise to the idiocy of befriending promoters and door staff and all that kind of fanny on. Befriending a bunch of little numpties to be allowed into a roped off area of a sweaty basement.

Fuck that for a game of soldiers!

It’s different here. The bouncers are masculine men who realise their position. They are there to facilitate YOUR night. There’s none of the club promoter crap. You go to a club, there are hot girls EVERYWHERE, and you have a shot at them. They arne’t herded off to the VIP area like cattle.

The ration of men/women is much more favourable

On that note, the ratio of women / men in an average nightclub is FAR in excess of anything I ever saw in London. I never experienced a cock farm in any of the nightclubs I went to.

Now I believe this is largely because there are simply more hot women here, period. I used to laugh when I went to supposedly “high end” London nightclubs, and I would see a sea of chumps sucking up to average looking girls, at best.

It’s substantially different here. There are objectively HOT girls walking around, and they are not hoovered up to be bored to death by chumps flinging money about.

This leads me onto :

Everyone is better looking in Budapest

It’s not just the women. I’ve never in my life seen as many objectively good looking men as I have seen in a nightclub here. Now this is very different to some parts of Eastern Europe. You’ll see absolute beauties with pig ugly men.

Not here. The dudes are masculine, big and good looking. It’s hard NOT to notice, it’s like an assault to the senses.

It’s not a place a chump can come and score like a bandit, at least not in the nightclubs. Come to think of it, the whole of the FSU is like that, but especially here.

People Are Better Looking On Average In Budapst

My take on the guys being good looking? Good for them! It’s obvious they take care of themselves and make the best of themselves, so they get the Jabba seal of approval!

All I have ever asked is to be given a fair shot at the girls, and on the one occasion I have been to a club here, I did actually pull (and I was alone too so it was pretty tough)

Quality of life is much higher

An obvious one. I have a lovely modern apartment right near the centre. For the price I am paying for it, I would literally get a mice infested shit hole room in zone 5 in London.

There is no comparison.

The food in the restaurants is good. Obviously, the average girl is FAR hotter here, and there are more of them. There are a lot of really hot girls too. Far more favourable than London.

And did you know…The rate of inflation in Hungary is much lower than the UK?

The Culture Is Less Trashy

But it’s what people do with their time as well. You won’t see the “get pissed” moronic culture like you do in the UK. People sit in the evenings in big cafe squares and TALK. Girls come out in their classy dresses and heels and enjoy the company of their friends. 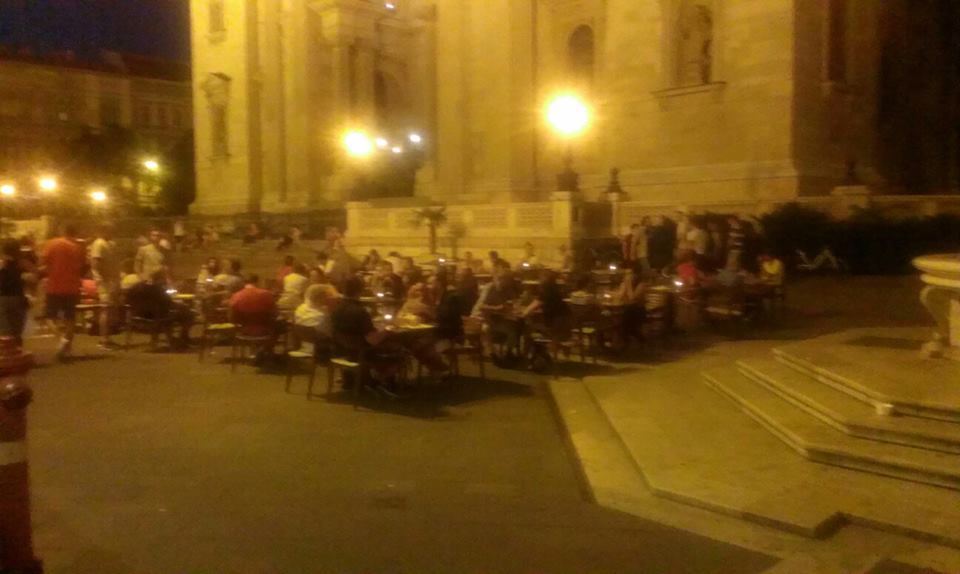 It’s not like London where there is a giant sweaty scrum on the packed streets and everyone (girls included) swill alcohol down their neck. It’s far more civilised and pleasant here.

Also, people do sport here far more than London. This proably explains why people look better and are on average much thinner than the UK.

There are of course some frustrations with moving to a new country. If you ever have to get involved with the bureacracy of the Government, then you’ll find it a much more painful process than in the UK.

Overall though for a single man leaving the UK, Budapest has a lot to offer.

Still, I’d choose Poland over Hungary – check out my related post for an explanation why.