What Is An Alpha Male?

An Alpha Male is a dominant male who is at the top of the socio seuxual hierarchy. Just as in nature, humans stratisfy themselves on a socio sexual totem pole. The guy who sits at the top of the Totem Pole tends to attract the best looking, most desirable females in the greatest number. The Alpha Male therefore has the most sexual access of all males in a group of other men.

Please note the the socio sexual hierarchy is fractal. A man may be an alpha male in one situation, but lower on the totem pole in others.

Note:The Alpha sits at the top of the Socio Sexual Hierarchy alongside the Sigma. We’ll look more into Sigmas later on in this post!

Interest in Alpha Males has steadily grown for years, and appears to have reached a peak in late 2015.

Even before the seminal worldwide bestseller “The Game, Penetrating The Secret Society Of Pickup Artists”, people were searching information on Alpha Males and wanted to know more.

After the publication of The Game, the idea of learning the behaviours and mindsets of an Alpha male became popular.

With a burgeoning new industry teaching men how to get women, websites, forums and teachers appeared to meet the demand. At the very top of the tree, considered the apogee of success was the Alpha Male. 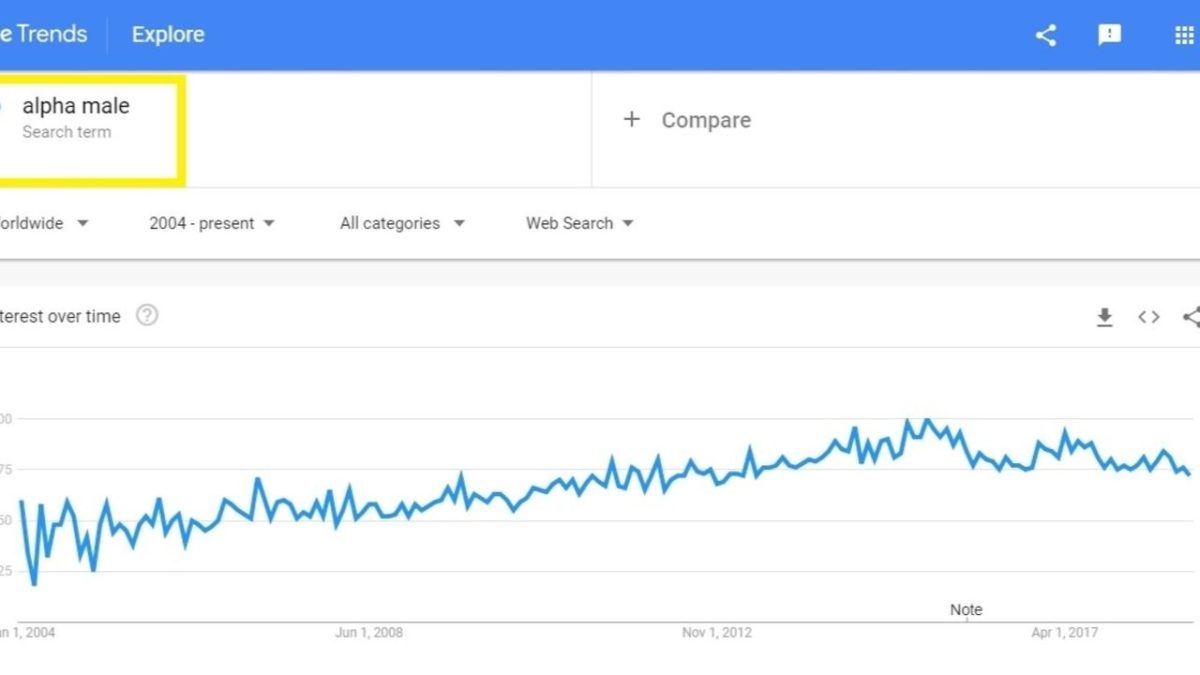 Virtually every pick up school, or system of thought was devoted directly or indirectly to becoming the Alpha Male and getting the girl.

You had classes on alpha male body language. Alpha male mindset. How to walk like an alpha male. Every conceivable aspect of becoming an alpha male was analysed and taught in classes, youtube videos, on websites and in paid products.

I witnessed all of this as it was happening. I heard about The Game right at the beginning and began my research into this new industry immediately. I realised very quickly that a lot of the advice was wrong, poorly thought out and in some cases turned out worse results than actually doing nothing and fumbling your way into a girls knickers without any formal advice.

We started to see absurd, posturing body language from students of the Game like this: 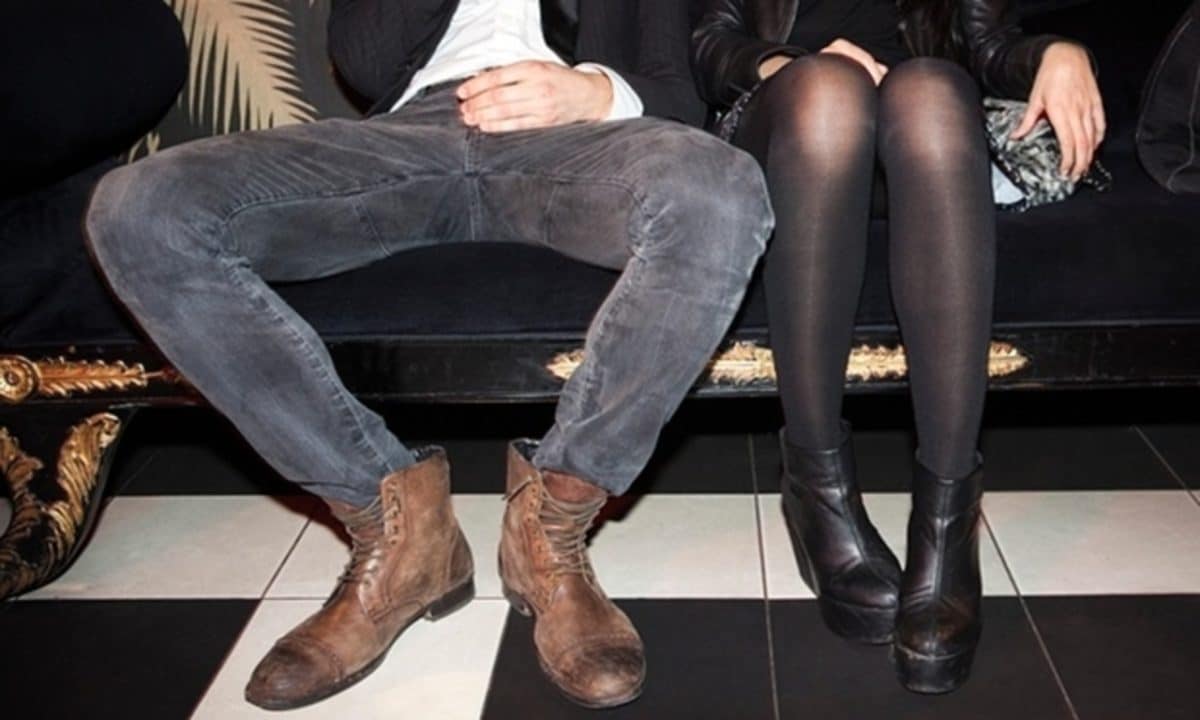 Now before some of the more cry baby elements amongst you start whining, please note that although I am gently mocking the wannabe alphas from the early history of the seduction industry, I am NOT saying that one shouldn’t try to improve one’s lot. Later in this post you’ll find out what I advocate…

It’s not sitting with your legs splayed apart, rudely encroaching on other people’s space, and just inviting someone to punch your face in. Try pulling that off on a crowded subway in London and at least 1 guy is going to kick off with you, I guarantee it. If I was there, I would say something if some pleb was sitting there with his legs splayed open like that. Wouldn’t you?

What I am saying was that the early efforts were so cringeworthy and over the top that it was amusing to me to watch, and downright weird for uneducated onlookers.

If bad body language advice was confined to the small and relatively niche seduction community, it would be trivial.

Unfortunately, it’s even influenced the upper echelons of the UK political class, leading to the ridiculous spectacle of UK politicians practicing their new moves in the full public eye, for the whole world to laugh at and point: 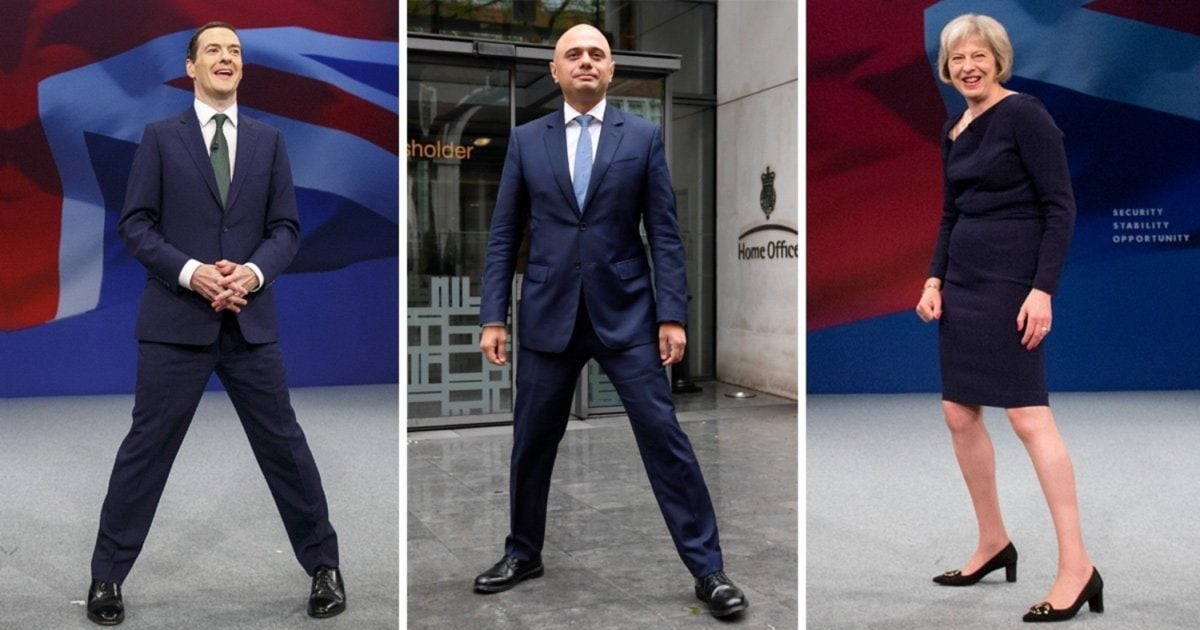 I attended a few seduction seminars right at the beginning, mostly through observation of the early PUA Training seminars.

I remember they were benign and well intentioned at the time, but I’m also aware that even now you have toxic elements of the seduction community still spewing forth their idiotic alpha male advice. I can just imagine the alpha male body language moves and voice projection techniques they advocate:

Thankfully the real bottom feeders dispensing terrible advice seem to be dying out. The pick up seduction community is fading, and has been for years. We may never again be able to laugh at cringeworthy pick up videos and furrow our brow at appalling miscalibrated advice.

It’s been atomised subsumed by a much larger beast : the self improvement actualisation movement for men.

Fueled by rampant feminism, the MGTOW movement and life in general becoming less pleasant for men living in the West, this movement has been gaining ground for years. Whilst there are some fringe elements that advocate fighting against the Globalist order to protect your country, women and land, there is a sizeable section of the movement that says:

“Fuck it. Go your own way and do your own thing. Enjoy the decline and get away from the madness of the PC Culture, feminism and anti male government bias. Carve a life out for yourself and get women and wealth your own way.”

This is where the Sigma Male comes in.

I’ve been living a nomadic life for about 10 years. I didn’t need a leader or movement to tell me something was desparately wrong with life in the UK. I knew this 28 years ago when I was an angry young man, dissatisfied with the path that I was supposed to tread.

Go to school get good grades (I did, despite having to change school 3 times), get a degree, get a job, house and kids.

Fuck that noise. I knew early on it wasn’t for me.

I gradually moved away from it until I took the leap and lived a fully nomadic life in 2006.

Whilst I was ahead of the curve, you can see this option is becoming increasingly attractive to a lot of men. And the term that is being searched for, that has captured the imagination of men all over the world is Sigma Male.

Look at the searches for Sigma Male for the same time period as our early look at Alpha Male Searches:

Whilst there is a growing interest in living this lifestyle, it does take a particular mindset and set of skills to make it work well for you which I’ll explain.

Let’s start off by looking at the difference between Alpha Game and Sigma Game.

Notice that Alpha Male game requires you to learn a lot of new behaviours, body language moves and mindsets that are profoundly unnatural to a lot of men.

Furthermore, a true Alpha Male often meets women through an ecosystem where he sits at the top of the pecking order, and women come to him as a side effect.

As I’ve discussed in related posts and videos, building an ecosystem like this is an awful fanny on for most men…And beyond what 99% of men can accomplish.

Fundamentally, the alpha male shoe don’t fit for the vast majority of men. This is why you ended up with such absurd, comical displays of “alpha” behaviour and body language in the early days of the seduction community.

How Becoming A Sigma Male Is Different (And Better)

Becoming a successful Sigma Male is a different journey. Whereas you need to learn external behaviours like power body language, dominating other men, taking over a group, building an ecosystem, to become a successful Sigma you really need to introspect and learn to master yourself….And what I call the cornerstone characteristics 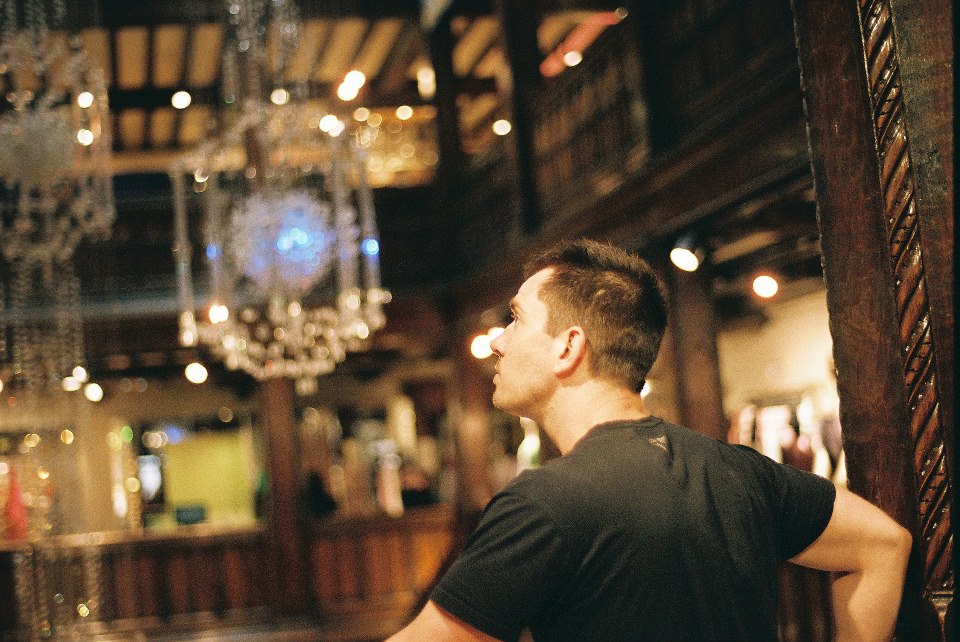 Me pretending to introspect and look deeply within myself, on camera

Sigma game is predicated on the assumption that every success you have with a woman comes from YOU – and JUST you. It will not come from any ecosystem of value that you’ve created.

You need to create these successes yourself, with the power of your charisma, sex worthiness and presence. The woman will like you just for you, not any rewards that you can bring her aside from your company and in bed.

Fortunately I’ve studied and worked out the mindsets and behaviours that an aspiring Sigma Male needs to get the best looking women ever since I left the UK in 2006 and systemitised the process so anyone can follow it.

A strong identity can be boiled down to knowing:

It is based on your beliefs.

If you ask most people to describe themselves, they will probably tell you what their job is. But to paraphrase Tyler Durden in Fight Club:

None of these things define you. When it comes to attracting women, all you really ever have is yourself. A strong identity is what roots you and broadcasts to women who you really are.

Amazingly, many men go through life and really don’t know who they are. They become lost in their career, the acquisition of wealth, material goods, etc. (usually in the mistaken belief that it will make them more attractive!) It does not.

Another trap is losing yourself in your partner. Many men lose a sense of themselves by spending years with their respective partner and losing who they really are in doing so.

We’re not interested in defining ourselves through other people, or being dictated to about what we like or don’t like. Building a strong identity is a process of introspection – by finding out what you REALLY want and value in life..And then protecting yourself from outside influences who would try and sway your opinions and beliefs, or knock you off course.

You need this to become a successful Sigma Male

Please note – Alpha Males typically have strong identities too. What’s different here is that as a Sigma male, you strengthen your identity not as a tool to dominate others and lead…But to successfully navigate your world and carve our your own niche for yourself…Sexual, social and financial. Wherever you happen to be.

If you were to summarise the difference between Sigma Male Game and Alpha Male Game, it would be that Alpha Game requires you to build ecosystems and dominate others..

Sigma Game requires that you have tight control over yourself and become totally self sufficient.

Why Alpha Male Game Is Stale, Whilst Sigma Is Growing

I’m sure you can see why interest is growing in learning how to become a Sigma Male. More and more men have simply had enough, and foresee a happier life abroad with hotter more feminine women in countries like Poland, Ukraine and Russia.

In order to make this dream a reality, you will clearly a strong Sigma mindset – a love for independence, and the balls to drop everything and cast out on your own.

In Primal Seduction I break down all the most powerful mindset qualities of a successful Sigma Male which I’ve learned ever since I reached adulthood 28 years ago. The book contains action plans so that anyone can learn it too, as well as all the Cornerstone Characteristics that I’ve introduced here.

In the Secret Society, I teach you everything you need to know about the mechanics of approaching and attracting hot women – wherever you happen to be. You don’t need to build a value ecosystem to get the girls – It’s all contained within YOU.

Wherever you go – even a new city you’ve never been to before – you will develop the power to pick up the best girls without a wingman, a social group, and without having to spend money. The girl will like you for who you are.