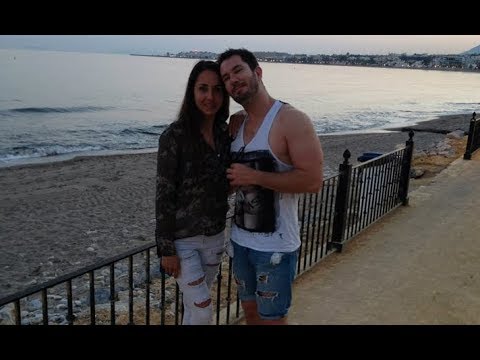 The 4 Types Of Approach

You can split up approaches into 4 main types based on the probability of a favourable result i.e. a “solid” close, from number to actually bedding the girl.

This type of approach has the highest chance of success. I’ve covered IOIs and approaching extensively in Secret Society (5 hours worth of material). This post is about the other 3 types of approaches, so we won’t go into much detail about approaching from IOIs here. Just as a basic refresher:

When you receieve an IOI from a girl, she is basically signalling that she is already attracted physically attracted to you. It’s your job to approach her and amplify or at least maintain this initial favourable impression by how you present yourself when you go and talk to her.

There are “strengths” of IOIs, which denote how subtle or overt they are. A strength of 10 would be something like a girls tongue hanging out, huge eyes staring at you as you approach, then turning her head when you walk past, stopping and imploring you with her eyes to approach her.

A more subtle 5 or 6 would be a simple cut of her eyes left or right as you approach and walk past, with a tiny bit of eye sparkle. This is much more common.

Don’t make the mistake of thinking that a lower strength means she is less attracted to you, it doesn’t work that way. She may just be naturally less demonstrative, shyer, in a grumpy mood or perhaps doesn’t want you to know she is “checking you out”.

When you force IOIs consistently, you’ll be much more motivated to continue approaching women because you get used to better reactions, your state increases and you’ll naturally be more “on point” when you approach. It’s a positive feedback loop.

That’s enough to work with.

NB The mutal attraction part of the description means that you also like the look of her!

Level 2 : Spidey Sense, Like The Look Of Her + Turned On

This 2nd level approach is less likely to succeed but still has a pretty good chance. Spidey sense means you have an intuition that your approach will be successful, largely based on your past experience (or more specifically, your past reference experiences with this TYPE of girl, or her behaviour, that have been successful).

Let’s break down all 3 elements in more detail:

What Is Spidey Sense?

It could be anything that is unique to you. I believe that all of us have a hardwired DNA attraction to certain personality types, position on the r/k spectrum, fundamenal body shape, overall “look”, personality type. So , it stands to reason that we will naturally be “drawn” to certain types of girl…And vice versa.

This could be activated based on any number of criteria that you have learned tend to lead to succeess. For example:

Girls that are walking slowly with no clear purpose, apparently daydreaming and pausing now and again to look at something.
Girls that are wearing a backpack.
Highly sexually agressive looking girls – short skirt, heels, large breasts straining against a sheer crop top. Bright lipstick. Large round buttocks.
Shy looking student girls.
Girls that glance quickly at you, then studiously look AWAY from you with a confused look on their face.

As mentioned, part of this selection bias is the guys past history of success (their reference experiences). More guys are going to be more comfortable approaching shy, more naive girls than sexually agressive girls who look like they could fuck your brains out, because they are more intimidating (and in truth, probablty harder to pull). Those kinds of girl tend to appeal to the more experienced, cocky and agressive kind of men, which are naturally a smaller % of the male population.

Within the set of girls that you get a spidey sense about are those that you really like the look of. So within this level, you’d want to approach a girl who you get a strong spidey sense about, AND you really like the look of her. This is more likely to succeed because part of generating attraction (or amplifying it with a girl) is when you authentically demonstrate that you are attracted to the girl.

Consider it a general rule of thumb that you will do better with girls who you are genuinely attracted to (so long as they don’t intimidate you, and you feel entitled to them), than those that you don’t. This is why I don’t advocate “practicing” on girls who you are not legitimately attracted to. If you do, you won’t be bringing your real “game” to the table…It’s a qualititively different experience.

About the turned on part of this level:

Consider it another rule of thumb that if you are somewhat turned on then you are more likely to have success. Now, there’s ways of displaying this and harnessing it’s power. See section “creating sexual tension” for more on this vital component of a successful approach.

Level 3 : No Spidey, Like the look of her, lower sexual state (not turned on as much)

This is probably the most common type of approach that guys do when they do Daygame. Typically when you do a daygame session, you’ll get a spidey sense or an IOI (forced or not) infrequently. So by default you’ll tend to be within this range more often than not.

Because receiving IOIs and getting spidey senses more often results in a positive feedback loop, you’ll find that it can help you to get more turned on…Which in turn helps you to recieve more positive feedback. However this tends to happen rarely.

So, this is bread and butter daygame. The trick is to maintain a steady state and use the vibe maintenance and repair techqniques that I’ve outlined in my book Primal Seduction

Just to break it down :

No spidey : You don’t have any past reference experiences or intuition that you’ll receive a positive response from the girl when you approach her.

There are good reasons why most guys will only do daygame in somewhat favourable weather conditions (at least when the daygame is conducted outdoors). Bad weather, wind, cold, and obviously rain and snow will quickly extinguish any sexual state you may have had.

When the weather improves, this is still the most likely level that you’ll be operating on most of the time. Aside from all the vibe repair and maintenance techniqiues I outline, you’ll also want to maximise your chances of free and easy vibe / sexual state boosters. See my video on Pre Approach Game for more on this.

Level 4 : No Spidey Sense, Not particularly attracted to her, low sexual state.

This is the least optimal kind of approach and I wouldn’t recommend bothering. There is really no point in approaching a girl who you don’t like the look of, who would would not bang just for the sake of it or practice.

You generally won’t receive a spidey sense because you won’t have approached this kind of girl before often, and therefore don’t have enough reference experiences to build up the spidey sense. Your sexual state will be low because there’s no rush of chemicals in your body when you look at her.

Try to avoid doing level 4 approaches. They are not good for you or her.